The Italian Air Force has identified the new trainer that will replace the SF-260EA in the role of initial flight screener of its student pilots.

The mock-up of the new indigenous project, dubbed T-344 V.E.S.P.A. (Very Efficient Smart Power Aircraft) was unveiled during a press open day organised at Cameri airbase as a side event of the EURAC (European Air Chiefs’ Conference) on May 7.

The T-344 is based on the Caproni C-22J, a light jet-powered aircraft developed in the 1980s: it features a side-by-side digital cockpit, two 170-kg thrust engines, retractable tricycle undercarriage, maximum speed of Mach 0.48 and service ceiling of 25,000 feet. 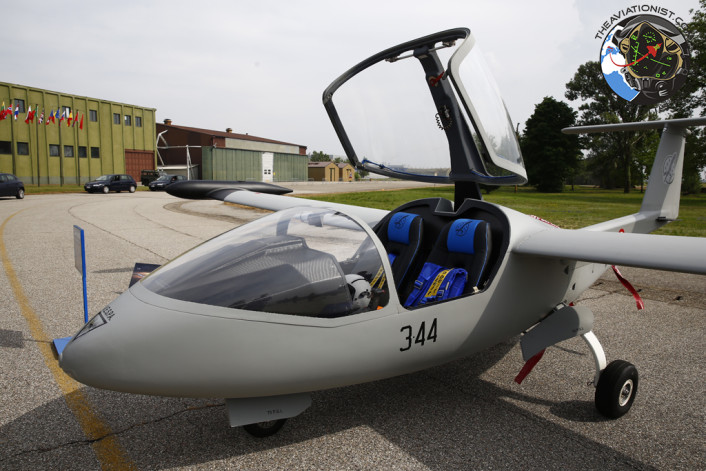 The cockpit is not pressurized, meaning that the pilots will have to use the flight helmet and oxygen mask. 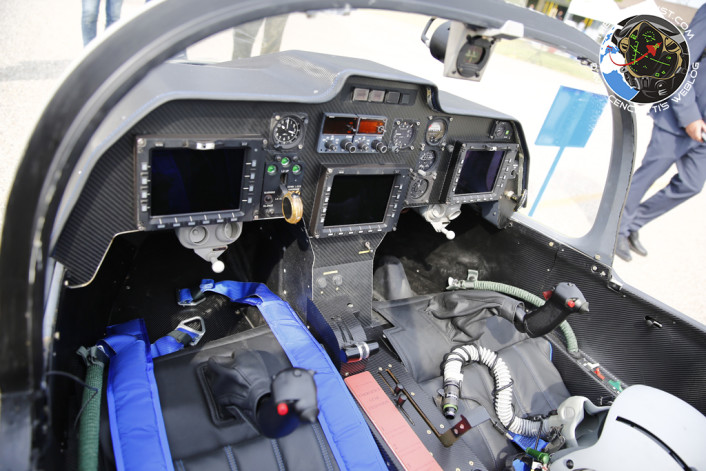 The V.E.S.P.A. is being developed through Reparto Sperimentale Volo (Italian Air Force Test Wing based at Praitca di Mare) by the ItAF itself, that will assign production to an aerospace company at a later stage.

With the new jet trainer the Italian Air Force will complete the renewal of its fleet of trainers that in the future will be based on three flight lines: T-344, T-345 (ItAF designation for the M-345 HET) and T-346 (already in service at 61° Stormo multinational training hub).

Interestingly, other innovative projects were showcased at Cameri. 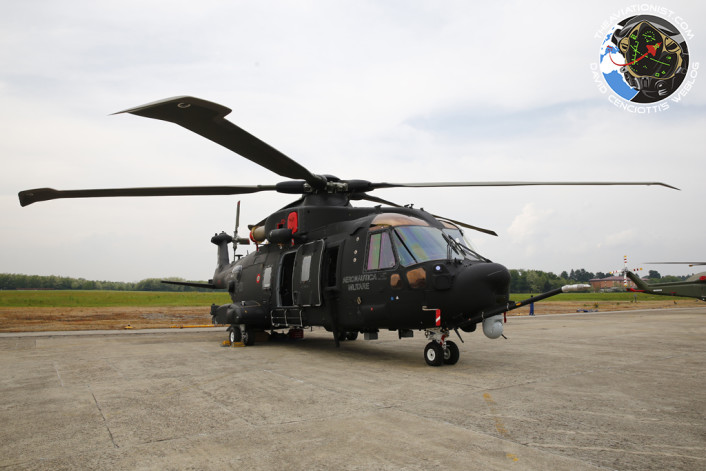 Among them, the AgustaWestland HH-101A Caesar, the new CSAR (Combat Search And Rescue) helicopter that the ItAF will use for Special Forces support, Personnel Recovery in hostile environments, MEDEVAC (Medical Evacuation) and SMI (Slow Mover Intercept) missions; the Alenia Aermacchi MC-27J Praetorian, a gunship version of the successful C-27J Spartan equipped with pallettized machine guns, targeting sensors and C3I-ISR (Command, control, communications and intelligence – intelligence, surveillance and reconnaissance) systems; the AgustaWestland AW-149, that could find its way to the ItAF SAR fleet in the future; and the P.1HH HammerHead UAS (Unmanned Aerial System), that the ItAF has already procured (three UAS systems, consisting of six aircraft and three ground stations and complete with ISR configuration, that will be delivered early next year). 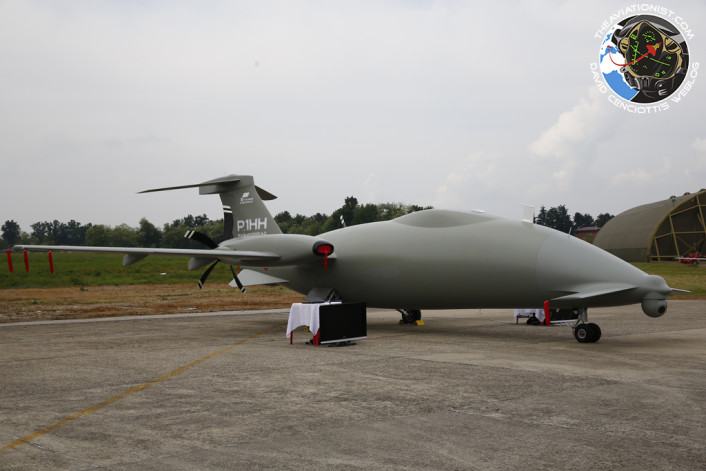 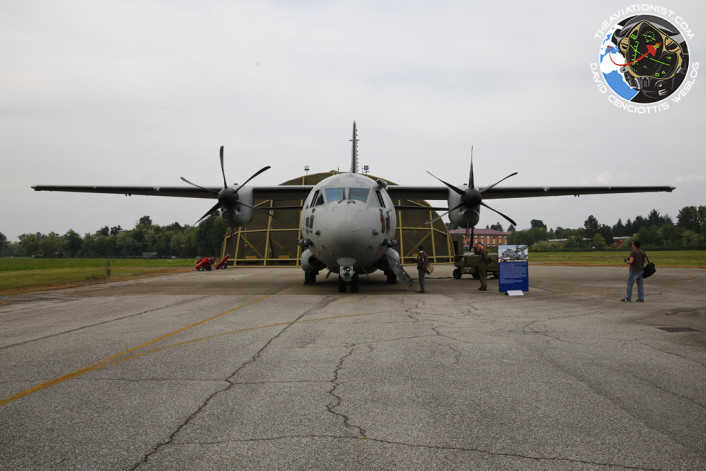 Even a scale model of the MALE 2020 medium-altitude, long-endurance UAV project developed by Italy, France and Germany. 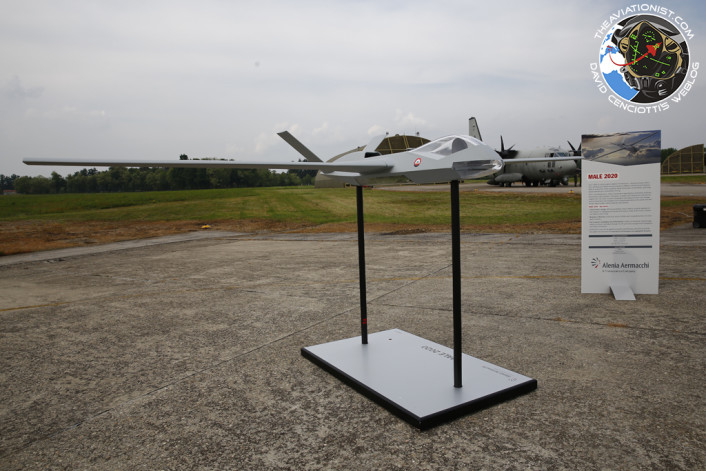 Among the future project, even some very known ones, including the Eurofighter Typhoon, the T-346A (carrying dummy IRIS-T missiles), the mock-up of the M-345/T-345 in the Frecce Tricolori color scheme, and the HH-139 SAR helicopter. 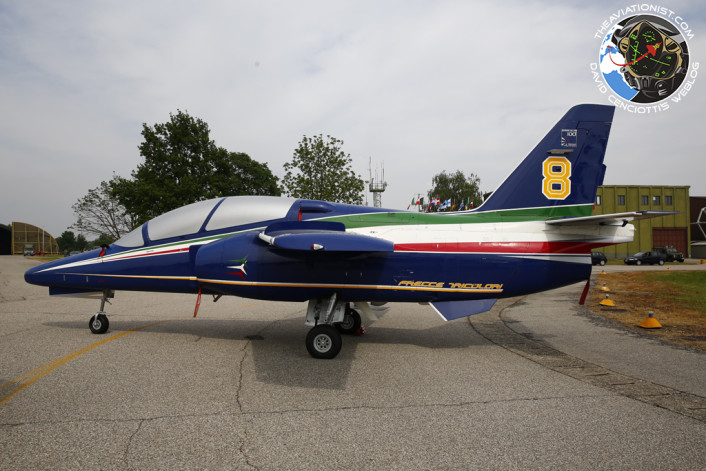 Also one the two F-35s assembled in Italy and destined to the Aeronautica Militare could be seen at Cameri, along with the two types the Joint Strike Fighter is going to replace in the ItAF, the Tornado and the AMX, as shown by the much interesting image below: 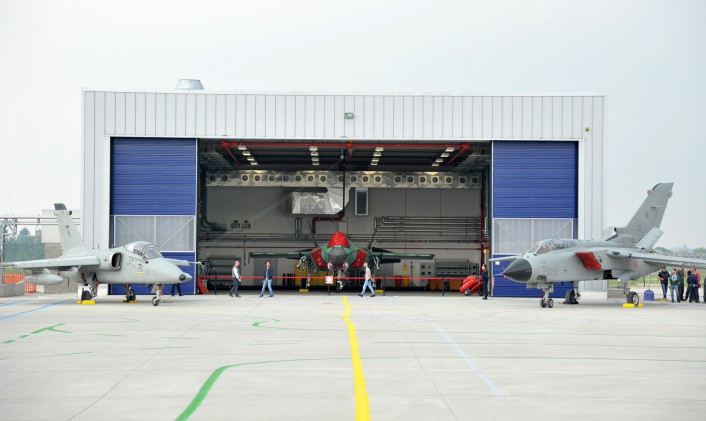 All the images in this post were taken by The Aviationist’s photographer Iolanda Frisina during the press day at Cameri airbase unless otherwise stated.