The first AW101 for the Italian Air Force, designated the HH-101A “CAESAR”, made its maiden flight at AgustaWestland’s Yeovil facility in the UK

The new helicopter, in an interesting black color scheme, made its first flight at the presence of the Italian Air Force Chief of Staff Gen. Pasquale Preziosa and other representatives and dignitaries from military services and public authorities.

The HH-101A will be the backbone of the Italian Air Force’s rotary wing fleet that was already modernized with the HH-139 for Search and Rescue.

The first two examples of the HH-101A will be delivered in Q4/2014 in Personnel Recovery and Special Forces missions configuration.

Italian Air Force Chief of Staff Gen. Pasquale Preziosa said “The HH-101A will respond to the Italian Air Force’s needs for Personnel Recovery and Special Forces Operations. It will also support SAR, MEDEVAC and Slow Mover Intercept operations which are extremely important to provide effective support to the Italian community.”

The HH-101A will be able to host a combination of up to five crew members plus twenty fully equipped troops or six crew members plus 8 troops for special operations ensuring maximum flexibility. The helicopters will also feature three M134 7.62 mm pintle mounted Gatling-type machine guns installed on right and left sides and on the rear ramp, armoured cockpit seats, ballistic protection for machine gun operators as well as for critical systems and an Integrated Electronic Warfare System providing self-protection against radar, laser and infrared threats. The HH-101A will also feature an air-to-air refuelling kit for extended range operations. 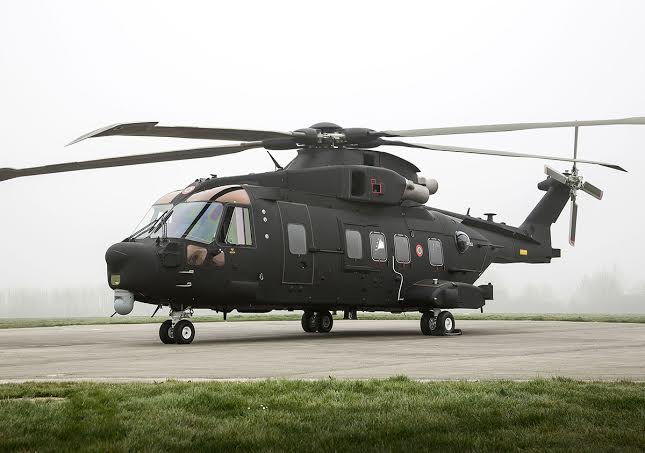 Italy to provide Israeli Air Force with the M-346, an advanced training plane that "already looks on to the F-35".

On Feb. 16, Israel’s Ministry of Defense has announced the selection of the Italian M-346 Master as replacement of the aging Air Force’s fleet of A-4 Skyhawks, used as advanced trainers for combat pilots designated […]

Some stunning pics of the new HH.101 “Caesar” helicopter for the Italian Air Force