The following picture, taken at Farnborough International Airshow, gives a hint of what you might expect to find inside a modern (combat) helicopter.

The HH-139A is the military variant of the AgustaWestland AW139 helicopter operating with the Italian Air Force.

The multipurpose chopper, is equipped, among all the other things, with an integrated NVG-compatible glass cockpit featuring 8in×10in active matrix liquid crystal displays with advanced graphics generation capabilites and cursor control devices. 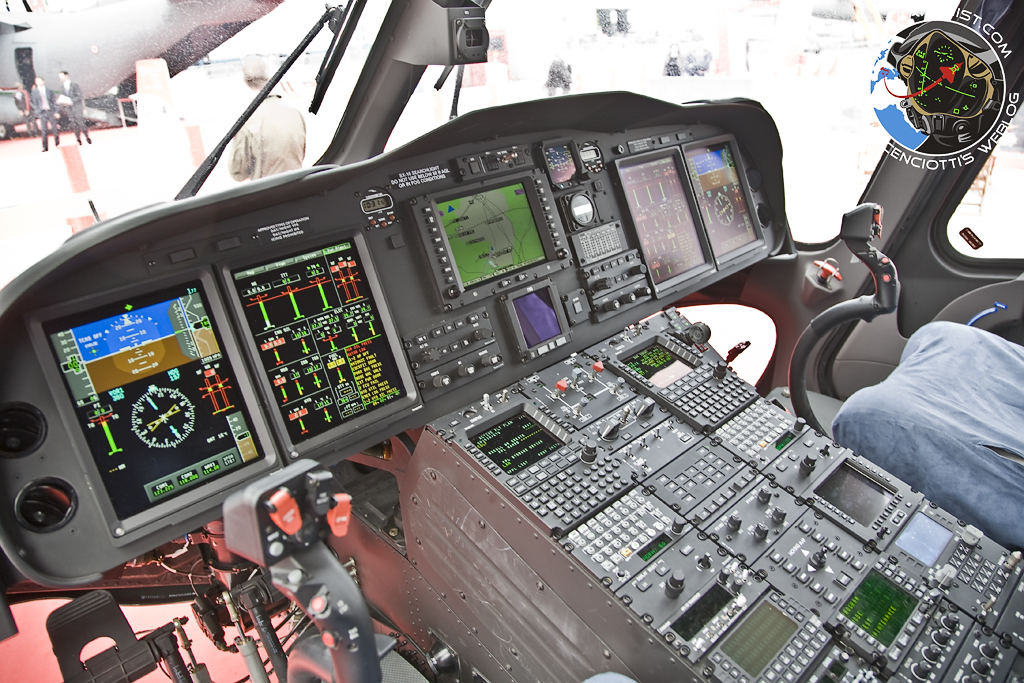 Of course, you don’t need to be a computer freak to be a HH-139A helicopter pilot. But you’ll feel much more comfortable in such an advanced cockpit if you have some basic System Administrator’s skills.

It’s the first time the Frecce Tricolori paint one of their aircraft with a special color scheme. The “Frecce Tricolori” display team, the only one in the world to perform a display with 10 jets, […]

With the imminent end of the Peace Caesar programme, scheduled for 2010, the 23° Gruppo of the 5° Stormo of Cervia has been flying its last sorties with the F-16 ADF as part of its […]

First Italian KC-767 (not) delivered to the Italian Air Force

On Feb. 26, 2010, FlightAware Alert Service sent me an automatic mail as the aircraft with registration N764TT had filed a Flight Plan (FPL) from KIAB (McConnel AFB) to LIRE (Pratica di Mare). I configured […]