Along with the KC-767s, already supporting the coalition forces with an aerial refueling capability, Rome has committed four Tornado IDS and two Predator drones to the war on ISIS in Iraq and Syria.

The Italian Air Force is about to move four Tornado IDS attack planes, belong to the 6° Stormo, from Ghedi airbase, to Kuwait, to join the US-led coalition that is fighting ISIS in Iraq and Syria. According to DefenseNews, the aircraft are going to be based at Ahmed Al Jaber air base in Kuwait, the same country where Rome has deployed one of its brand new KC-767 tankers.

The aircraft will not be used to perform air strikes (although they could join the raids at a later stage as happened to the AMX in Afghanistan), but will perform reconnaissance mission: a role the Tornados have already undertook in Libya and Afghanistan.

For this kind of mission, the aircraft usually carry a Rafael Reccelite reconnaissance pod: the Reccelite is a Day/Night electro-optical pod able to provide real-time imagery collection. It is made of a stabilized turret, solid-state on board recorder that provides image collections in all directions, from high, medium and low altitudes. 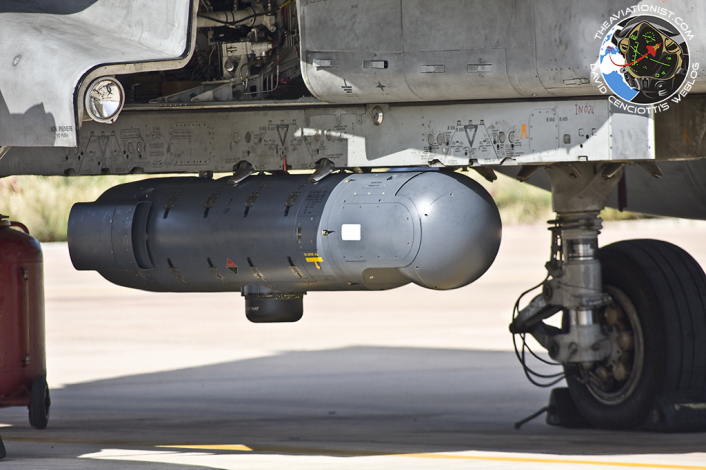 The Reccelite reconnaissance pod is used to broadcast live video imagery via datalink to ground stations and to ROVER (Remote Operations Video Enhanced Receiver) tactical receivers in a range of about 100 miles.

The pod can also be carried by the AMX ACOL, the light tactical jet that has performed close air support/air interdiction and ISR missions in support of ISAF from 2009 until the summer of 2014.

Also based in Kuwait are two MQ-1C Predator A+ from Amendola airbase, that are tasked with ISR (Intelligence Surveillance Reconnaissance) missions in Iraq.

The Italian Air Force operates a mixed force of 6 MQ-9 Reaper and 6 MQ-1C Predator both assigned to the 28° Gruppo (Squadron) of the 32° Stormo (Wing).

The Italian UAS (Unmanned Aerial Systems) have already operated in Iraq between January 2005 and 2006 when the first RQ-1 Predator A was deployed to Tallil airbase, in Iraq.
Later, two Predator A+ (designated MQ-1C A+ a standard to which all the former RQ-1 were upgraded) were deployed to Herat, in Afghanistan, to perform a wide array of missions: mainly MEDEVAC (Medical Evacuation), support to TIC (Troops In Contact), IED (Improvised Explosive Devices) monitoring and Convoy Escort.

The Italian unarmed drones will probably be involved in High Value Target surveillance and Reconnaissance (and, maybe special ops support). 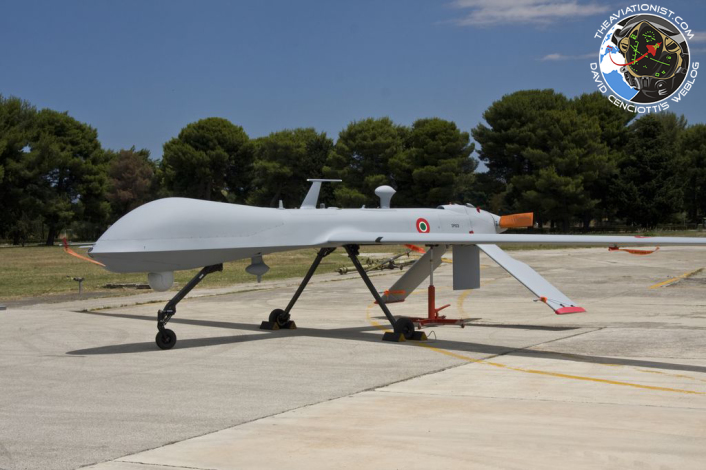 Although it was not disclosed, most probably Predators will be employed in Iraq as they were employed in Afghanistan: in accordance with the so-called Remote Split Operations (RSO). During RSO, aircraft is launched from a local, in theater airbase, under direct line-of-sight control of the local MGCS (Mobile Ground Control Station).

Then, by means of satellite data link, it is taken on charge and guided from Amendola. When the assigned mission is completed, it is once again handed over to a pilot in Afghanistan, who lands it back to Herat airbase. The 1-second delay introduced by the satellite link is not compatible with the most delicate phases of flight; hence, aircraft are launched and recovered in line-of-sight by the deployed MCGS (US drones use the same kind of remote control).

On May 22, 2013, the Triton high-altitude unmanned aircraft successfully completed its first flight from Northrop Grumman’s Palmdale manufacturing plant, California. The unmanned aerial vehicle took off at 07:10AM and remained aloft for about a […]

Another small-scale Hudson’s ditching was performed with success on Feb. 6, when Mr. Bolle ditched its Piper Chieftain in the waters of Darwin Harbour following a loss of power in one engine a few minutes […]

As Syria and Turkey exchange fire for the seventh straight day, Ankara has announced up to 25 F-16 fighter jets were moved closer to the border, at Diyarbakir airbase. The aircraft represent the manned component […]