As the air war in Afghanistan winds down, hitting a 3-year low in terms of combat sorties, Italy is about to lift one of the national caveats that has denied the Air Force’s AMX light bombers deployed to Herat, to carry PGM (Precision Guided Munitions) in combat.

In fact, although being able to carry bombs to support ground troops, the Italian AMXs, that emerged as some of the most cost-effective assets during the Air War in Libya and, much earlier, during the Allied Force in Serbia and Kosovo, were not allowed to carry any LGB (Laser Guided Bomb) or GPS-guided JDAM (Joint Direct Attack Munition) .

So far, Italian ground troops in in trouble in Afghanistan have relied on AMX’s gun or….U.S. air support.

Since they could not carry bombs, AMX have mainly conducted reconnaissance missions in Afghanistan, using the Reccelite pod.

Following the experience in Libya, where the Italian planes have largely made use of bombs to protect Libyans threatened by pro-Gaddafi forces, in the last few days, the Minister of Defense Giampaolo Di Paola, has said before the joint defense committees of both houses  that the MoD is willing to use the aircraft “without limitations.”

The use of precision bombs will not change the ROE (Rules of Engagement) said Gen. Biagio Abrate, Joint Chief of Staff, who added: “In Libya, we dropped the bombs and we did well.”

The AMX will be allowed to carry the GBU-32 JDAMs, the GBU-16 Paveway, and the Lizard guidance kit that enables 500-lbs Mk82 bombs to hit the target illuminated by the laser.

Abrate also explained that the MoD is willing to provide weapons to the Predator UAS (Unmanned Aerial System) that in Afghanistan is used for reconnaissance duties only. Both the Predator A and the B (Reaper), that was used in Libya to boost NATO’s ISR (Intelligence Surveillance Reconnaissance) capabilities, can carry bombs even if Italy has not procured missiles and PGMs for them yet. 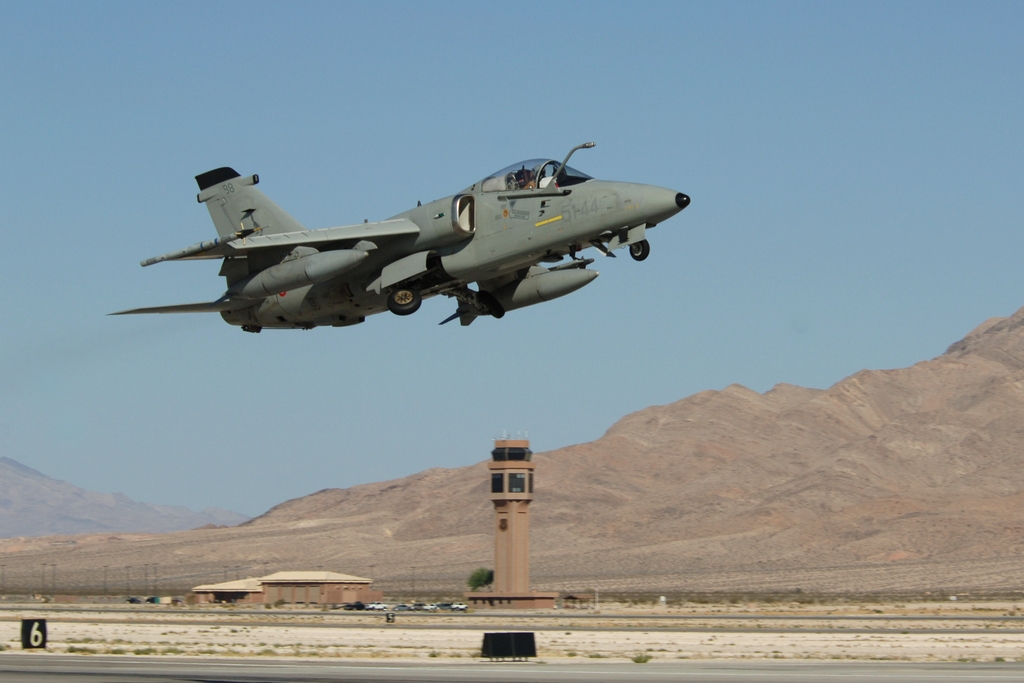 An AMX taking off from Nellis AFB during a Red Flag (credit: Italian Air Force)

Retired by the US Navy more than seven years ago, the iconic Grumman F-14 remains in service with the Islamic Republic of Iran Air Force (IRIAF). Iran extensively used its Tomcats in the Iran-Iraq War […]

The mission of escorting large aircraft and act as a “bait” for MANPADS dates back to the the Soviet-Afghan War when it was dubbed “Mandatory Matsurov”. The Russian Ministry of Defense has released an interesting […]