After publishing the video taken by an Italian AMX over Afghanistan I’ve received, through the Italian Air Force Press Office the following pictures taken by the Task Group “Black Cats”, deployed to Herat. The

TG has recently reached the 2.000 flying hours milestone, flying ISR (Intelligence Surveillance and Reconnaissance) missions in support of the ground forces and local population. As Maj. Michele Grassi, commander of the “Black Cats” recently affirmed: “The 2.000 hours we have achieved allowed us to process and interpret more than 17.000 photographs and to perform an accurate analysis of about 1,300 targets in support of groun

d security forces. Reconnaissance sorties have also been useful to check the status of bridges, roads and schools, rebuilt even in areas outside the Italian area of responsability”. Manned and Unmmanned aircraft (like Predator UAVs) provide a privileged and complementary perspective of the area of operations: the Predator, in fact, can remain airborne for more than 20 hours and, with its sensors, it can seamlessly control a specific purpose for long time slots; the AMXs move faster and achieve their goals in a shorter time, even at great distances, ensuring the immediacy of the action. 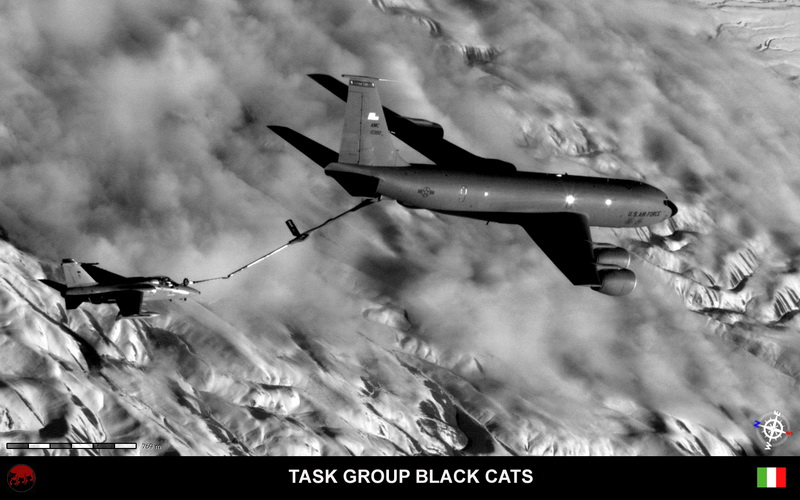