Former Italian Chief of the Defense Staff, Adm. Giampaolo Di Paola, has been named Italy’s new Defense Minister as part of a Cabinet named on Nov. 16 and led by Mario Monti, the former European commissioner who was appointed as Prime Minister after the resignation of Silvio Berlusconi.

Di Paola is one of the nonpolitical appointees that form the Monti’s Cabinet, whose task is to implement the package of economic cuts aimed at reducing Italy’s public debt and prevent a default. He was born in Naples, commanded the Marina Militare (Italian Navy) Submari

Currently serving as the chairman of NATO’s military committee,  Di Paola is an expert in Anti-Submarine Warfare and has been the commander of the Garibaldi aicraft carrier.

He got the news that he was named Defense Minister, replacing former MoD Ignazio La Russa, while at Kabul, in Afghanistan, and he’s the first military in active service to be part of the Government since Jul. 24, 1943, when King Victor Emmanuel dismissed Benito Mussolini and appointed Gen. Pietro Badoglio as Prime Minister.

Although he is a “sailor” he has flown the Eurofighter Typhoon of the 4° Stormo as passenger on Sept. 29, 2004. Furthermore, his name will be forever linked to the history of the legendary Lockheed F-104 Starfighter: on Jul. 27, 2005, he flew with Col. Eugenio Lupinacci (on the right, in the image below), commander of the Reparto Sperimentale Volo (Italian Test Wing), on board the TF-104G-M MM54260/RS-08, during the Italian Air Force (and world’s) last F-104 Starfighter flight. 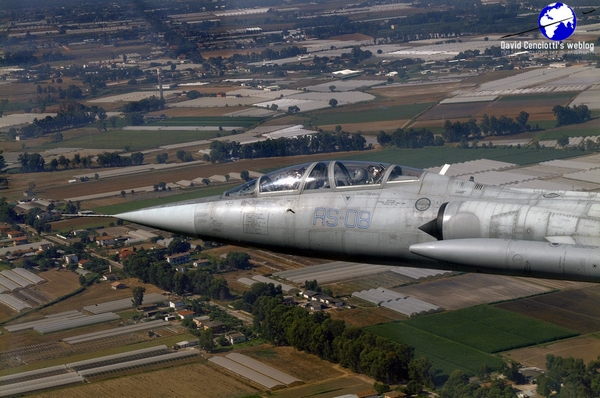 On board the Cavour aircraft carrier (again)

A few months after reporting from on board the Cavour during a port visit in Civitavecchia for the Armed Forces Day celebrations (for more information and technical details about the ship, read the following article: […]