Tom Cooper has contributed to this report.

Unlike all the reports I’ve written since April, this one comes in days of renewed interest about the current situation Libya. Hence, mass media have restarted publishing articles about Libya (even if sometimes reports lacked accuracy).

So, I will not write a detailed recap of what happened on the battlefield, trying to focus on the most interesting or weird things.

Noteworthy U.S. media have treated the war in a Washington-centric way. Surely the U.S. supported Operation Unified Protector but only with ISR (Intelligence Surveillance and Reconnaissance), EW (Electronic Warfare), SEAD (Suppression of Enemy Air Defenses), PSYOPS, AAR (Air-to-Air Refueling) and few (if compared to the others) Predator strikes (read Pt.1 below).

Nevertheless everybody know by now that Tripoli is in rebel hands after a (quick) rebel assault supported by NATO firepower and that Gaddafi has escaped using the network of tunnels that interconnects his headquarters in the capital with the airport, Rixos Hotel, and many other locations (some of which in the desert). 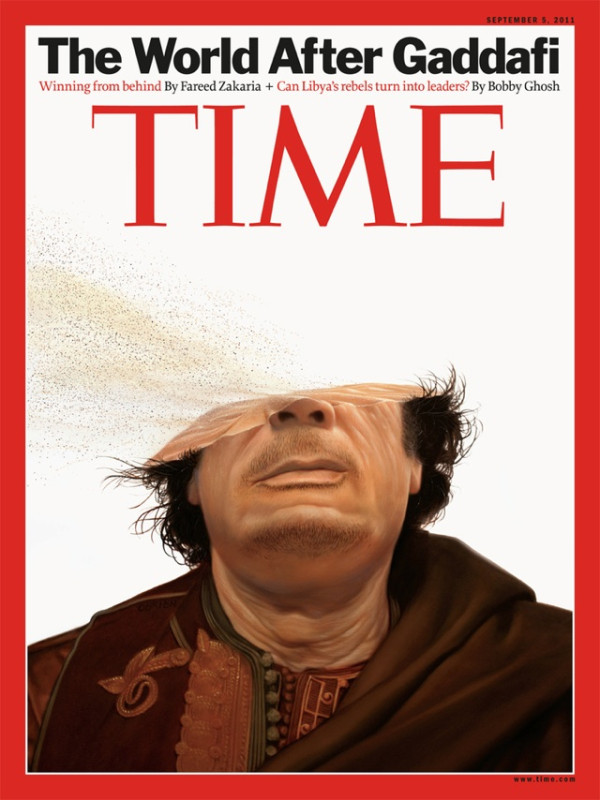 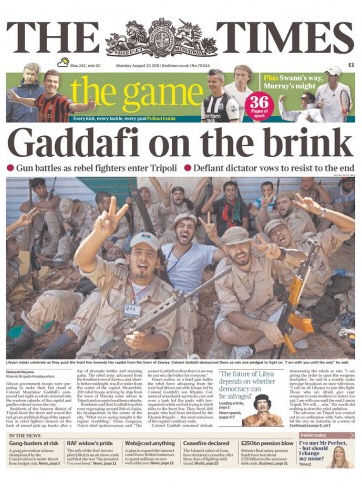 Anyway, what’s clear is that:

a) Even if the rebels moved additional units in direction of Tripoli, were backed by western Special Forces on the ground (many of which worked as old-fashioned FAC – Forward Air Controllers) and by NATO’s firepower, it’s at least surprising that the remnants of the regime troops in Tripoli withdrew or surrendered so quickly. Even Bab al-Aziziya, a nuclear-resistant heavily fortified bunker was infiltrated with only a couple of days of fighting (and some bombs). 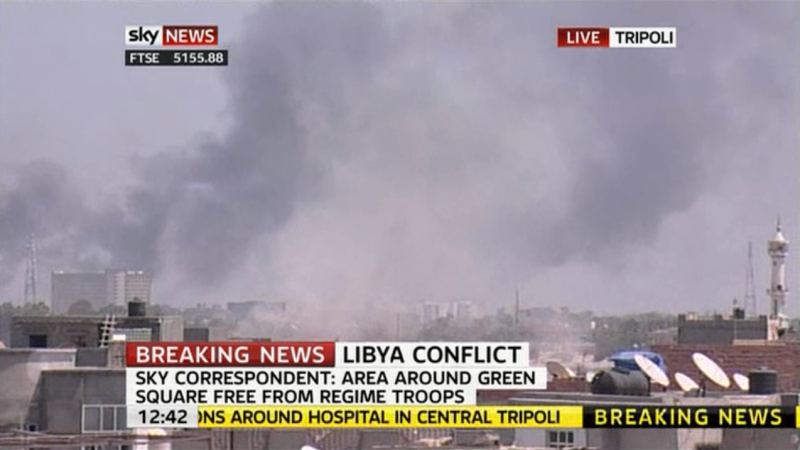 b) Gaddafi (“Gathafi” according to his passport, found inside the Bab al-Aziziya bunker along with his hat, an album filled with photos of Condoleeza Rice) is not going to give up. Soldiers and snipers aside, he still manages a wide network of loyal intel officers that keep him very well informed about the rebels and the NTC. Some are believed to be also infiltrated among the rebel ranks. Obviously, until he’s captured, dead or alive, the rebels can’t declare a victory.

As already said, the regime can exploit the underground facilities located below Tripoli. This network includes not only bunkers capable of surviving near-direct hits by nuclear weapons, but also extensive storage facilities. Tunnels, that can be used to move unobserved from one place to another, and depots, some of which have been discovered in other regions of the country, can give loyalists time and ammunitions to retreat, hide, regorganize and then fight for extended periods of time.

As the war has reached downtown Tripoli, I think rebels will mostly have to rely on their own forces. Snipers have been hiding on top buildings (they were found in the vicinity of the Rixos Hotel where journalists were seized before being freed with money and written clearance to shot down civilians) and combatants units suddenly appear everywhere. In a urban fight scenario, it will not be easy for NATO planes to hit Gaddafi forces avoiding collateral damages or blue-on-blue episodes, even if they are helped by SAS FACs working with “boots on the ground” with the rebels. For this reason, NATO has conducted few sorties in the area in the last few days with some partner nations, like Italy, not taking part to the air strikes within urban areas.

Helicopters, are much more suitable for such a scenario, but I’ve not read any report about the British Apaches being used over the capital, perhaps for the residual risk of anti-aircraft artillery, MANPADS and SAMs. The accuracy of an Apache 30mm gun attack is particularly evident in this video, taken years ago in Iraq, that gives an idea of the impressive firepower provided by an AH-64D.

c) Even if the regime was taken by surprise by the sudden collapse of the 32AB’s and by the quick advance of the rebels into Tripoli backed by NATO airstrikes, its military was able to recover because all the rebel units were initially sent into Tripoli and were not used to cut off the capital with the regime stronghold of Tarhouna and Beni Wallid, to the southeast. A major road between the two cities and the capital, enabling pro-Gaddafi forces to bring in supplies, was secured on Aug. 24 when rebels took Tarhouna and cut off the regime forces between Tripoli and Sirte and Beni Wallid garrisons. 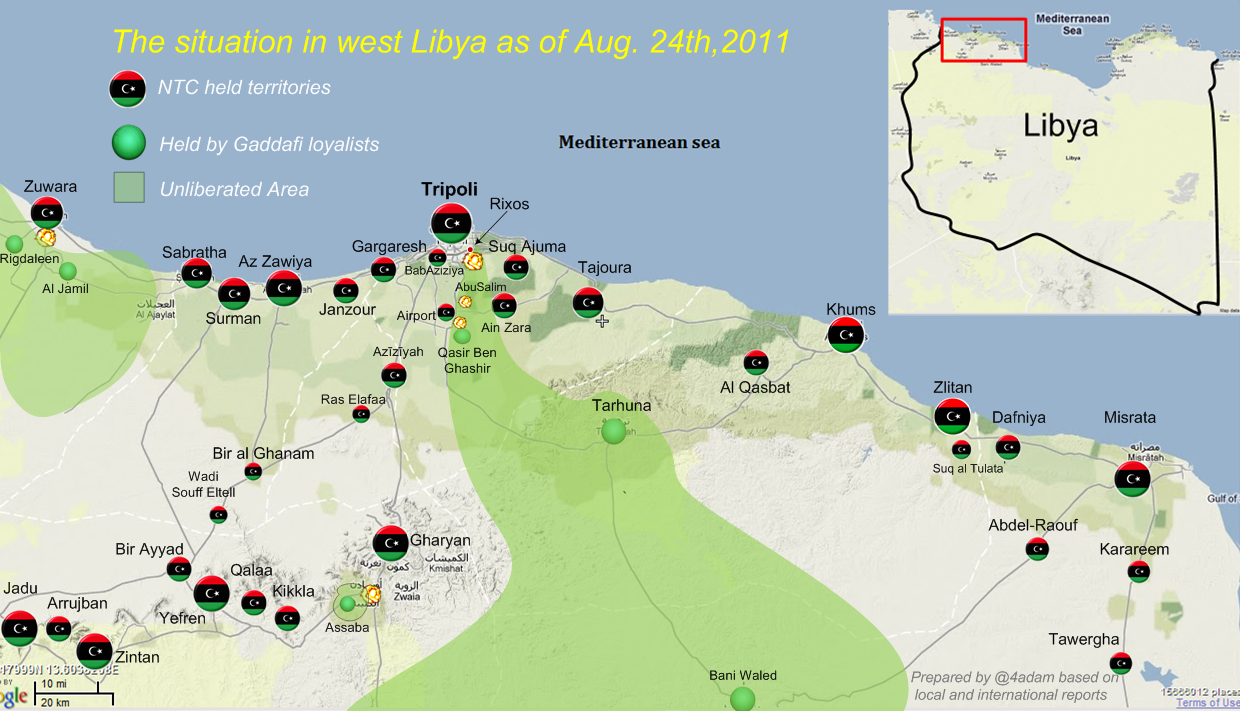 The last major battle is being fought outside Sirte where, in fact, last day’s NATO air strikes focused. Rebels are approaching the last Gaddafi’s stronghold from all directions.

On Aug. 25, 29 armed vehicles and one command and control center have been hit in the area where the power is down has a consequence of the new frontline lying the vicinity of Gaddafi’s home town Sirte.

British Tornados, operating out of RAF Marham, fired Storm Shadow cruise missiles at a headquarters in the town of Sirte, in the night between Aug. 25 and 26. See also Pt. 4 below.

Fighting is also reported, in the town of Sebha, in Southern Libya.

d) Latest reports give Sirte as Gaddafi’s hideout. Italian Foreign Ministry Franco Frattini has recently affirmed that there were news he could try to reach Algeria through the desert while many believe that he is still in Tripoli.

Indeed at 15.55 local time on Aug. 25, rebels surrounded several appartment houses near the eastern gate of Bab al-Aziziya complex (slightly outside of it) and attacked it believing “the Colonel” was inside even if he wasn’t there.

Weeks before Tripoli was taken by rebels, the news spread of Venezuelan or South African airplanes in either Tripoli or Djerba ready to evacuate Gaddafi and his relatives.

e) Hard fighting took place at Tripoli IAP, on Aug 25. When they had conquered it few days before, rebels took possession of the Afriqiya airplanes based there, some of which were dedicated to the transportation of Gaddafi and his family. The most famous one is the VIP Airbus A340-213, MSN 151, registration “5A-ONE”, ex HZ-WBT4. The aircraft became famous at the beginning of the uprising when it was believed to be used by Gaddafi to escape in Venezuela or elsewhere. IIRC the aircraft can’t fly because it lacks maintenance activity that Lufthansa (?) refused to perform to the Gaddafi’s plane.

However, regime forces managed to hit three different aircraft there one of which Airbus A300 “5A-IAY” burned out. An Airbus of BuraqAir was reported hit but only damaged while CNN aired images of burning A300B4-620 “5A-DLZ.” An ex-LAAF C-130H, full of 14.5 and 106 mm ammo, appears to have survived too.

f) In the last days there have been several reports of Scud launched by the regime forces in the Sirte area towards Misratah. The news spread, following a post on AJE that at least one of them was intercepted by a NATO plane. I immediately answered to all those who asked me to comment the news that it was quite unlikely that a plane could be able to hit a flying Scud. I tweeted that it had to be a Scud on its TEL/launcher or the missile was intercepted by an AEGIS cruiser off the Libyan coasts.

NATO has not confirmed that any airplane has shot down the missile and The Guardian has reported that at least four Scuds have been intercepted before they were due to impact on the city by missiles fired by a USN cruiser operating in the Gulf of Sirte.

Other interesting information, things and thoughts:

Someone has tried to recap the number of sorties flown to date by each contingent, even if it is extremely difficult since there’s a general lack of detailed information. Many are interested in U.S. figures. Citing the Pentagon, Reuters reported that from Apr. 1 (beginning of Unified Protector) to 07.00 CET to Aug. 22, U.S. has conducted 5.316 sorties: 1.210 were strike sorties, 101 of those Predator ones. Number of U.S. strike sorties that dropped ordnance: 262.

During the same period, NATO has conducted 19.994 sorties, including 7.541 strike sorties. This means that US has conducted 26,5% of all sorties and 16% of the air strikes.

2) During the second week of August, the Italian Air Force Predator B (MQ-9 Reaper) of the 32° Stormo based at Amendola, in southeast Italy, performed the first 12-hour reconnaissance mission in Libya. Previously, the Italian contingent had been rearranged with the F-2000 returning to Grosseto and Gioia del Colle, because no longer needed to enforce the No-Fly Zone (since there was no aerial threat) and the AMX of the 32° Stormo being annexed to the Trapani-based Task Group “Air”.

3) French contingent, since Aug.18 has provided 65% of air strikes according to the French MoD. France has deployed one Harfang UAV to Sigonella that has flown the first mission over Libya on Aug. 24. 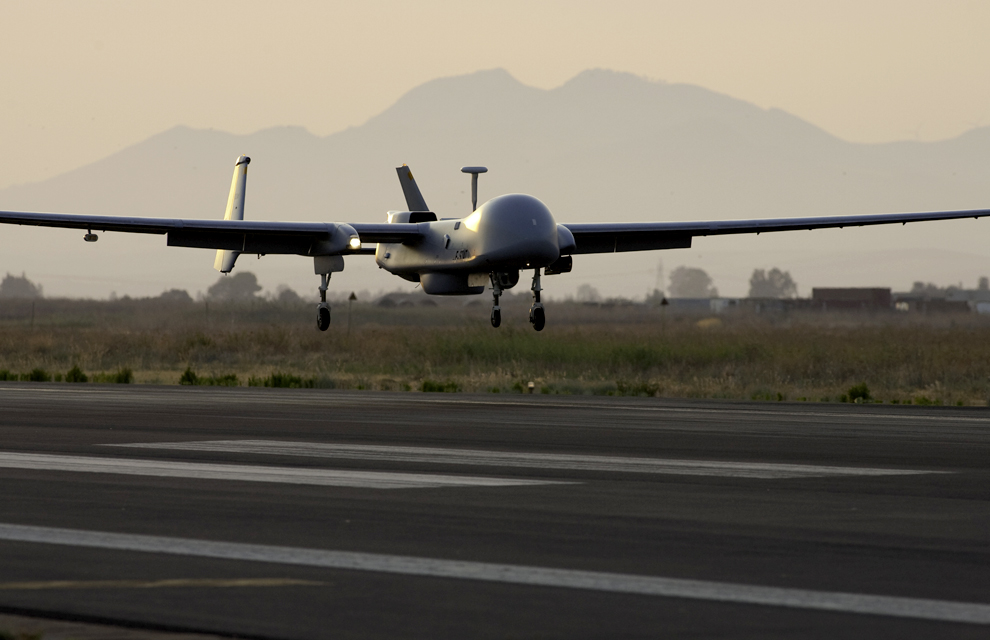 4) The UK’s Royal Air Force has proudly announced a recent Long-Range Libya mission involving six Tornados carrying state-of-the-art (and costly) Storm Shadow missiles. According to this article on the Service’s website, on Aug. 10 night, six GR4s armed with stand-off missiles, conducted a round-trip mission over Libya “to target elements of Colonel Qadhafi’s military command and control facilities and air defence infrastructure.” This means that the aircraft flew long range sorties from RAF Marham and RAF Lossiemouth carrying 2 Storm Shadows each, for a total of 12 missiles.

Read here my analysis of this operation: RAF Tornados firing 900K Euro missiles in 8-hour round-trip mission from the UK: is the war in Libya a marketing campaign?

A similar mission was flown between Aug. 25 and 26 to attack a Gaddafi headquarters in Sirte area.

Dealing with the Typhoon, the 6 FGR4 deployed to Gioia del Colle had dropped 100 bombs by Aug. 9, when an article about Sqn Ldr Jody McMeekin achieving his 1.000th flying hour on the Eurofighter was published on the RAF website.

5) Rebels are operating their own drones as Wired / Danger Room explains: Libyan Rebels Are Flying Their Own Minidrone.

A quick look at the manufacturer’s website gallery will give you an idea of the other users who have tested their Scout.

6) Mermaid Dawn is the (translated) name of the rebel ground advance into Tripoli. It is neither a NATO nor U.S. codename.

7) After publishing images of the Italian Libya patches, here are some French ones (thanks to FX!).

8) Some more details have been made available about the BAF commitment in Op. Unified Protector (thanks to @youssefsan for the info). The MoD has said that the 6 Belgian F-16s made 448 missions (even if these should be sorties), worth 1.890 flying hours, and dropped 365 bombs (97% hit their target).

The latest downing, caught on video, proves the airspace around Libya’s capital is still extremely dangerous. A LNA AF MiG-23ML was shot down by Libyan Government of National Accord (GNA) forces on Dec. 7, 2019. […]

After publishing a post about the Thunderbirds condensation clouds induced by high-G maneuvers and high-AOAs (Angle Of Attack) during and a post about the rehearsals, below you can find some more pictures about the Jesolo […]

Many Aviation Fans Are Patch Collectors And Here Are Some of Our Favorite And Rarest Pieces.

We Take a Look at Some of The Most Interesting Patches In our Collections . Chances are, if you’re an aviation fan, you’re also an aviation patch collector. As founder and editor of TheAviationist.com, David […]