On Mar. 12, the first F-35A Lightning II destined to the Italian Air Force rolled out of the Final Assembly and Check Out (FACO) facility at Cameri, in northwestern Italy.

The aircraft, designated AL-1, is the first F-35A assembled internationally, the first of eight aircraft currently being assembled at Cameri, that will perform its first flight later this year.

The Italian FACO, a 101-acre facility including 22 buildings and more than one million square feet of covered work space, housing 11 assembly stations, and five maintenance, repair, overhaul, and upgrade bays, is owned by the Italian Ministry of Defense and is operated by Alenia Aermacchi in conjunction with Lockheed Martin Aeronautics. According to Lockheed, the current workforce consist of more than 750 skilled personnel engaged in F-35 aircraft and wing production.

The FACO will assemble the first 8 Italian F-35As and the remaining F-35A and F-35B (for a total of 90 aircraft planned that should be procured by the Italian Air Force and Navy), will build F-35A for the Royal Netherlands Air Force and it was selected in December 2014 as the European F-35 airframe Maintenance, Repair, Overhaul and Upgrade center for the entire European region. 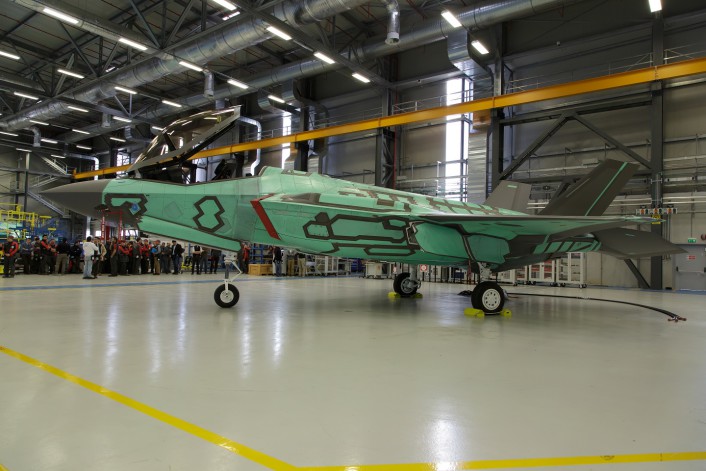 Formations of up to 10 Tornados and some fast passes were the highlights of “Tornado40” event in Ghedi Air Base. On Sept. 8, 2022, the Italian Air Force celebrated the 40-year career of the Tornado […]

The following pictures were taken by Giancarlo Ventura at Malpensa airport and depict the De Havilland DH-100 “Vampire” a recent addition to the collection of “Volandia”, the museum located at Vizzola Ticino, next to the […]