On Jul. 8, 2013, the Italian Navy I GrupAer based at Grottaglie, started a new air-to-air training campaign at the AWTI (Air Weapons Training Installation) of Decimomannu airbase, Italy.

During their stay in Sardinia, The Aviationist’s contributor Alessandro Caglieri visited their detachment and took some interviews that helped him drawing the most detailed picture of the Italian Navy Harriers training conducted at “Deci”. 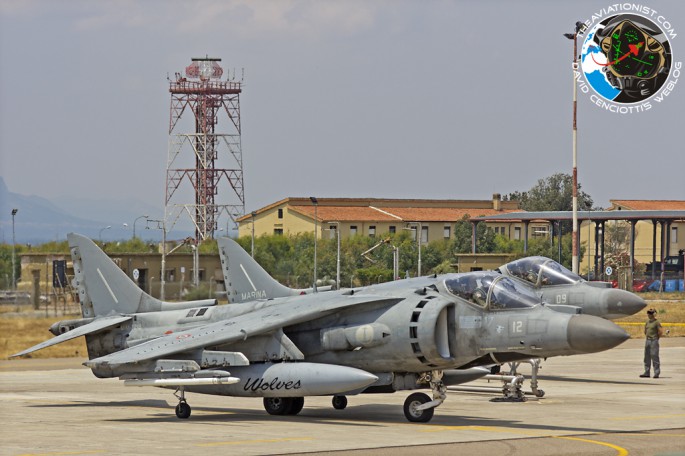 Support and defense of the fleet are the primary role of the AV-8B+ jump jets of the Marina Militare, that can be also tasked with air-to-ground, anti-ship, reconnaissance and identification of naval units missions thanks to the flexibility of the platform. 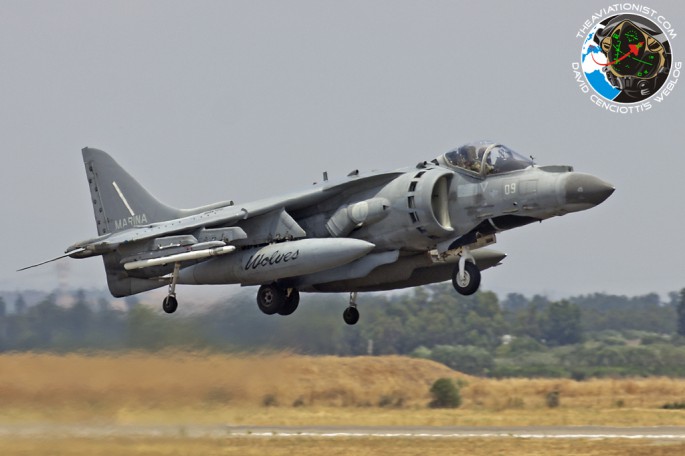 As explained by Chief of Operations and Training Group, as well as Commander of the detached unit, Ten. Vasc. Fabio “Bias” Marzano, the “Wolves” (by the unit’s badge) deployed to the Sardinian airbase to perfom the flying activity required to keep the currencies or get the qualification in the air-to-air role. 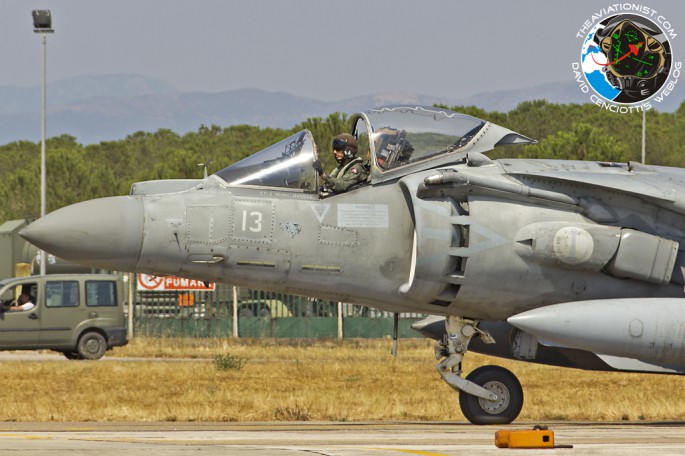 In order to achieve these goals and to maximize the instructional value of the detachment, pilots conducted a specific training at the simulator that aimed to replicate the sorties flown in the Sardinian ranges. 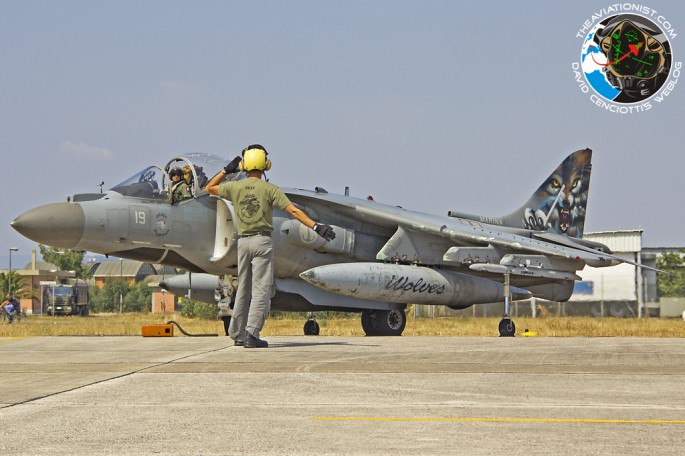 Realism is the foundation of a successful training, that’s why the deployment involved also a team of FCs (Fighter Controllers) and AAWOs (Anti-Air Warfare Officer) coming from the Naval Units of the fleet. 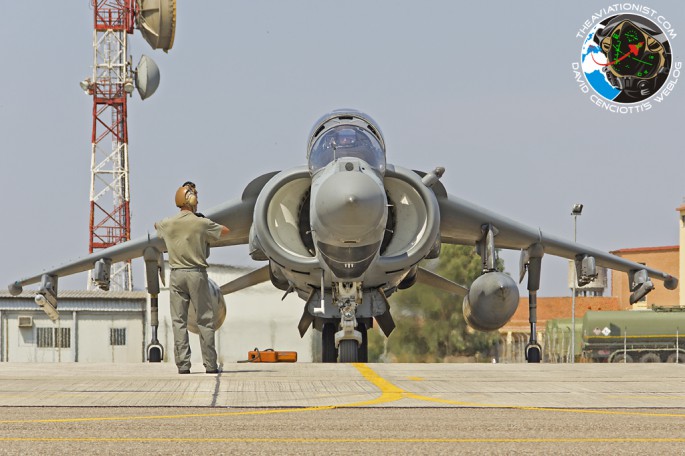 Not all pilots taking part in the same deployment get the same kind of training and achieve the same objectives: mission planning is tailored to their experience, qualifications and takes the need to interact with the rest of the staff involved in the detachment. 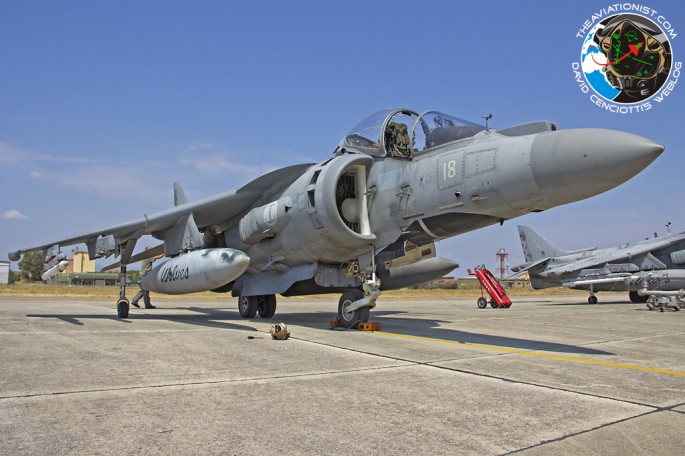 The training activities of the Wolves (either at Decimomannu or at their homebase at Grottaglie) begins with the morning briefing of variable duration depending on the complexity of the mission, during which the different aspects of the operations are assessed and planned. 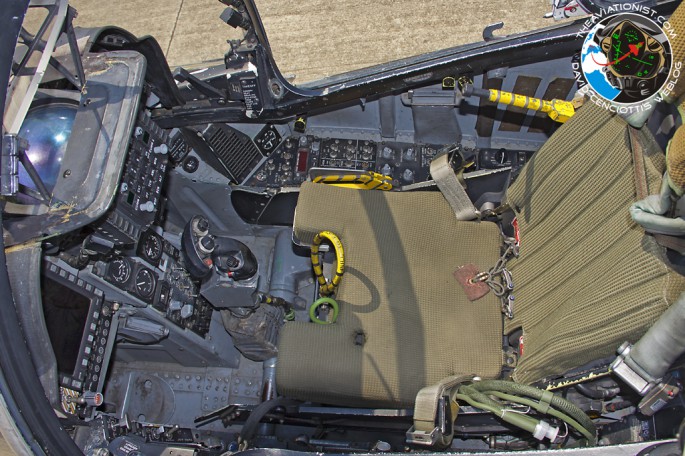 The number of waves can vary, depending on the instructional targets, the availability of the training areas as well as the weather conditions. 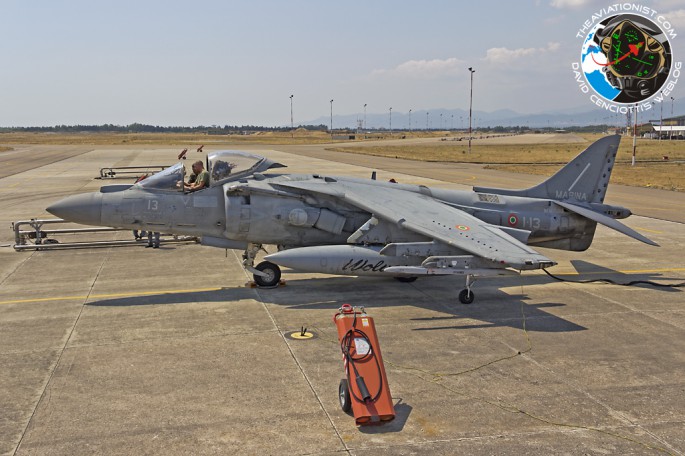 Typical missions last between 60 and 90 minutes and can involve from 2 to 4 aircraft (from 1 vs 1 to 2 vs 2 scenarios) that engage one another under the control of one or more FCs. 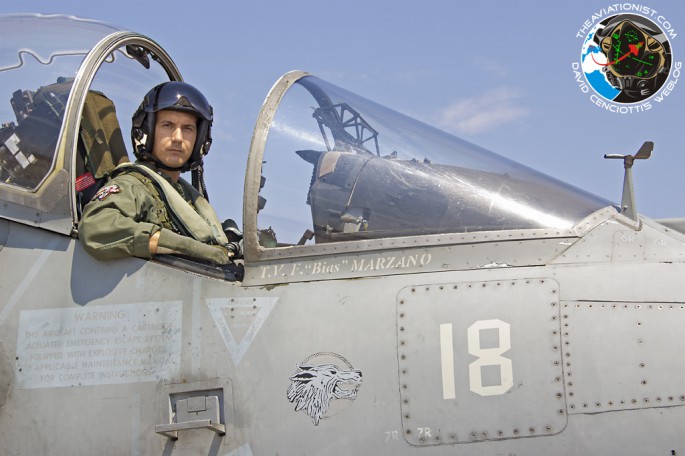 Although the activity at Grottaglie ensures the achievement of the whole spectrum of the training goals, pilots and ground crews are regularly deployed to the AWTI in order to optimize the training process through the use of the AACMI (Autonomous Air Combat Maneuvering Instrumentation).

This complex system consists of a pod, similar to a Sidewinder missile, which transmits flight a parameters to a ground station in real time. 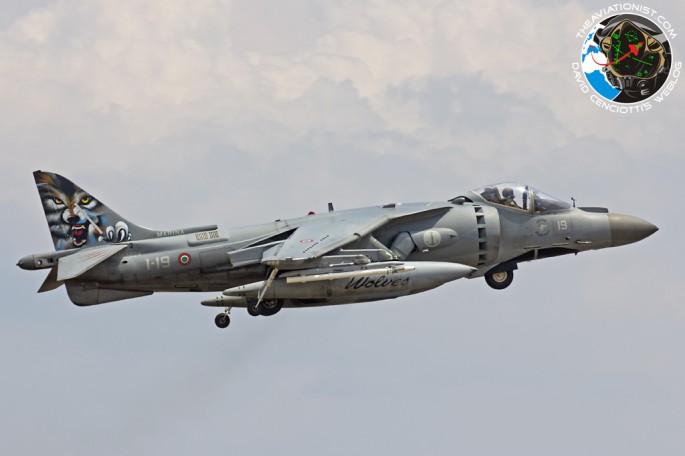 As explained by T.V. Marzano “the contribution provided by a similar training aid in the debriefing phase is priceless.”

Missions can be reviewed on screens in order to have a closer look at each phase of the sortie and become aware of mistakes and things that can be improved.

“An analysis of the flight so detailed that would be impossible to do during a standard debriefing conducted elsewhere.”

In the current scenario, characterized by the need to contain costs while maximizing training results, the Italian Navy finds in the technology available at the AWTI Decimomannu a valuable ally. 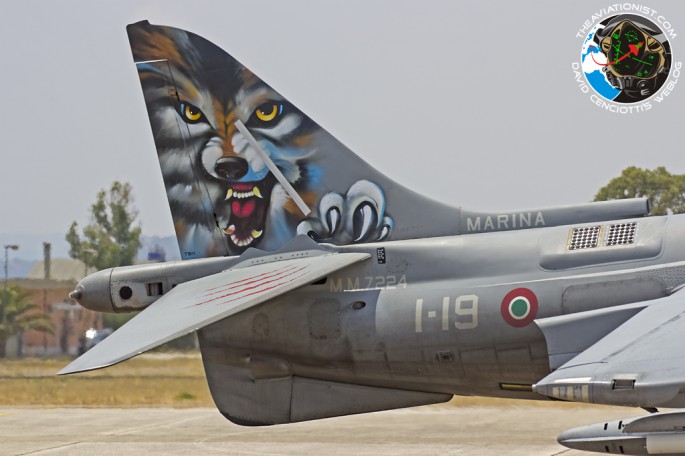 Indeed, besides the help it provides in training, the AACMI gives the AV-8B+ Harrier jet to engage in mock air-to-air combat without employing ammunition whatsoever: this not only increases safety of air ops due to the absence of weapons but also lowers the overall weight of the aircraft, thus reducing the costs of fuel and the environmental impact on the ranges and surrounding areas.

From Feb 7 to Feb 9, the Standing NATO Reponse Force Maritime Group 2 (SNMG2) made a port visit to Civitavecchia harbour. SNMG2 is a multinational, integrated maritime force composed of vessels from various allied […]