These alert launches of Japanese fighter jets against North Korean planes were the first since 2009. 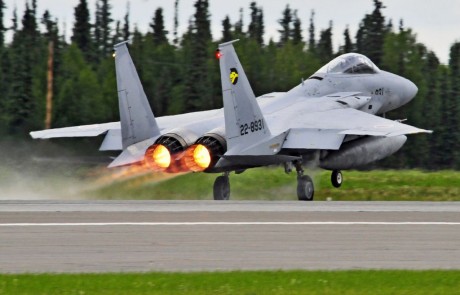 Kim Jong Un planes flew over the Sea of Japan (which South Korea calls the East Sea), but did never violate the Japanese airspace, according to the ministry, that went on to say that the North Koreans were probably gathering information (using which kind of planes?) after the Japanese Navy deployed its AEGIS destroyer in the area against the missil launch threaths by Pyongyang.

Interestingly, between April and June, much more scrambles were launced by the JASDF against Chinese aircraft, 69, and 31 times the cause of the alert take off were Russian aircraft. From January to March, China’s Air Force aircraft caused 146 launches by the Quick Reaction Alert cells, amid tensions caused by the Senkaku Islands dispute in the East China Sea.

Saturday Dec. 1, saw North Korea announce that it was going to try to launch another long-range rocket before the end of the year few months after the last failed attempt. It’s thought that this […]