This was the first time China’s stealth fighter opened the bay that will house some of its weapons.

Noteworthy, the inside of the bay was blurred and the typical People’s Liberation Army Air Force “roundel” was Photoshopped on the ceiling of the weapon bay. 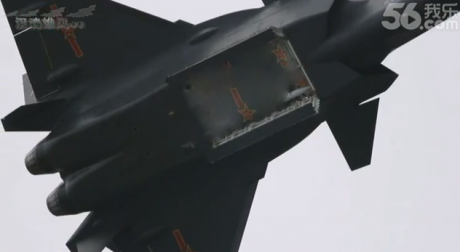 In order to preserve their stealthiness and keep the RCS (Radar Cross Section) as low as possible, radar-evading planes rely on weapons bay: bombs and missiles to be fired are kept inside the bays until it’s time to use them.

At the end of March the second prototype of the stealth aircraft was seen featuring a missile deployment device on the side weapons bay which extracts the selected air-to-air missile and then closes the door to keep the reduced RCS.

The Want China Times has quoted the Tokyo’s Sankei Shimbun newspaper as saying that Chinese J-7 and J-10 fighters tailed two US aircraft as they reached the airspace close to the border between China and Japan. […]