In order to preserve their stealthiness and keep the RCS (Radar Cross Section) as low as possible, radar-evading planes rely on weapons bay: bombs and missiles to be fired are kept inside the bays until it’s time to use them.

For instance, the F-35 can carry one AIM-120D (AIM-120C8), on a trapeze : when needed, the BVR (Beyond Visual Range) missile is lowered into the airstream on the open bomb bay door, and ejected.

F-22 Raptors use canted trapeze to put the AIM-9 Sidewinder seeker into the airstream to achieve a lock on the target as the side bay doors are open. 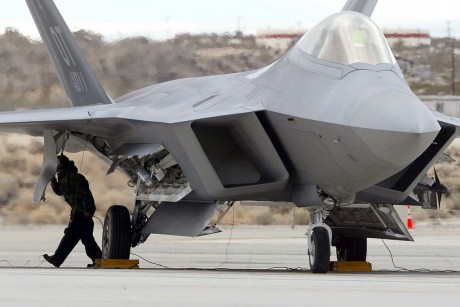 Once the missile is fired, the bay doors close up.

Obviously, such method requires the stealth plane to fly with the open bay doors for a certain amount of time, a condition that can limit the aircraft performance, maneuverability, and increases the overall plane’s RCS, with a temporary exposure of the aircraft to the enemy radars.

Something that can be quite lethal in a Within Visual Range scenario.

The problem is to be partly solved with the use of missiles featuring the Lock On After Launch capability. With this kind of missile (available on the Raptor when the AIM-9M will be replaced by the AIM-9X Block II) the bay doors remain open just the time it is needed to eject the missile into the airstream.

However, China might have found a clever solution to the problem, as the latest images of the J-20 Mighty Dragon stealth fighter jet, emerging from the Chinese Internet, seem to suggest.

Indeed, the second prototype of the aircraft features a missile deployment device on the side weapons bay which extracts the selected air-to-air missile and then closes the door to keep the reduced RCS. 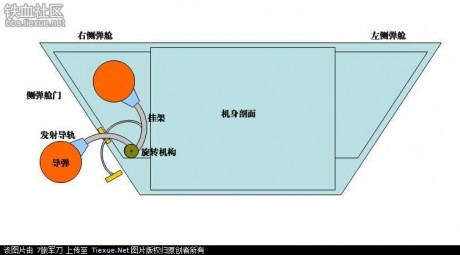 Simpler and probably cheaper than the use of LOAL missiles, the J-20’s deployment device shows that Chinese engineers are not simply copying U.S. tech: if not improving it, they are at least troubleshooting some of the issues already faced by their American counterparts, with some clever ideas.

The missile launch rail was used to carry the PL-10 IR air-to-air missile during tests.

Anyway, it’s worth noticing that along with AIM-9X missiles, the F-22 pilots will receive Scorpion HMCS (Helmet Mounted Cueing Systems) that will be particularly useful in case of dogfight. There are no information about similar helmets being fielded to Chinese fighter planes.

U.S. Air Force deploys F-22 stealth jets to Japan as a deterrence to North Korea and as a show of force to China

American F-22 stealth aircraft have been deployed to Japan for a deterrence and security exercise in the region. U.S. Air Force F-22 Raptor stealth multi-role aircraft from 525th Fighter Squadron at Joint Base Elmendorf-Richardson, Alaska, […]

The Lockheed F-117A, world’s first operational stealth aircraft and one of the most secret planes ever developed, only flew after darkness until its existence was publicly acknowledged in 1988. Then, the veil of secrecy on […]