Mar. 22, 2012 not only marked the first night air-to-air refueling: although not widely advertised, on the same day, the F-35B BF-4, during its 100th flight, piloted by RAF Sqdn. Ldr. Jim Schofield, flew with the open weapon bay door for an environmental testing with an (inert) AIM-120C5.

After showing some images of air-to-ground weapons inside the weapon bay, this is the second time a photograph shows an AIM-120 AMRAAM (Advanced Medium Range Air-to-Air Missile) carried by the 5th generation JSF (Joint Strike Fighter) in the Short Take Off Vertical Landing (STOVL) variant.

The F-35 will be able to carry one AIM-120D (AIM-120C8), an improved version of the BVR (Beyond Visual Range) missile, and a 1,000-lb JDAM (Joint Direct Attack Munition) or LGB in each weapon bay or two AIM-120Ds for each weapon bay (using a trapeze plus ejector to lower the inner missile into the airstream before launch). 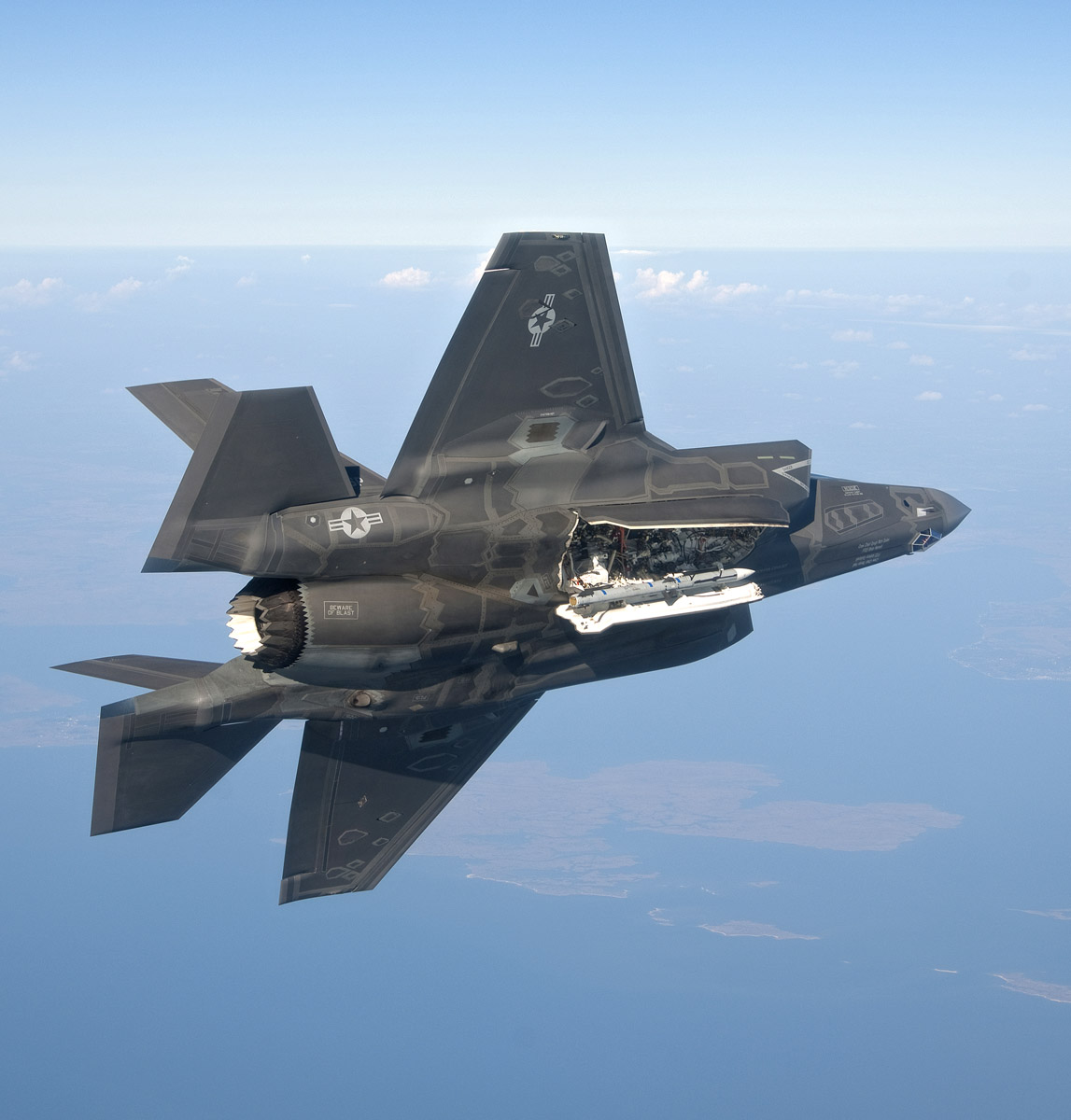