MBDA has announced it is to work on a successor to Brimstone the fire and forget anti-armour missile that had a starring role in the Air War over Libya. During Operation Unified Protector the RAF fired a good number of these advanced weapons and the results were startling.

Optimized for release from fast moving platforms, these small guided missiles have a range of 7.5 miles. They use a millimeter wave (mmW) radar seeker with a semi-active laser (SAL) that enables final guidance to the target by either the launching platform or another plane, and are perfect for small targets, individuals, buildings and fast-moving vehicles.

First fielded during 2008 after an urgent operational requirement, the weapon was used first on the RAF’s Harriers during operations over Afghanistan. It has now been integrated onto the Tornado GR4 typically in a mixed load out with a single rack of three brimstone and two Paveway IV 226kg bombs and sometimes with the Rafael Litening III reconnaissance pod.

The Brimstone is also to be integrated onto the RAF’s Typhoon which (in theory) could carry 18 of the 50kg (110-lb) weapons: the use of the advanced anti-armor, air-to-surface missile offering all-weather “fire and forget” capability on the Typhoon would enhance the Typhoon’s ground attack capability considerably.

MBDA has said it has delivered some 500 weapons to the RAF which has fired some 200 of the missiles during both operations in Afghanistan and Libya.

The enhancements brought in by Brimstone2 are said to be an improved seeker and updated explosives. MBDA also said it expects to have “improvements in range and engagement footprint” obviously lessons learned over Libya are now filtering down to the final product with these upgrades. Having changed a few manufacturing techniques building the weapon has also improved the ability to fix or repair damaged weapons.

As Brimstone is an extensive redevelopment of the AGM-114 Hellfire it can be used on fast jets, helicopters and UAV’s and MBDA says that export customers can buy either weapon.

It does look like the US Military is first in line with the French close behind. 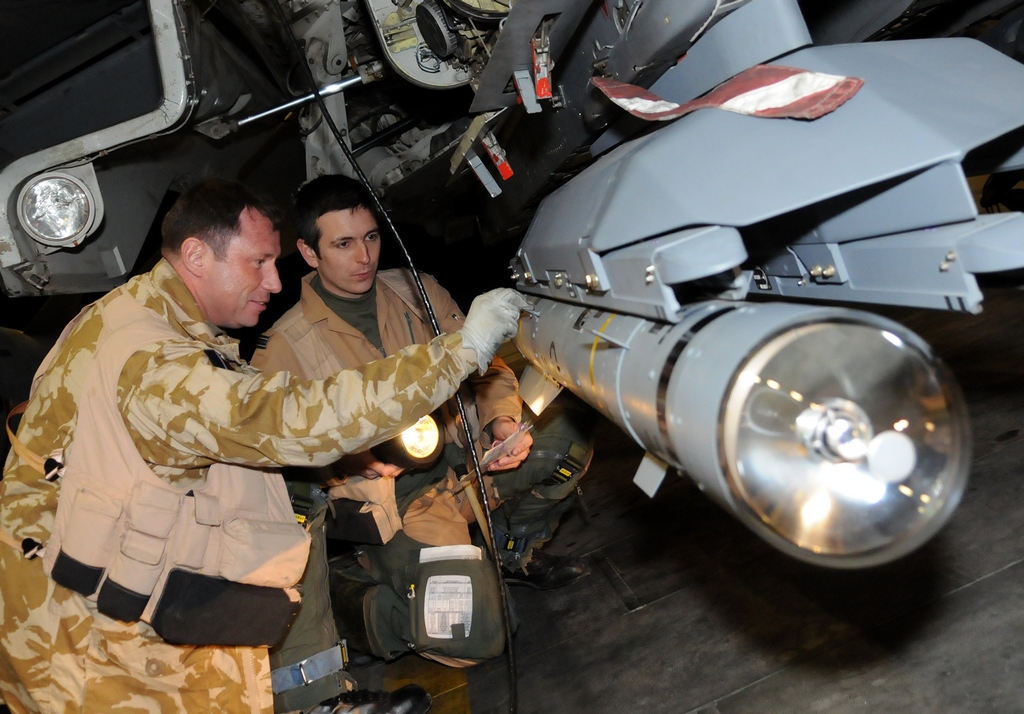 [Photo] U.S. A-10 Warthogs during aerial refueling over Afghanistan

An interesting gallery of U.S. Air Force’s A-10s being refueled over Afghanistan. Taken on Jul. 10, 2014, the images in this post show U.S. Air Force A-10 Thunderbolt II aircraft assigned to the 303rd Expeditionary […]