A previous article about the theoretical Israeli strike on Iran with the rendering of an F-15I dropping bombs on Tehran got a lot of attention and sparked debate. Someone criticized it for not being enough realistic, even if I had explained that the image had to be taken as such even if contained one (or more) wrong details. It was not supposed to be accurate that’s why I didn’t ask Al Clark, who designed it, to correct some elements of artist freedom.

In this article, a new Al’s artwork below gives me the opportunity to write something about one of the most famous aircraft in IRIAF inventory: the F-14 Tomcat.

According to “IRIAF 2010“, the book published by Harpia Publishing and written by Tom Cooper, Babak Taghvace and Liam F. Devlin, that I consider one of the most detailed sources about Iran’s Air Force, due to the lack of some spare parts, the fleet of more than 40 Tomcats is roughly divided into “airworthy” and “fully mission capable aircraft”.

The first fly without primary weapon systems and/or no AWG-9 radar; the second can perform QRA (Quick Reaction Alert) and air defense missions. 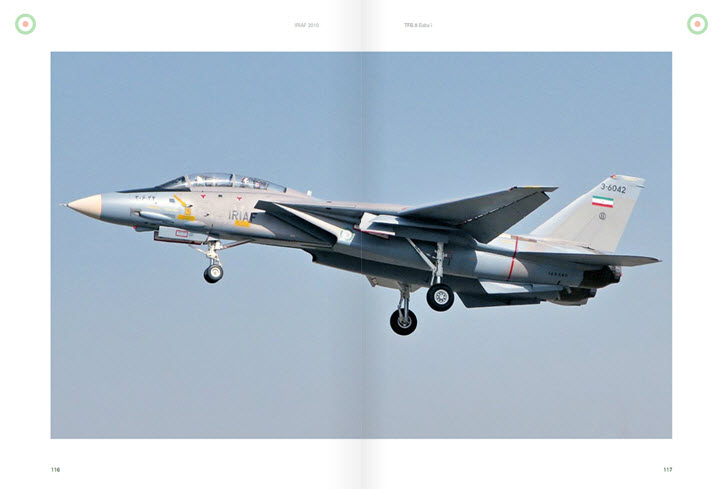 These aircraft are based at TFB.8 (Tactical Fighter Base 8) Baba’i near Eshahan, in central Iran.

Hence, although IRIAF officials have described the current fleet of F-14s as “completely overhauled” and “improved”, and referred to it a a “new generation of bombers” in the recent past, only a small amount of Tomcats can be used for air defense purposes in spite of the large amount of spare parts that Iran was able to clandestinely collect after the type was retired by the U.S. Navy and the efforts of various domestic companies to produce some specific parts and subsystems.

What is the role the Tomcat could play in a hypothetical war against Israel?

As already explained in the blog post about the possible long range strike on Iran’s nuclear program, IRIAF interceptors, should play “hide and seek” with the enemy forces: they could hide from the incoming packages and try to achieve some kills during the egress phase. They could be effective by simply disturbing the strike packages to let them “feel” the threat and waste some gas.

The Tomcats could somehow be effective against isolated targets, like drones, mainly before or after the first waves of air strikes: even a UAV kill could play a role in the psychological war against Israel.

For sure, radar activation would be reduced to a minimum: during the most intense part of the air campaign their AWG-9 radar would be either jammed (although it was domestically modified or locally upgraded to make it more jamming-resistant) or detected as soon as switched on, with the latter hypothesis implying the risk of interception by enemy fighters.

Obviously, just in case: before the whole thing starts the planes should be dispersed on one of the several Iranian airbases to prevent them from being destroyed on the ground at TFB.8. 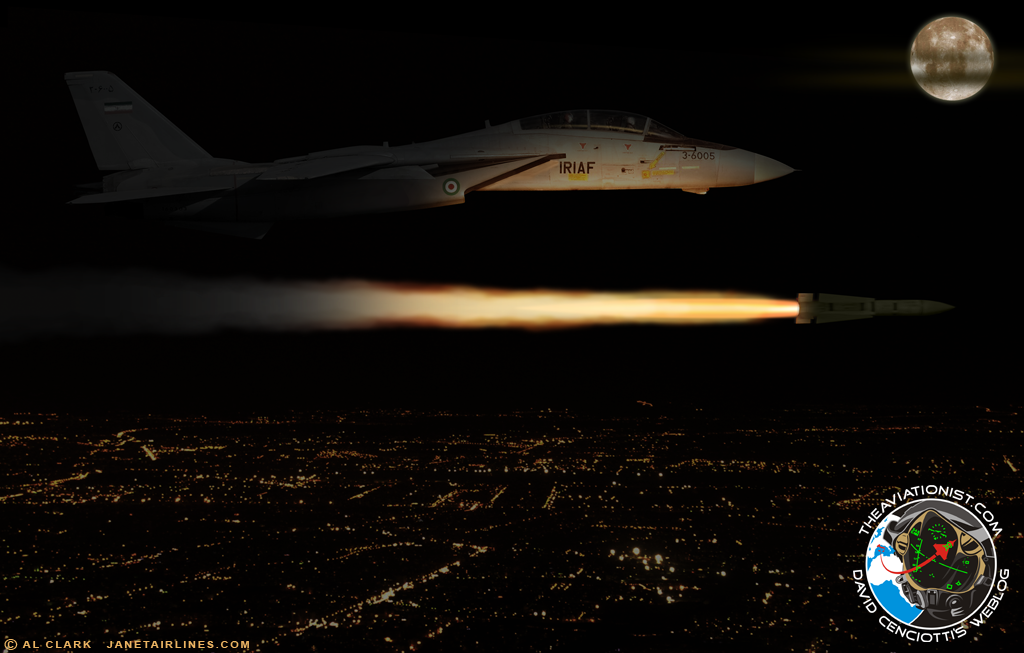 Image by Al Clark for The Aviationist