Although some pictures of this unbelievable formation have been already published on aviation website, the Russian Knights, Russian Air Force aerobatic display team has released some more images of the weird formation of Russian Su-27s (with the supporting Il-76), IRIAF (Islamic Republic of Iran Air Force) F-14 Tomcats and F-4 Phantoms taken during the ferry flight that took the the team home from the Bahrain International Air Show 2012.

A unique opportunity to see some really “exotic” planes flying in (quite loose) formation over Iran, in a quite tense period. 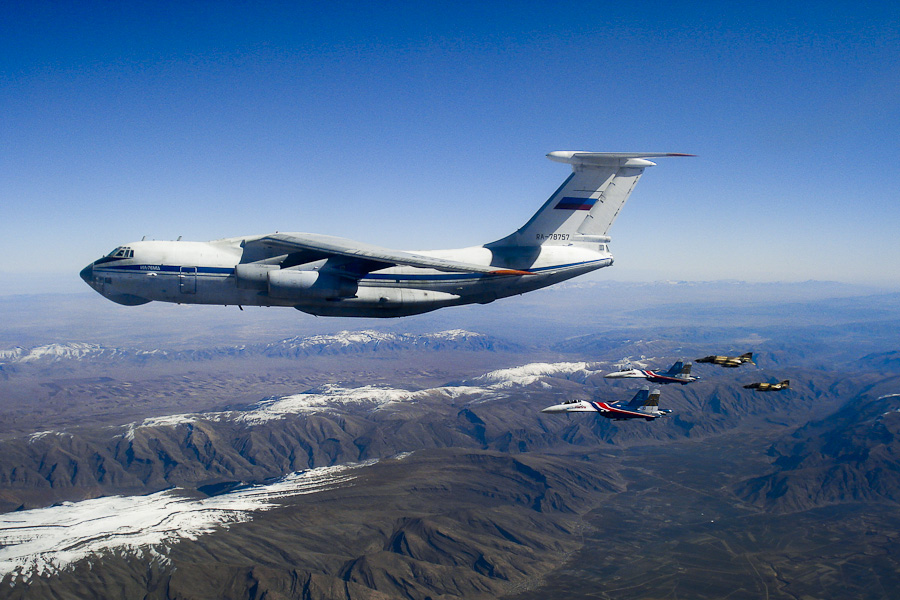 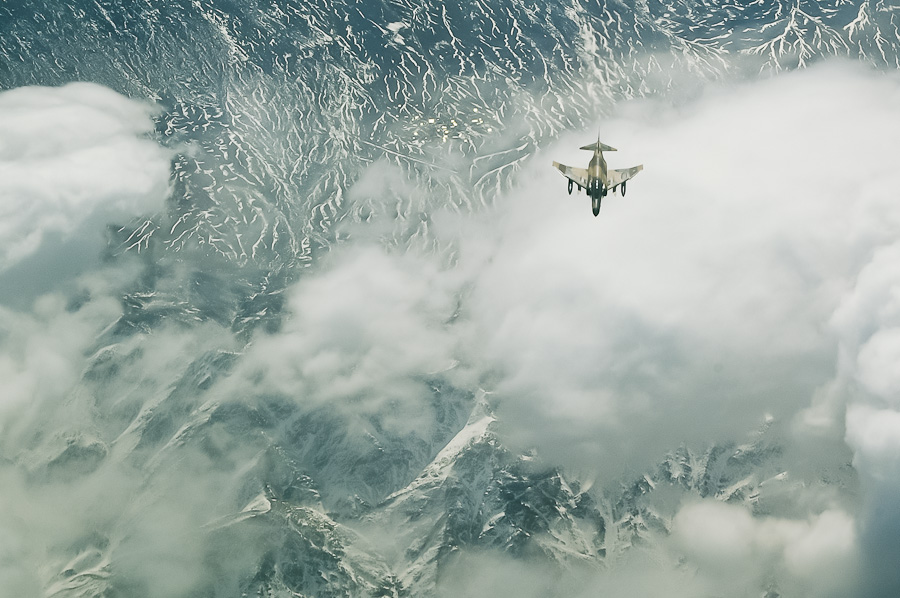 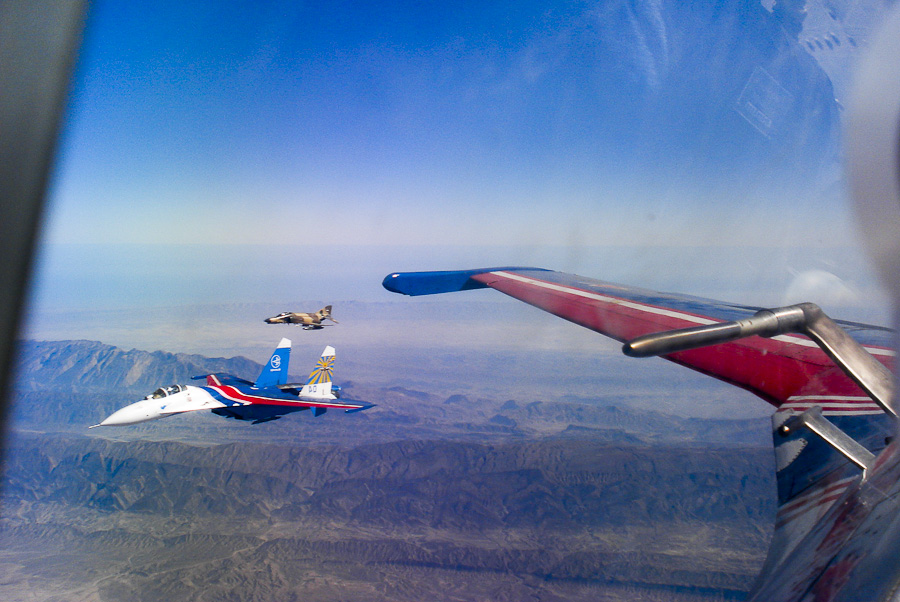 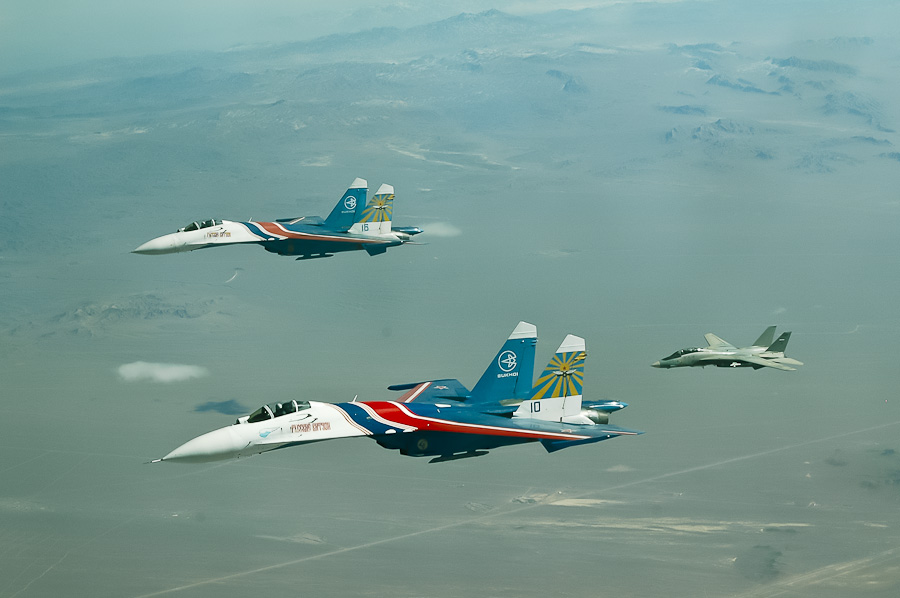 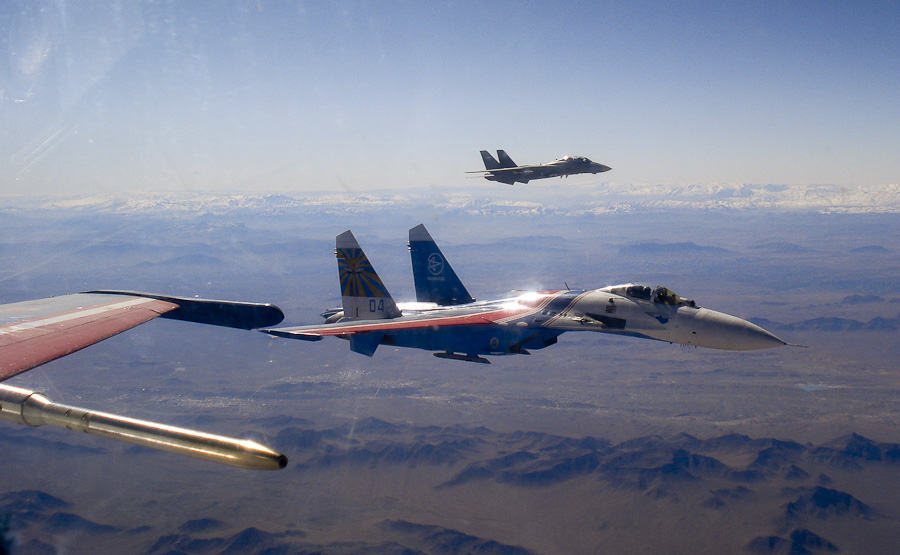 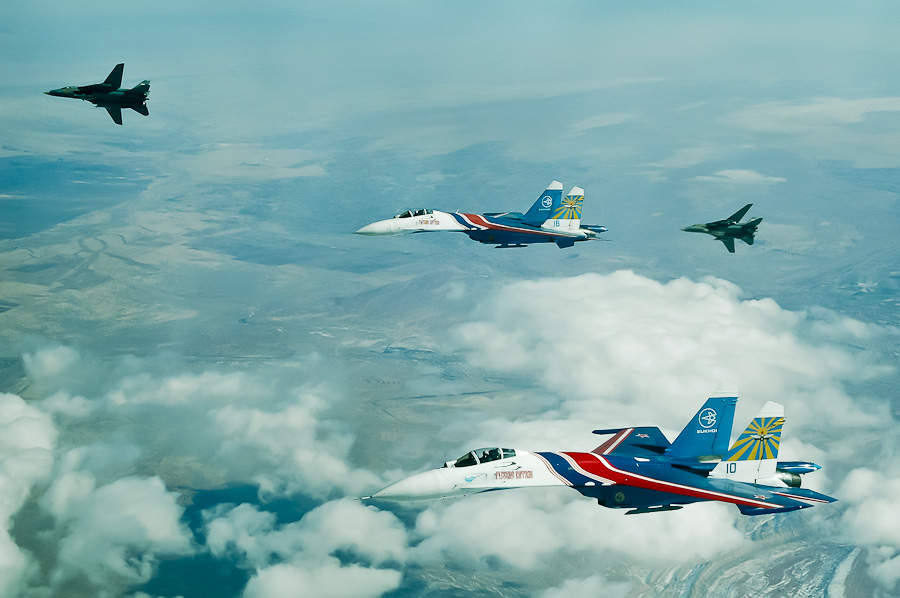 Ukrainian Air Force Mig-29s are being painted with a trendy digital camouflage In the last few months, aircraft enthusiasts spotting military jets operating at the Lviv State Aircraft Repair Plant have taken photographs of at […]

“Welcome to Russia, Blue Angels”: the first U.S. military presence over Moscow since the end of the Cold War

The Blue Angels’ 1992 tour saw the U.S. Navy demo team perform in Russia for the very first time. The video in this article is part of a film called “Blue Angels: Around the World […]