The new Z-19 does not have a cool name, but it does have some very interesting features.

The use of the word ‘Stealth’ is probably a little too strong a term for this new helicopter as the stealth used is not in the classical sense. In the case of the Z-19, it’s acoustic stealthiness along with exhausts that shield the aircraft from Infra-red threats, rather than radar-absorbing materials and shapes like the modified Stealth Black Hawk used in the Osama Bin Laden raid.

The Z-19 is being developed by Harbin Aircraft Industrial Corporation and is suspected to operate alongside the larger Z-10 which is roughly the size of a Ah-64 Apache and is more of a tank killer. Moreover, the Z-10 is now entering front line service with the smaller Z-19 a few years behind.

The Z-19 is roughly the size of an OH-58 Kiowa and made its first flight in May 2010. Although it has been reported that one prototype was lost during September 2010, there are no details of the cause of the crash or even if there were fatalities. The fuselage is the usual slim tandem cockpit design, although unlike most gunship designs the pilot sits in the front seat with the gunner in the elevated rear seat. The chin turret sits in the usual place and the cabin has the distinct look of the Agusta A-129 about it.

Moving to the rear of the aircraft, the Z-19 has exhuasts that point up reducing the infra-red signature, ‘stubby’ wings with hard points and the tail boom whose look remind the AH-66 Comanche with the fenestron tail. It’s the latter that gives clues to its acoustic damping that is ideal for a forward scout able to creep up on an unsuspecting enemy or provide targeting data for its partner in crime the Z-10.

The Z-19 boasts armour plating for its crew along with crash resisting seats; the chin turret has FLIR, TV and a laser range finder. The chopper can carry a wide weapons load including 23mm gun pods, anti-tank and air-to-air missiles giving it a wide-ranging punch. A range of 700km, a service ceiling of 2,400 m and a cruising speed of 245 km/h finishes off the performance figures.

The most interesting thing about the z-19, other than its obvious evolution over previous designs, is its export potential to countries that do not have the big budgets and are looking for a cheaper alternative to the Apache’s, Hinds and Z-10s.

China could find it has a best seller on its hands if it capitalizes on the new helicopters potential.

Its in service date is unknown. However, since it is currently in an advanced flight testing program, the PLAAF should be taking delivery of the Z-19 within the next few years. 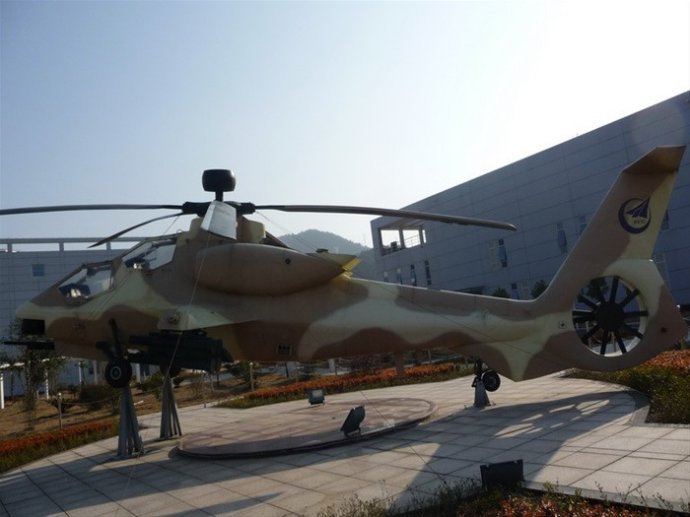