Although based on a quite mature civil airliner, the brand new KC-767 is a revolutionary type of aerial refueler. Indeed, in the KC-46 variant, it will be used by the U.S. Air Force as the NextGen Tanker to replace the KC-135E Stratotanker.

The aircraft, equipped with both the sixth generation flying boom (based on the one of the American KC-10), and three hose and drogue stations, is be able to refuel both aircraft equipped with onboard receptacle and those with a refueling probe.

The Italian Air Force, that presented the new aircraft to the media on Mar. 16, has received 4 such (long awaited) planes, used for strategic transportation (of both materials and weapons) and air-to-air refueling (AAR), whereas a MEDEVAC (Medical Evacuation) capability will be developed in the future.

However, in May 2011, few weeks after being delivered, the KC-767 had its “baptism of fire” in Libya, boosting NATO’s AAR capability by supporting Italian Eurofighter, Tornado IDS and ECR, and AMX involved in Operation Unified Protector. 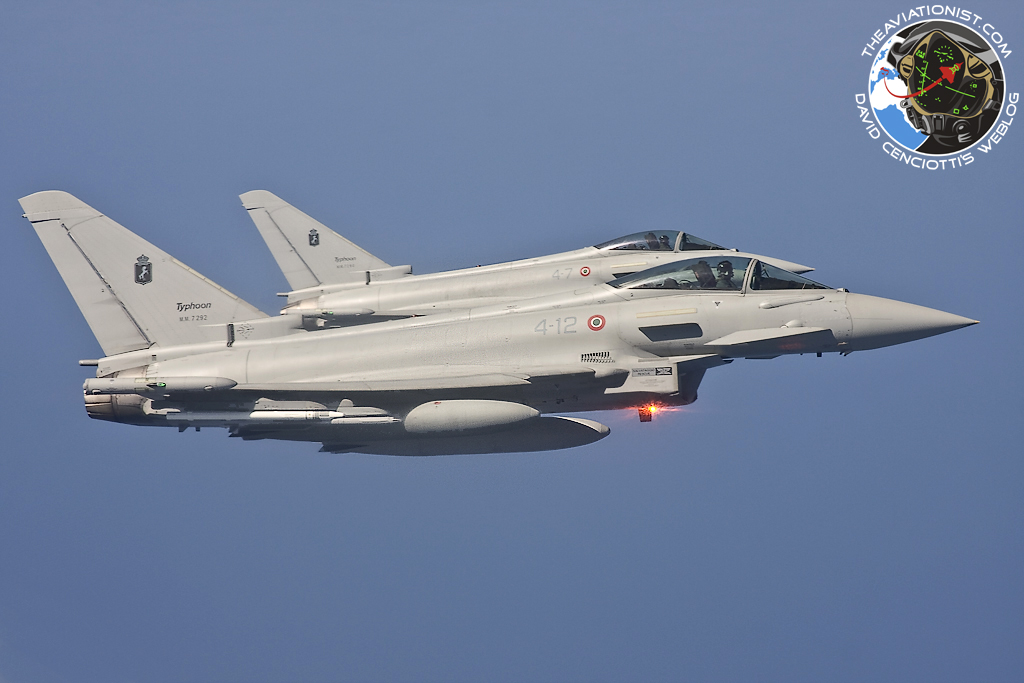 With the help of the RSV (Reparto Sperimentale Volo – Italian Test Wing), the new tanker has already been qualified with all the tactical airplanes (“tacair”) of the Italian Air Force that use the hose and drogue system, and it has also conducted “buddy operations” using the flying boom to refuel another KC-767A. Qualification with foreign planes will be conducted in the near future, even if no roadmap has been defined yet.

Unlike all the previous boom-equipped tankers, the KC-767 uses an adveniristic remote boom operator’s station located behind the cockpit where boom operators, operate both the hoses and the flying boom by means of joysticks and images from a series of cameras mounted on the aircraft’s fuselage.

“With the KC-767, the Italian Air Force has acquired new capabilities that bring the service to the same level as the most advanced air forces of the world” Gen. Tiziano Tosi, chief of the Comando Squadra Aerea (Operational Forces Command), said.

“The new tanker integrates all the other solutions adopted by the Air Force to give all the Defense assets a high degree of mobility, needed to cope with the tasks undertaken by the country as part of coalitions within international scenarios” Tosi said, who explained that “the new fleet is an effective strategic solution to ensure quick and frequent movement of forces over long distances with significant payloads.”

In order to train in the same way it operates “in theatre”, the Italian Air Force is studying the possibility to keep one of its KC-767 in flight for several hours each day (or at least whenever some training flight is in progress) to give all the tacair planes involved in the daily sorties the opportunity to refuel as they would if they were involved in a real operation.

“Train as you fight, fight as you train”.

All the pictures in this article were taken by the author during the media presentation at Pratica di Mare and the AAR sortie inside the D-84 area, in the southern Tyrrhenian sea to refuel two Tornado IDSs, two AMXs and two Eurofighter Typhoons.

The TF-2000A’s special livery was prepared to celebrate the 20th Gruppo’s 100th anniversary. The Italian Air Force celebrated the 100th anniversary of four of its squadrons (20th, 21st, 22nd and 23rd Gruppo) at Istrana airbase, […]