“We need to make sure we are on the cutting edge” said Panetta when describing the Pentagon’s next generation war fighting technology which is to include the F-35 program.

The sigh of relief must have been palpable from the offices of Lockheed Martin after several tough dark years in which it looked in all probability that the STOVL (Short take off vertical landing) version was going to be scrapped after technical issue after technical issue along with massive cost over runs put the version at risk. The F-35B is a monumentally complex aircraft due to its remit of being stealthy and being able to operate from the back of a ship or from rough airstrips, but as Panetta himself stated that the F-35 was “absolutely vital to maintaining our air superiority,” but cautioned that it was important “to get this right.”

After hearing Panetta’s announcement Gen. James F. Amos, the Marine Corps commandant, made a statement in which he stated ““I welcome the secretary of defense’s announcement removing the F-35B Lightning II from ‘probation’ and granting it full status commensurate with the other two variants of the Joint Strike Fighter,” General Amos said. “I continue to be encouraged by the strong and steady progress that the F-35B team has made over the past year.”

With the survival of the STOVL variant the USMC can keep up with their plan to equip with a fixed wing aircraft their LHA (Landing Helicopter Assault) and LHD (Landing Helicopter Dock) to support a MEU (Marine Expeditionary Unit) in regional crisis. Moreover, the F-35B is expected to replace also the service’s F/A-18s to cover the full spectrum of modern warfare scenarios with their own resources.

Other program partners may have welcome the news that the F-35B was lifted from probation. Among them, the Italian Navy that needs the STOVL variant for the Cavour aircraft carrier. According to the original plan, 20 are supposed to be delivered to the Marina Militare as Harrier replacement, whereas the Italian Air Force was interested in some B planes to replace the AMX light bomber.

However, the initial plan will have to be revised as a consequence of the Defense budget review that the new Monti technocratic cabinet is about to lauch. Even if some political forces are urging the new Defense Minister Di Paola to quit the program and to renounce to the planned 131 examples, a cut is a more plausible hypothesis.

Although the final outcome of the Defense budget review is unpredictable a likely scenario sees the Italian Air Force receiving about 80 F-35s (A and B variants) and the Navy 20 F-35B STOVL (Short Take Off Vertical Landing) combat planes.

Anyway, it now looks like Lockheed Martin has finally turned a corner with regards to this very challenging project. As The Aviationist has already reported the other day following the Lockheed Martin F-35 webminar, the arrestor hook issue suffered by the ‘C’ variant was a minor problem and has been fixed and LM is awaiting the opportunity to test the new design out.

Historically the F-35 isn’t on its own with teething problems, the S-3 Viking springs to mind with its ejector seat issues for rear cabin aircrew that went on to a long and distinguished Naval career, the F-35 Lightning II will follow in its footsteps. 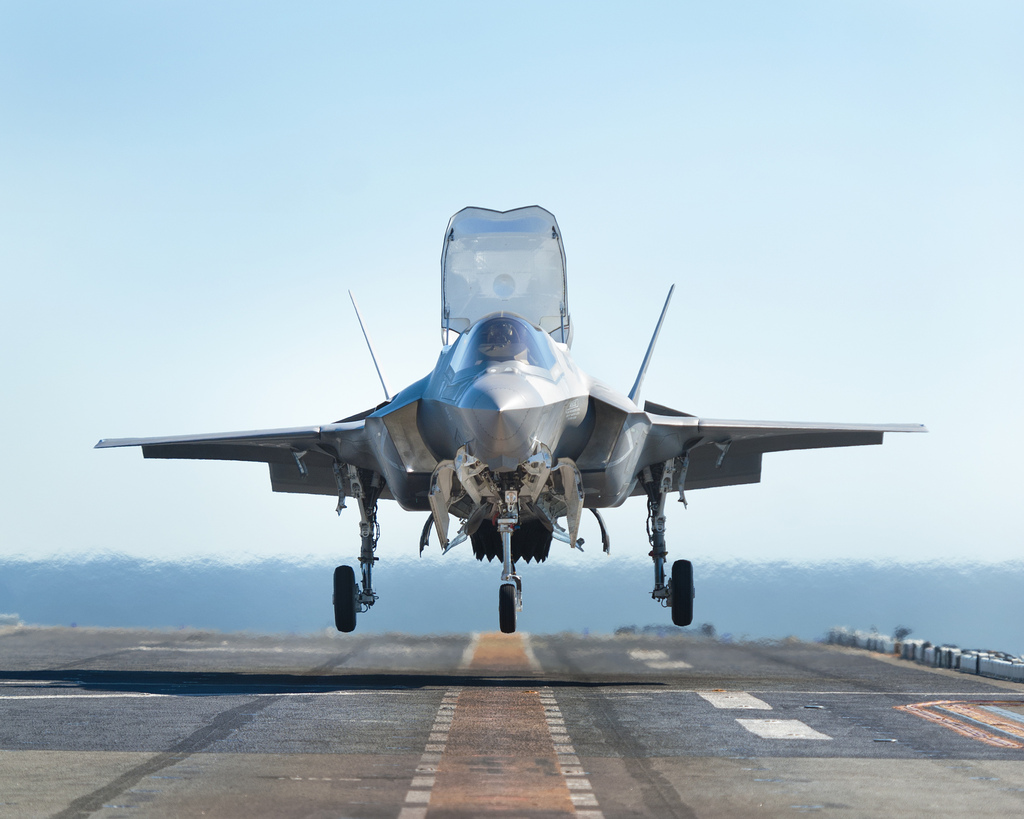 F-35A Mini-Heritage Flight and First Lightning II at Selfridge ANGB for 100th Anniversary. The USAF F-35A Lightning II made history again this past weekend when it visited Selfridge Air National Guard Base for the first […]

The Israeli F-35I “Adir” Declared Operational. So What’s Next?