With a new set of austerity measures aimed at saving up to $25 billion to balance the budget by 2013 (and avoid a catastrophic default that would put the entire Euro-zone at risk) just approved, Italy could be soon compelled to review many of its future defense projects.

Even if the new Defense Minister, Adm. Di Paola pointed to a significant cut in terms of personnel, as the most important measure to preserve Italy’s capability to sustain current projects as well as internal and foreign missions, the amount of lawmakers among all political forces who advocate further weapon cuts has grown in the last few days.

The priority targets for cuts this days have been already identified: the Lockheed Martin F-35, that the Italian Air Force and Navy would like to use to replace the AMX, the Tornado and the AV-8B+ Harrier fleets (in other words, the only air-to-surface assets Italy can employ in Crisis Support Operations); and the Cavour, the second and most modern Italian aircraft carrier destined to be equipped with the much troubled F-35B, the STOVL (Short Take Off and Vertical Landing) version of the Joint Strike Fighter.

Dealing with the F-35, Italy has planned a purchase of 131 F-35s, worth about 15 billion Euro. Of those, 20-22 are supposed to be the Harrier replacement on the Cavour while the rest should be conventional A planes. The Air Force is interested in both the A and B version.

Both right and left-wing parties are becoming more critical about Italy’s involvement in the F-35 program arguing that the stealth fighter is a waste of money for a country on the verge of financial collapse. In their opinion, Italy should leave the program and lose the 2.5 billion Euro already invested in the development to save the 13 needed for production. Furthermore, “Italy is not about to attack anyone”, hence there is no need for such an expensive defense investment.

More or less the same words were used to criticize the aircraft carrier, that costs the Italian taxpayers 100,000 Euro each day (when docked; 200,000 Euro/day when on cruise).

For sure, the F-35 is a costly and uncertain program. However, some of its problems and delays deals with the advanced technology that this innovative aircraft integrates. Hence,  the decision to quit the program should be weighed heavily. If this aircraft survives, it will be the backbone of the U.S. attack fleet, replacing several aircraft types; if Italy confirms its involvement procuring “some” F-35s, it will have the opportunity to develop, operate and evaluate the future most advanced (and costly) combat plane.

Sooner or later Italy will be compelled to replace its ageing fleet of attack planes. Even if one of the Lessons Identified in Libya was the need for a light and cheap aircraft like the AMX to sustain long lasting air wars, current planes can’t live forever nor can be continuously upgraded to keep them in service for 3 or 4 decades.

When the moment arrives, there won’t be many options. One of them is using an upgraded Typhoon, a multirole non-stealth fighter plane of the so-called 4+ generation that, when required to replace the above mentioned Italian attack planes, will have to face 5th if not 6th generation manned and unmanned stealth fighters made of morphing metals and flight surfaces featuring some Star Wars-like equipment.

Nor the problem of replacing the Harriers on the Cavour should be underestimated. Since all the former RAF jump jets were purchased by the USMC, there will be few options if Italy quits: either second or third-hand AV-8Bs or a navalised Typhoon like the one offered to India (provided this version will ever be developed and compatible with the Italian ship).

Above all, Italy should remember how much the decision to keep the F-104 in service for 40 years has cost to the Italian Air Force, equipped with a jurassic fighter almost useless in real operations not even capable to ensure an effective air defense service at home. When it became evident that the amazing Starfighter could not be updated any more two gap fillers had to be hired until the Eurofighter Typhoon became available. A costly and painful move.

Although it’s still unclear whether Italy will simply downsize its procurement or withdraw from the program, what’s certain is that every canceled Italian plane will increase the costs of the remainder making their unit price if not unaffordable, less affordable.

Unit price depends also on the foreign sales. U.S. have commitments from allies to buy as many as 500 jets. Moreover, Japan has selected the F-35 as the future F-X and Lockheed Martin will build 42 stealth planes for the JASDF, a breath of fresh air that would be completely wiped out by an Italian withdrawal.

The Economist has already warned that the program is in danger of slipping into the “death spiral” where increasing unit costs would lead to cuts in number of ordered plane, leading to further costs that would boost order cuts.

In the meanwhile, the average price of each plane in “then-year” dollars has risen from $69m in 2001 to $133 million in 2011, a price that has been already declared unaffordable by Pentagon’s top weapons buyer Ashton Carter who talked to the Senate Armed Services committee in May 2011. 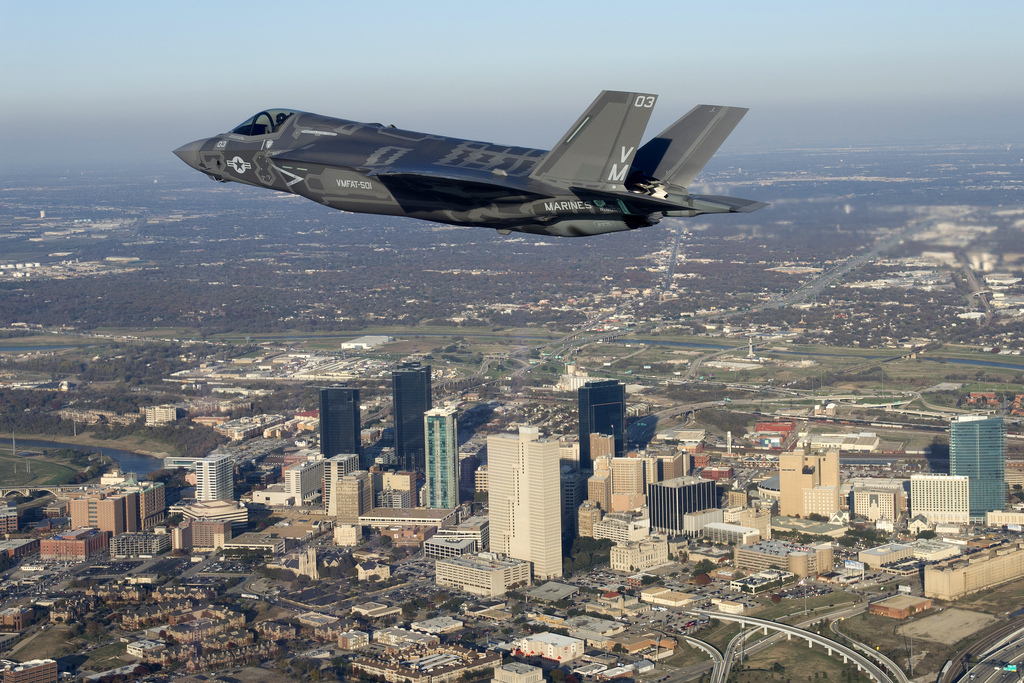 Watch this: high-performance take off in a Eurofighter Typhoon

Here’s what a high performance take off from the backseat of one of the world’s most advanced fighters looks like. On Jan. 28, I had the opportunity to experience the thrill of a 4 vs […]