RAF: Harrier Retirement Won’t Hurt F-35C Skills
By ANDREW CHUTER
Published: 17 Dec 2010 08:55
One of Britain’s senior Royal Air Force commanders has rebutted suggestions that retiring the Harrier GR9 will damage the ability to regenerate skills to operate the new F-35C variant of the Joint Strike Fighter off a new aircraft carrier when it enters service around 2020. “Anybody who thinks that operating a Harrier today was somehow going to link you with the F-35C on the Queen Elizabeth-class aircraft carrier is . It is just not true,” said Air Officer Commanding No. 1 Group Air Vice Marshal Greg Bagwell.
The Harrier is a short-takeoff-and-vertical-landing aircraft, while the F-35C is a conventional aircraft requiring catapults and arrestor wires to operate. The latter aircraft is destined to be used on the new 65,000-ton carriers now being built by a BAE Systems-led alliance. Britain originally intended to acquire the STOVL F-35B version of the Joint Strike Fighter, but as part of the strategic defense and security review in October opted to switch to the conventional F-35C variant. At the same time, the British government decided to immediately ax the joint RAF/Royal Navy Harrier GR9 force and decommission the aircraft carrier Ark Royal, leaving Britain without a maritime air strike capability until 2020, when the F-35C and the Queen Elizabeth-class warship are available. Britain’s joint force of 79 Royal Air Force and Royal Navy Harrier GR9’s aircraft took off into retirement Nov. 15 from their base at Cottesmore in eastern England and will now be scrapped, unless they can be sold or a new use for them is found. The Daily Telegraph newspaper said earlier this week the MoD was looking at a proposal to create a reserve squadron using the Harriers. The decision to decommission the Harrier and the Ark Royal has caused huge controversy, in part because its opponents say it will be difficult to regain the skills needed to run carrier strike operations in the future. Bagwell said he does not underestimate the challenges and risks involved in building the F-35C operation, but he thinks the RAF and the RN forces would have faced the issue regardless of whether the Harrier had stayed in service.
“The techniques and procedures to recover a conventional carrier aircraft using catapult launches and arrestor gear recoveries, or ‘cats and traps,’ are totally different from that of a STOVL aircraft,” he said. “That is just as true for the aircrew as it is for the ships crew. Whilst the Harrier would have preserved the requisite skill sets for the F35B STOVL variant of the Joint Combat Aircraft” – the name the British called their JSF program – “they are largely irrelevant to that needed to operate the F35C.
“Effectively, we need to build the skill sets for the new aircraft and carrier configuration from scratch. We all ready have plans in place to begin that build up over the next 10 years with our allies and partners.” He said it was a “tall order,” but regaining carrier skills is a problem Britain had previously faced and overcome. One senior Royal Navy commander agreed with Bagwell’s assessment and said there was a much bigger question mark over regaining deck skills than the capabilities of pilots Bagwell, who commands all of Britain’s fast jet operations, said the RAF and the RN “have 10 years to get our act in gear and understand what operating the F-35C variant means for training and other preparation. Some we will have to learn from the USA and France,” he said. The British already have a pilot exchange program with the U.S. with officers flying carrier operations with the F-18. Bagwell said he was confident British pilots would also be flying French Navy jets as well “We will be flying Rafales from French carriers within a few years. I’m sure of it,” he said.
The British are targeting the availability of a single squadron of F-35Cs by 2020 to equip a joint RAF/RN operation. Briefing reporters last week, Bagwell said that would require an initial order for about 40 aircraft. How the aircraft will be employed in the future has yet to be worked out, but said he thought the aircraft would not be tied to the aircraft carrier. “They are there to project air power. It’s irrelevant where they are launched from. The Royal Navy will hate me for this, but sometimes they will be launched from the deck of an aircraft carrier for good reason. Other times it will be in-country closer to the problem,” he said. Either way, he said the F-35C gave the British better deep penetration, ISTAR and other capabilities than the more limited STOVL F-35B.

Anything weird? Apparently, not. As Bagwell affirms, the Harrier could not contribute to generate the skills required to fly the F-35C since the conventional carrier variant has not a STOVL (Short Take Off Vertical Landing) capability. Right. Unfortunately, what must be underlined is that Britain had originally chosen the STOVL variant before the Strategic Defense and Security Review in October deciced to switch to the C variant making the Harrier GR9s APPARENTLY useless. It’s a matter of logic: the Harrier was not scrapped because of the C variant; the C variant was chosen because the Harrier was sacrificed (along with the Ark Royal aircraft carrier). With this decision, UK will not have aircraft to equip aircraft carriers until 2020. Since the development of the F-35 is taking more than expeceted in both terms of time and costs, was this the right pick? I don’t think so.

Below, a of RN Sea Harrier FA.2 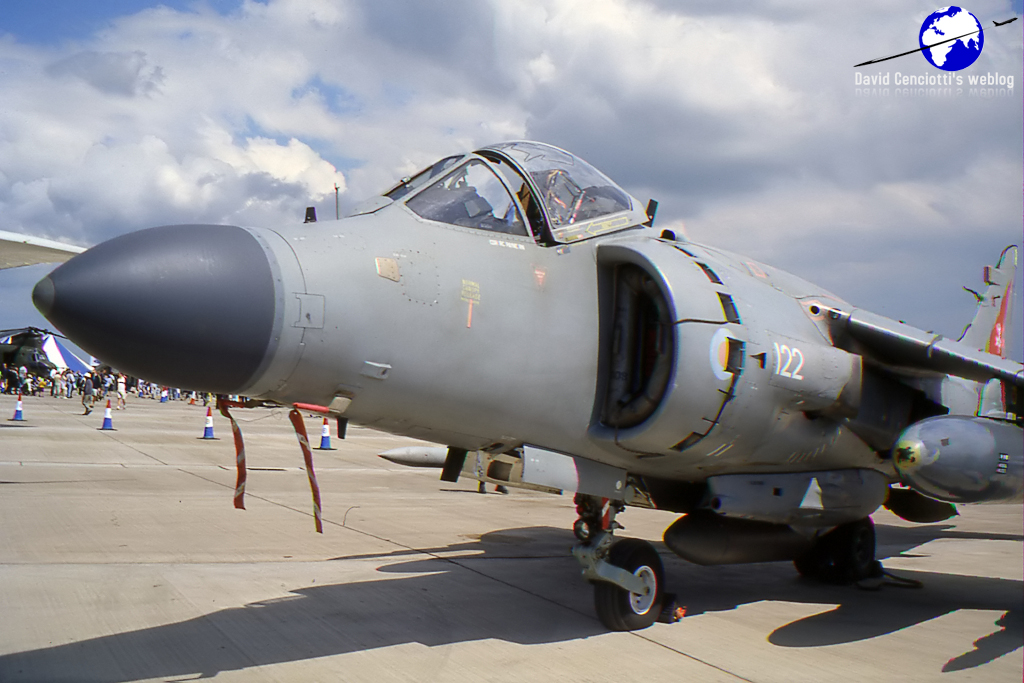 Two RAF Harrier GR7s (the left one photographed during an air-to-air refueling mission on board a Spanish KC-130 from Aviano in 2000; the right one taking off during RIAT 2002). 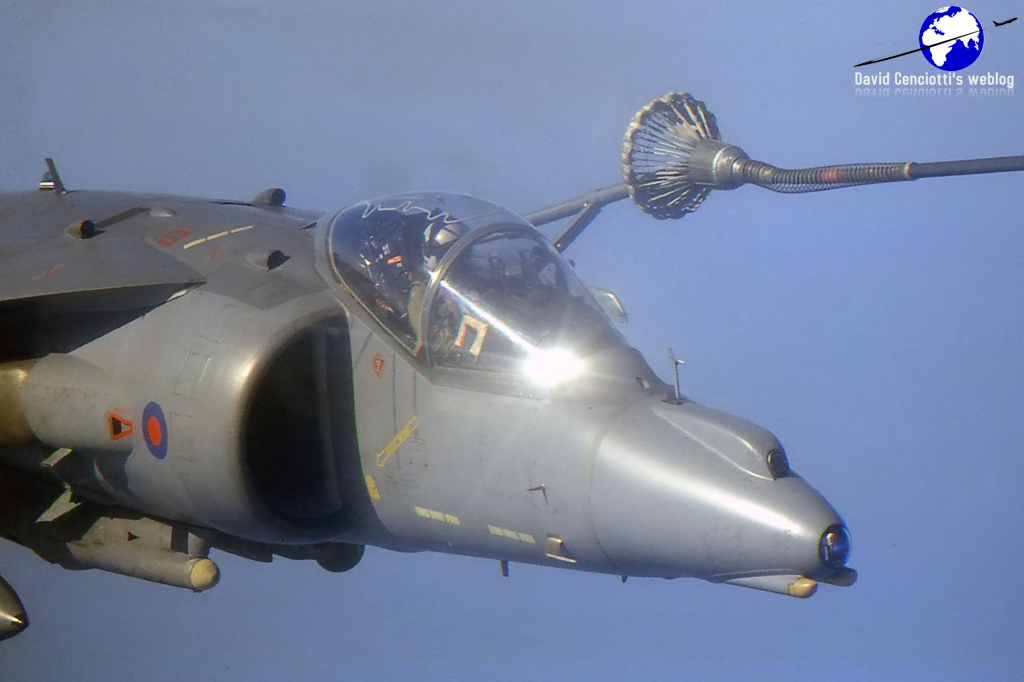 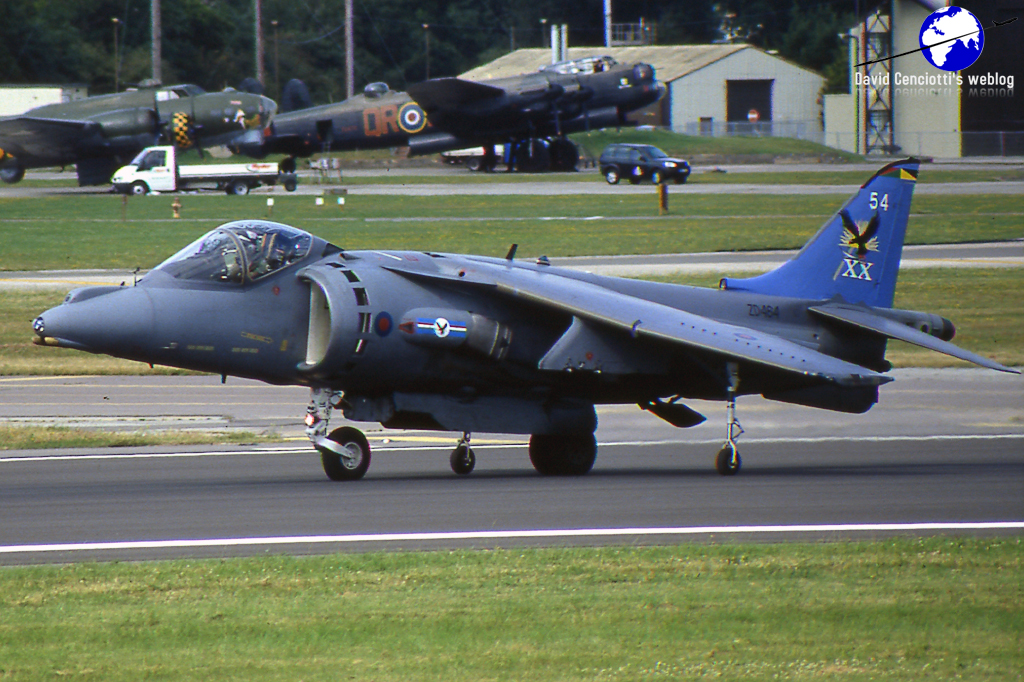 Is it Italy facing the same risk? Absolutely not. The current scenario offers just two options for the Italian Navy that can’t afford building a new catapult-equipped aircraft carrier in the short-mid period:

2) the Italian Harriers are replaced by the STOVL F-35B as soon as it becomes available.

Below, AV-8B+ Harrier of the Marina Militare refueling from a B707 tanker. 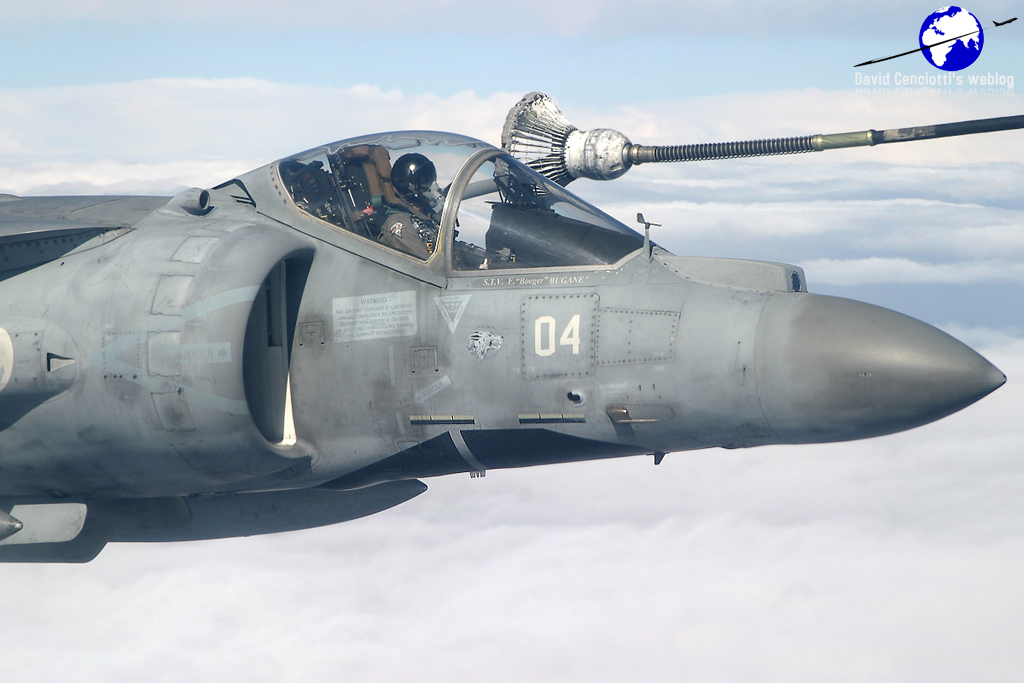 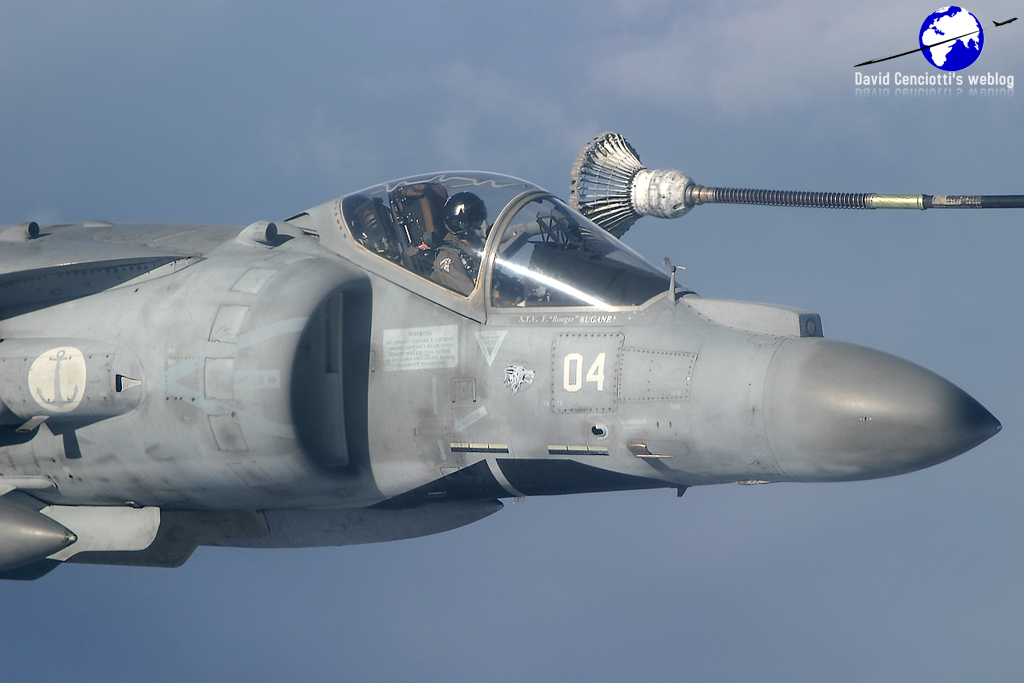 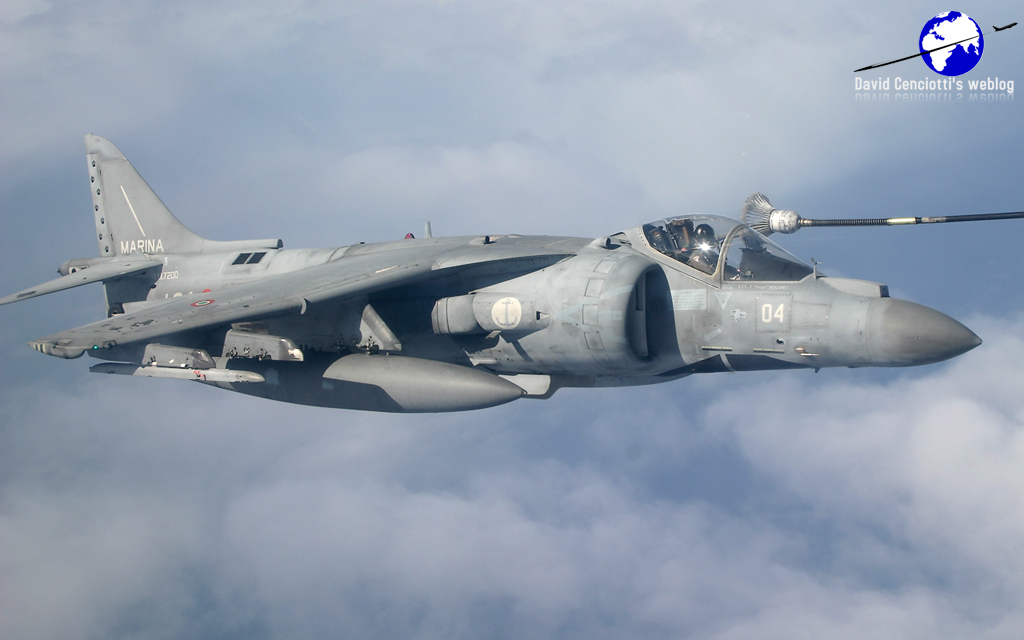 In a media briefing held inside the fuselage of the C-27J CSX62127, Finmeccanica group’s company Alenia Aermacchi has unveiled a few more details about the new gunship version of the Spartan launched by Alenia Aeronautica […]