Do you remember HOTAS (Hands On Throttle And Stick)?

As the following  Lockheed Martin picture shows, the F-35B, the (most costly) Short Take Off and Vertical Landing (STOVL) version of the Joint Strike Fighter, is not only pretty easy to fly as I witnessed in a ride on board the JSF Cockpit Demo, but it embodies so much advanced technology to be flown by the pilot with only one hand (resting his left one). 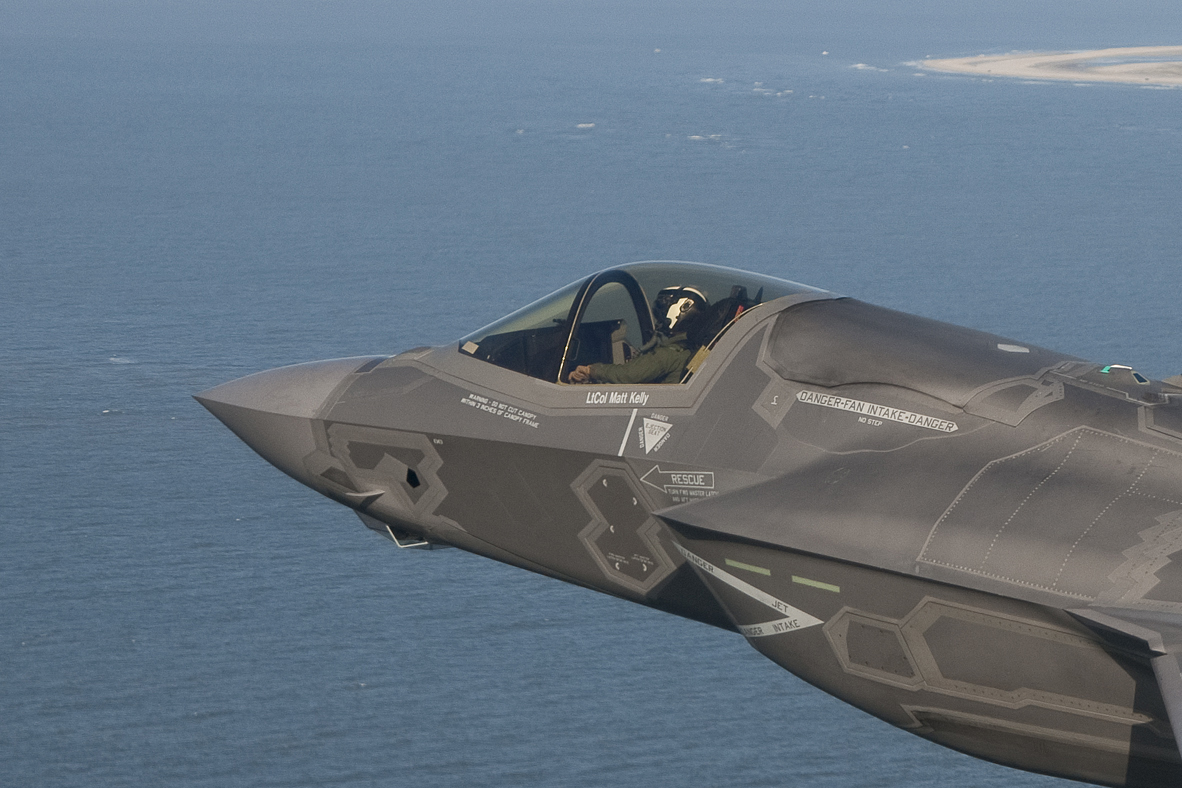 Indeed the above picture depicts Marine Corps Maj. Richard Rusnok on board the second F-35B test aircraft “BF-4” as he returns to land aboard USS Wasp on Oct.6, 2011, during STOVL ship suitability testing aboard the land amphibious assault ship off the coast of Virginia. He’s simply resting his left arm on the canopy edge. As someone commented, at least this shows that the F-35 cockpit is quite comfortable!

However a funny image about the F-35 (especially after publishing the famous “F-35 Garbage” picture that someone saw as disrespectful….?!) gives me the opportunity to talk about a standard feature of all the most recent generations of fighters.

Hands On Throttle And Stick is the concept according to which all the vital switches and buttons a combat pilot needs to access the radar functions, the weapon control and flight managent systems, the attack and identification systems, the radio and navigation equipment, etc, are placed on the flight control stick and engine throttle, allowing him/her to give inputs to the onboard computers without having to remove a hand from the flight controls.

Coupled with a JHMCS (joint helmet-mounted cueing system), HOTAS enables the pilot to perform a high-G turn while using the throttle to obtain the desired thrust and switch from the air-to-ground to the air-to-air mode (and vice versa) and cue onboard weapons against enemy aircraft or ground vehicles merely by pointing his head at the target to guide the weapons.

Some aircraft as the Typhoon, use the DVI (Direct Voice Input) creating an integrated system dubbed VTAS (Voice Throttle And Stick). In VTAS cockpits, voice can be used to control some non-critical systems reducing pilot workload and removing the need for him to look down at any of the MFD (Multi-Function Displays).

DVI is affected by in-flight environment noise and has to cope with quick voice level variability under high-G stress, different types of microphones with different frequency responses, and also different type of English (English spoken by an American or British pilot is sensibly different from the one of a Spanish or Italian one). So far, I’ve never heard of VTAS being effectively used in combat, but most probably, DVI will be extensively used in the next years and even the F-35 should have a speech recognition system in the future.

Naturally, there are some phases of the flight that don’t require the pilot to keep the hands on the flight controls. Sometimes pilots leave the control stick free although its position is not kept by the autopilot.

For instance, during catapult launches from aircraft carriers, after rudders have been deflected for take off, F-18 pilots are required to hang on a handle on the cockpit mount in order to prevent the quick acceleration inducing some involuntary movement on the flight control stick. 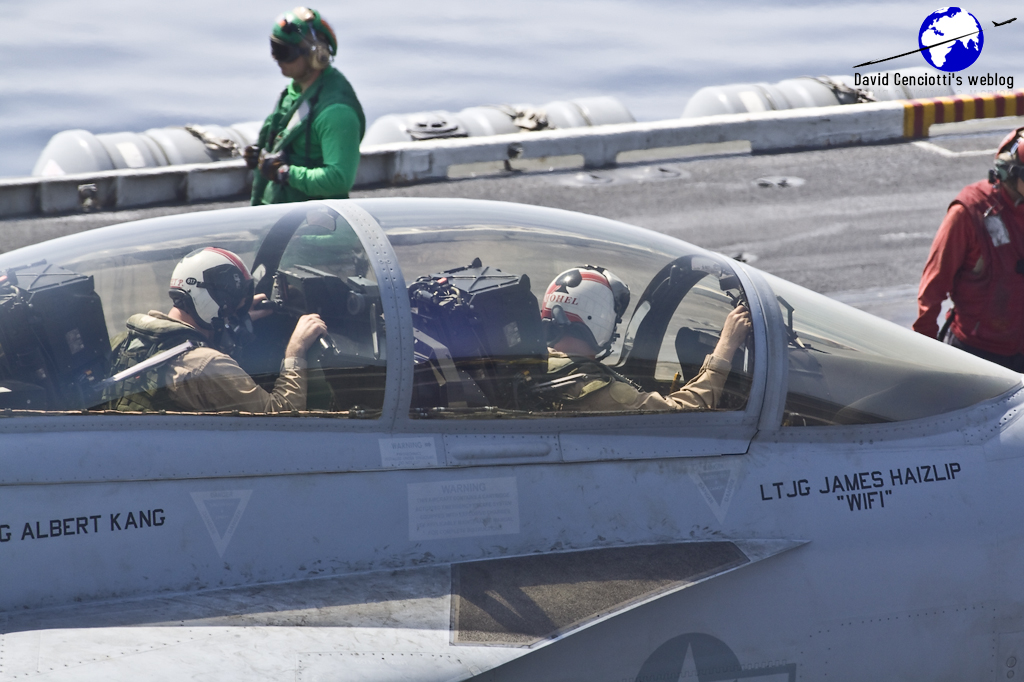 A C-2 Greyhound is preparing for an arrested landing on USS Nimitz on Oct. 19, 2009, while dolphins jump in the ship’s wake. An interesting picture, in my opinion, since the idea of power of […]

Spectators Are Not Allowed to Touch F-35 Jets, But Some in Belgium Got a Lucky Chance. If you are among the millions of people to see a Lockheed Martin F-35A Lightning II Joint Strike Fighter […]