Look at the following image.

Included in the “F-35 from the Cockpit” webminar held on Jan. 18, the screenshot gives an idea of the Joint Strike Fighter glass cockpit featuring full touch screen, HOTAS, voice activated commands, system monitoring with all information displayed on a “portal” that make the most advanced (and expensive) 5th generation aircraft ever built, “amazingly easy to fly” as F-35 Test Pilot Bill Gigliotti said during the webminar.

As I witnessed some years ago in the F-35 Cockpit Demonstrator, the combat flight simulator-like symbology, combined with a Helmet Mounted Display with the 360° view of the battlespace, that correlates images coming from a set of cameras mounted on the jet’s outer surfaces, giving the pilot the ability to see in all directions, through any surface, as if it was equipped with x-ray vision, gives the pilot the opportunity to fulfil every kind of mission with the so-called Total Situational Awareness. 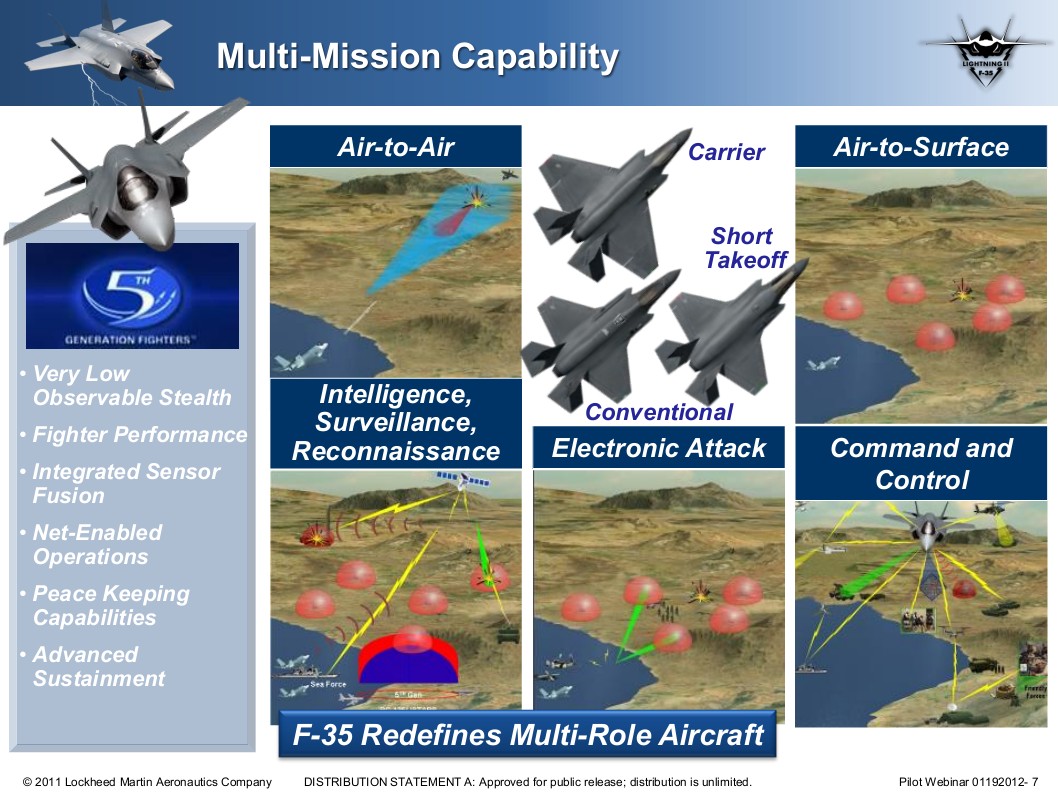 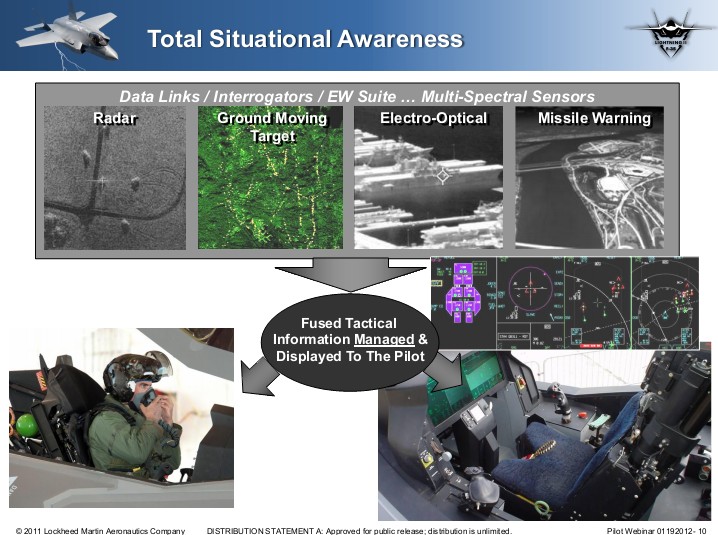 During the webminar, that featured also by F-35 Chief Test Pilot Alan (Al) Norman as speaker, Lockheed affirmed they are sure the F-35C will be able to land on a carrier since they are waiting the new testing campaign to validate it.

On a question about the dogfighting capabilities of the F-35 in relation to a Sukhoi Su-37: “they are years behind us.” 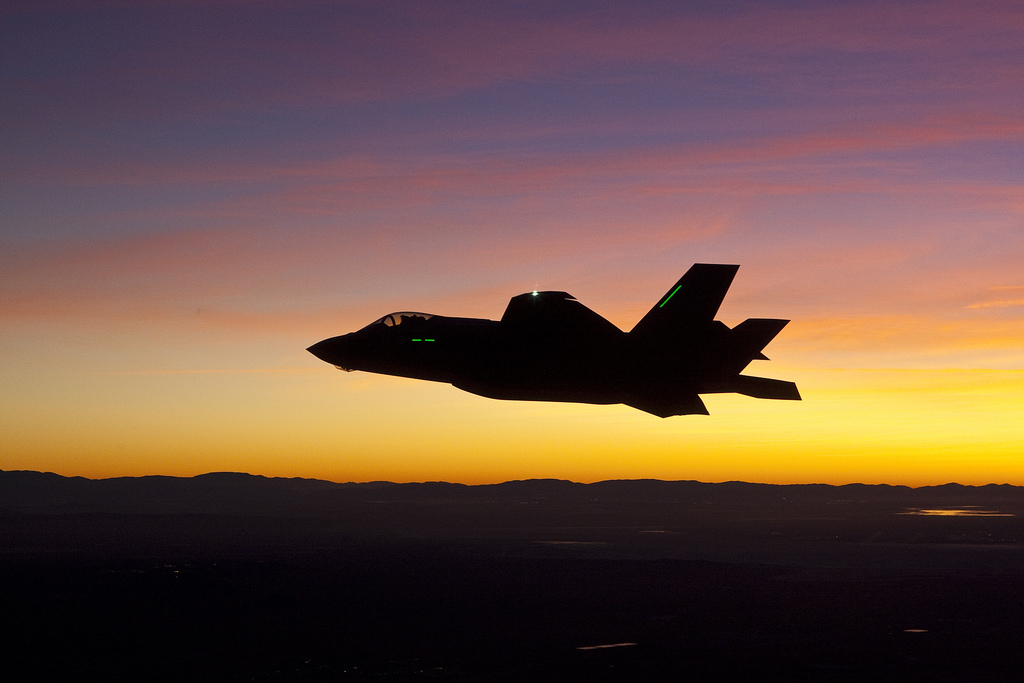 In the meanwhile LM has released on Flickr the first night flying pictures of the F-35.

Italian version available here Hydrazine is a colorless liquid (for more info click here) that feeds the electrical systems and the EPU (Emergency Power Unit) in case of engine failure. Should a flame-out occur, hydraulic […]