As highlighted by an interesting article published on F-16.net, among all the other flaws listed in the JSF Concurrency Quick Look Review dated 29 November 2011 (an official document recently leaked), there is one issue that might have a significant impact on American and British naval aviation’s future plane.

According to the leaked report, the F-35C, the variant developed for the U.S. Navy (and chosen by the UK for its future aircraft carrier), is unable to get aboard a flattop because of its tailhook design issues.

During specific tests conducted at NAWC-AD (Naval Air Warfare Center – Aircraft Division) Lakehurst, the F-35C failed to engage the MK-7 arresting gear with a disappointing score of 0 successes in 8 attempts. Considered that arrestment testing takes place on a normal airport, without the thrill of bad weather, pitching deck, nearby obstacles, low fuel, lack of alternate airfields and all those factors that make a trap on an aircraft carrier the scariest kind of flying.

In other words, the distance of 7.1 feet between the tires and the tailhook is too short and the responsive dynamics are such that the cable lies nearly flat on the deck by the time the tailkook point should intercept it for arrestment. 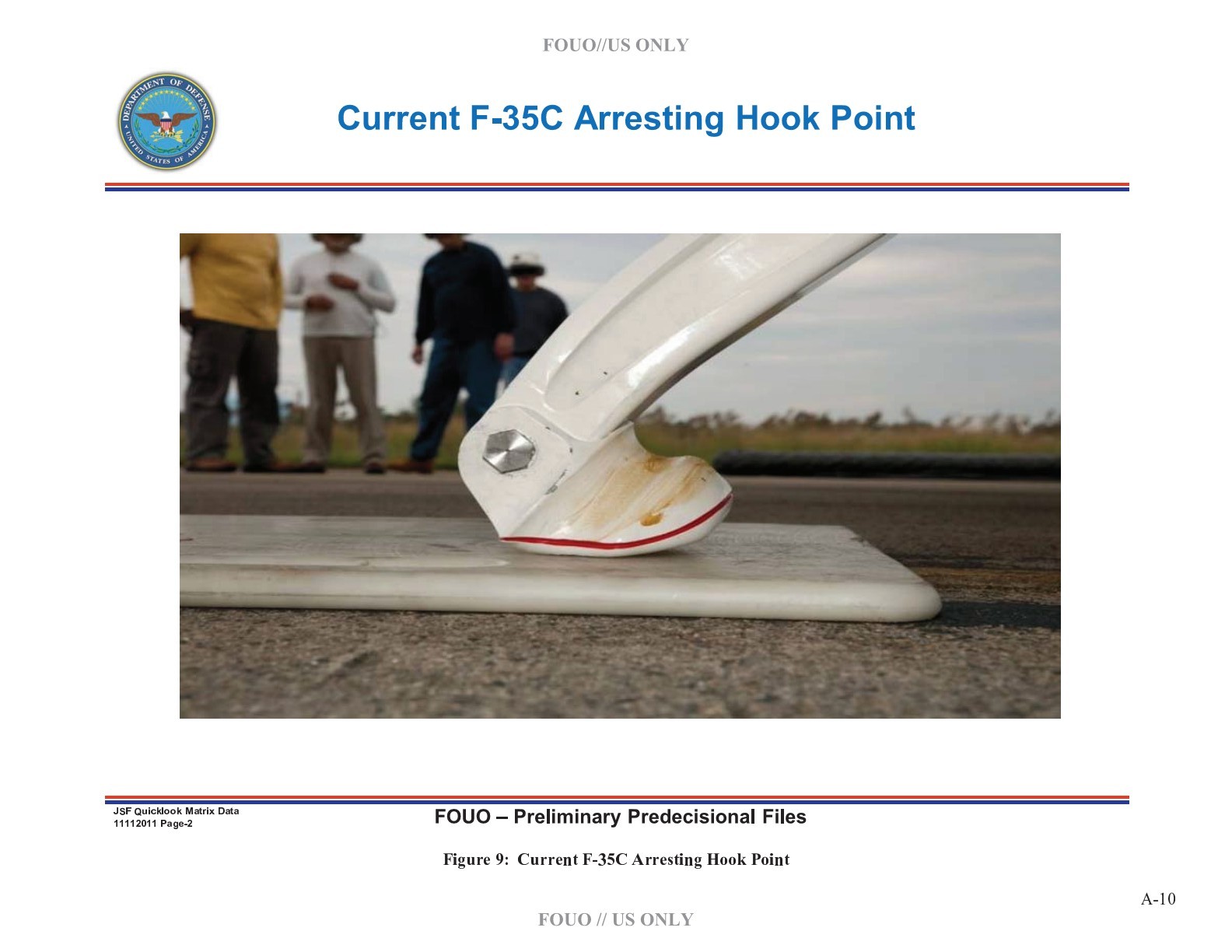 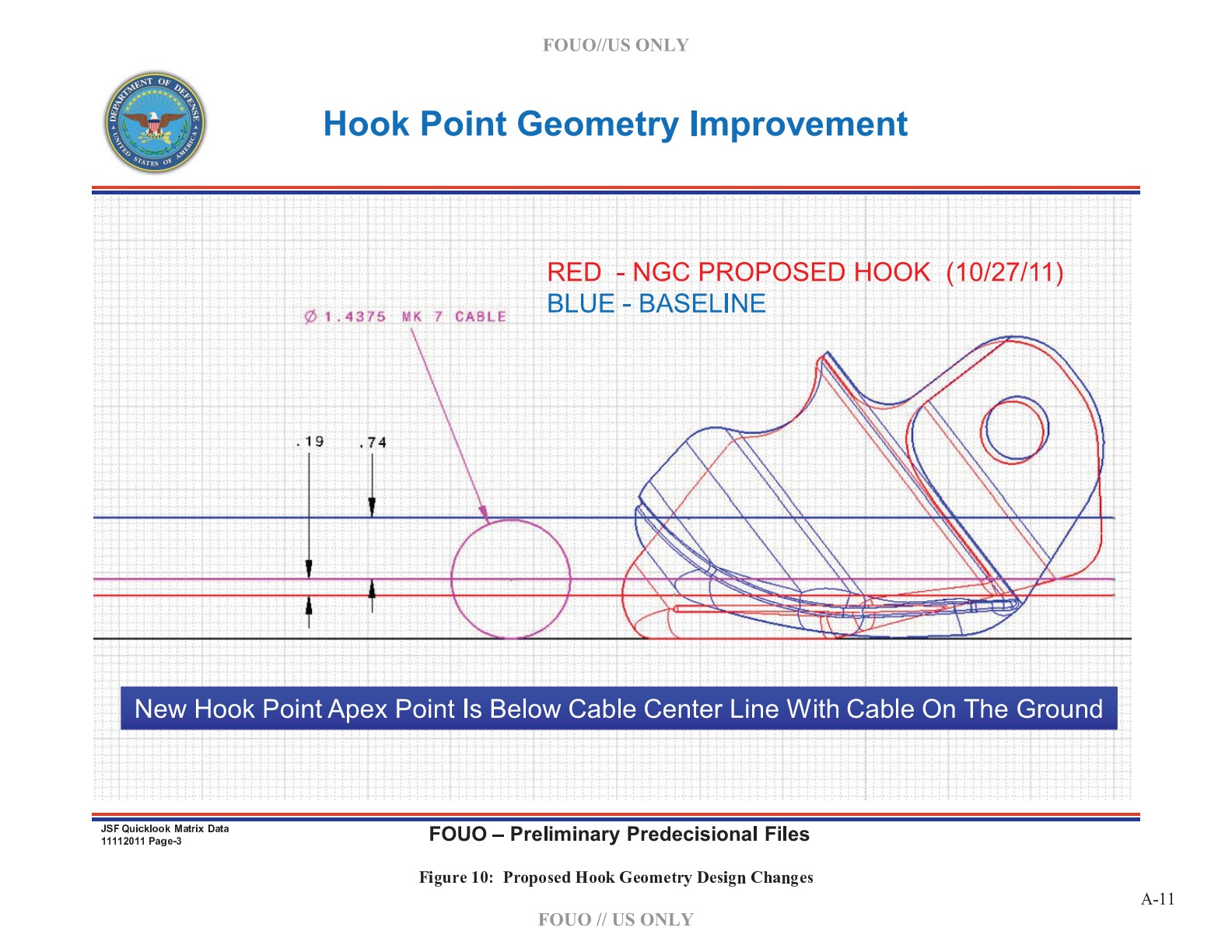 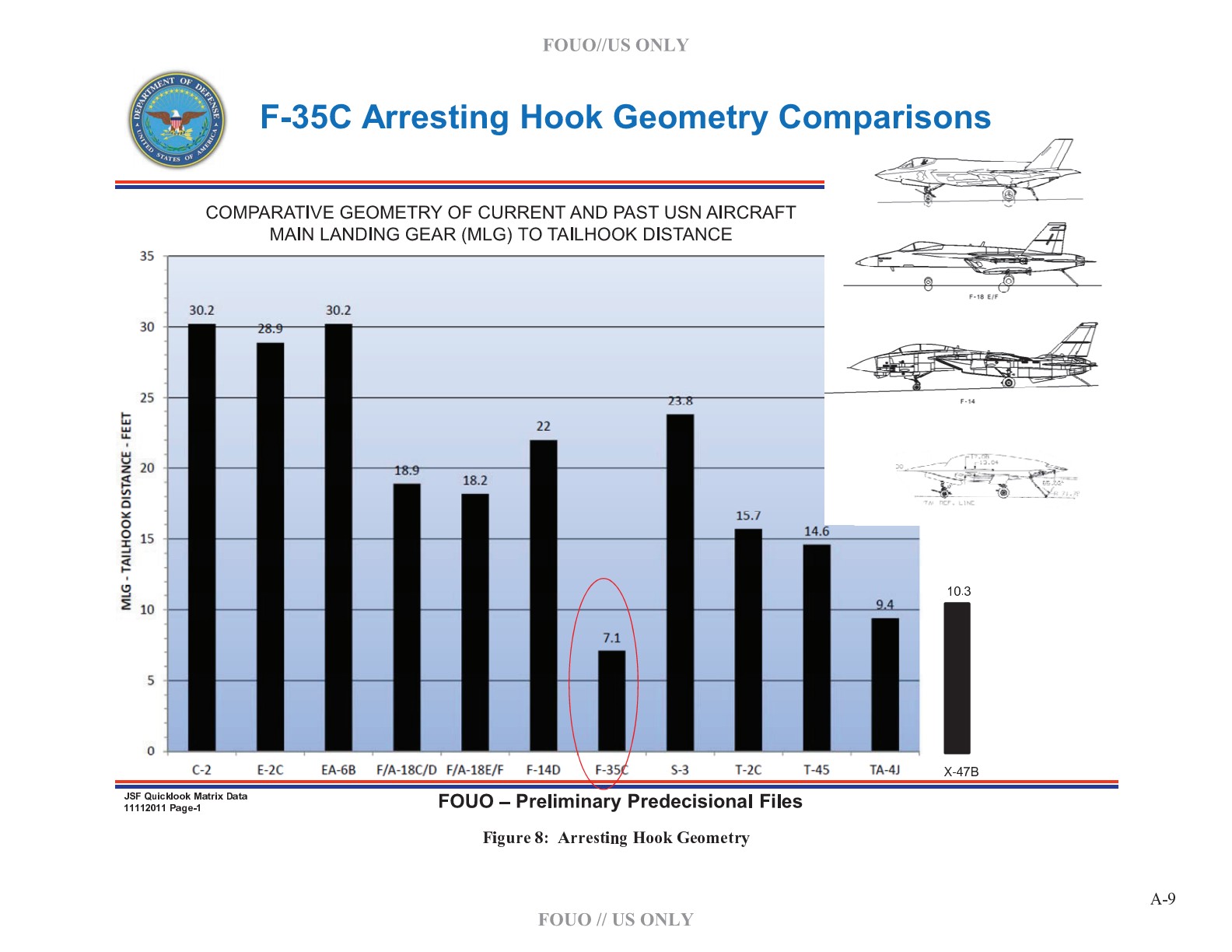 Although the current F-35C tailhook point design was based on that of the Hornet, the F-18 geometry places the distance of its main landing gear to tailhook point at 18.2 feet, a longer distance where the trampled cable has enough time to respond and flex back to its original position. 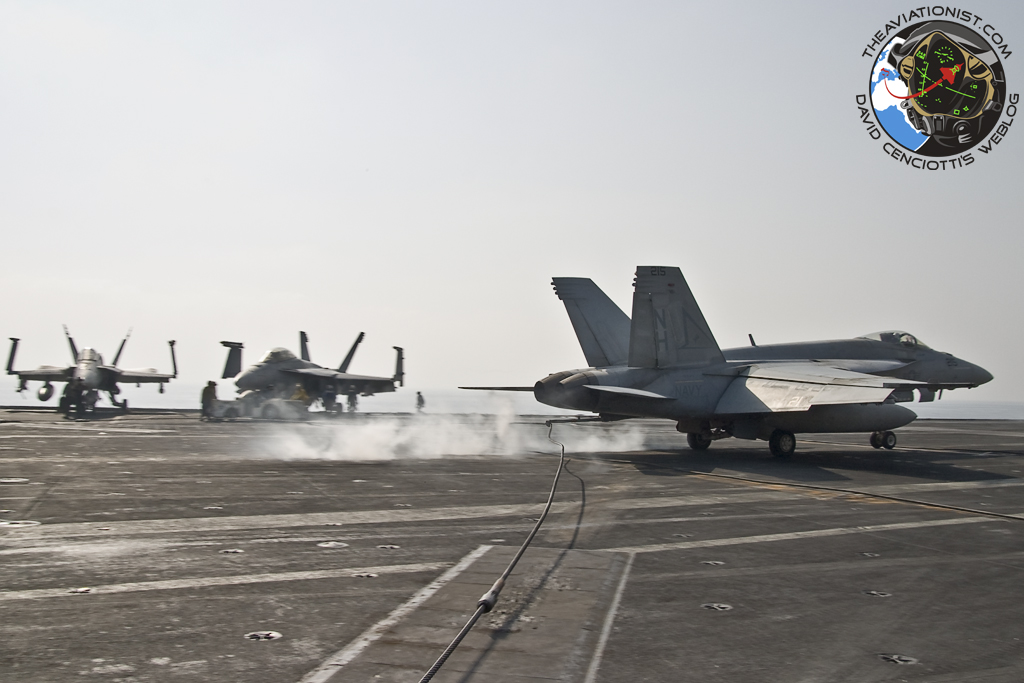 To address the tailhook issues, the tailhook point and hold down damper components will be redesigned and tested at NAWC-AD, Lakehurst in April 2012.

Most probably, LM engineers will find a way to fix the AHS problem.

However, “if the proposed redesigned components do not prove to be compatible with MK-7 arresting gear, then significant redesign impacts will ensue. Accordingly, the program is conducting a formal trade study to assess options beyond AHS redesign. One option includes adjustments of AHS airframe location. However, since arrestment loads are significant and the aircraft has certain constraints with respect to engine location and survivability considerations, any readjustment of AHS location will have major, direct primary and secondary structure impacts” report says.

While the X-47B UCAV has a longer MLG to tailhook distance (longer than the TA-4J) than the F-35, meaning that it should not be affected by the same problem, maybe the UK Royal Navy is still in time to design its future carrier’s arresting gear to comply with the F-35C’s AHS. Or revert back to the F-35B….:-) 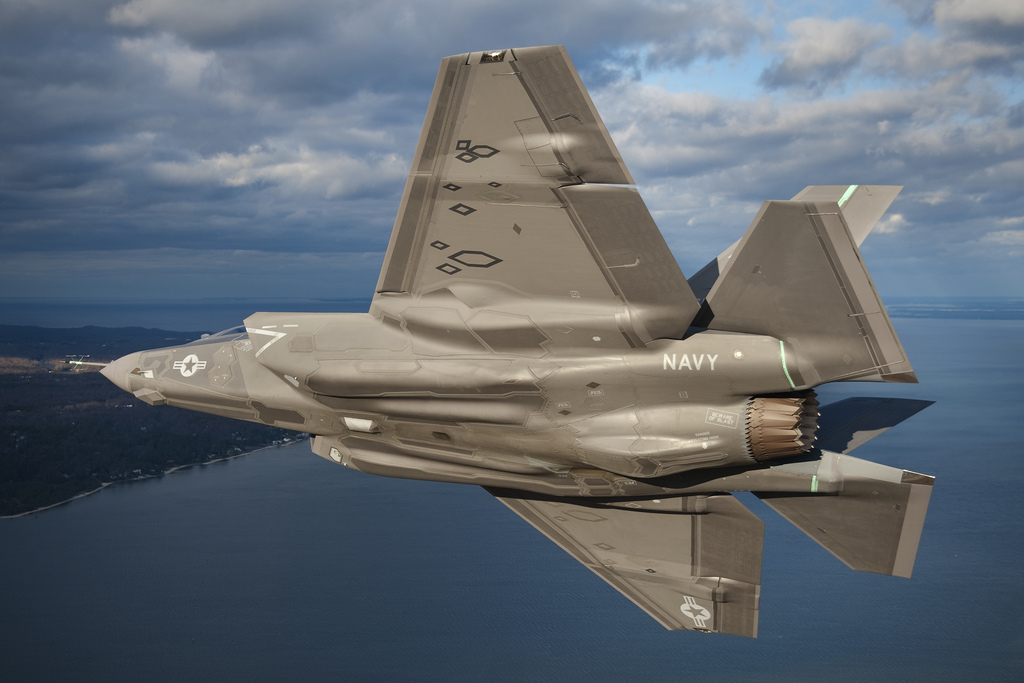 The Blue Angels have started preparing the 2021 flight demonstration season with the F/A-18E/F Super Hornet. As we already reported, the Blue Angels, the U.S. Navy Flight Demonstration Team, flew their final formation flight with […]

U.S. aircraft carrier and part of its escort “sunk” by French submarine during drills off Florida

If you thought aircraft carriers were invincible you were wrong. On Mar. 4, the French Ministry of Defense released some interesting details, about the activity conducted by one of its nuclear-powered attack submarine (SNA) in […]

U.S. F-16s tasked to destroy enemy radars, missile batteries to get the same radar-absorbing paint job of the F-35

All the U.S. “Wild Weasel” F-16s are being given a new paint job similar to the one of the F-35 Joint Strike Fighter. It is called “Have Glass 5th generation” as it represents the evolution […]