On Mar. 22, 2012, the F-35 completed the first night air-to-air refueling during a test mission from Edwards AFB, California.

Thanks to the gas received through the JSF’s receptacle, Vitt’s sortie lasted more than three hours.

After qualifying with the KC-135, the F-35 Integrated Test Force at Edwards AFB will also conduct night refueling tests with the KC-10. 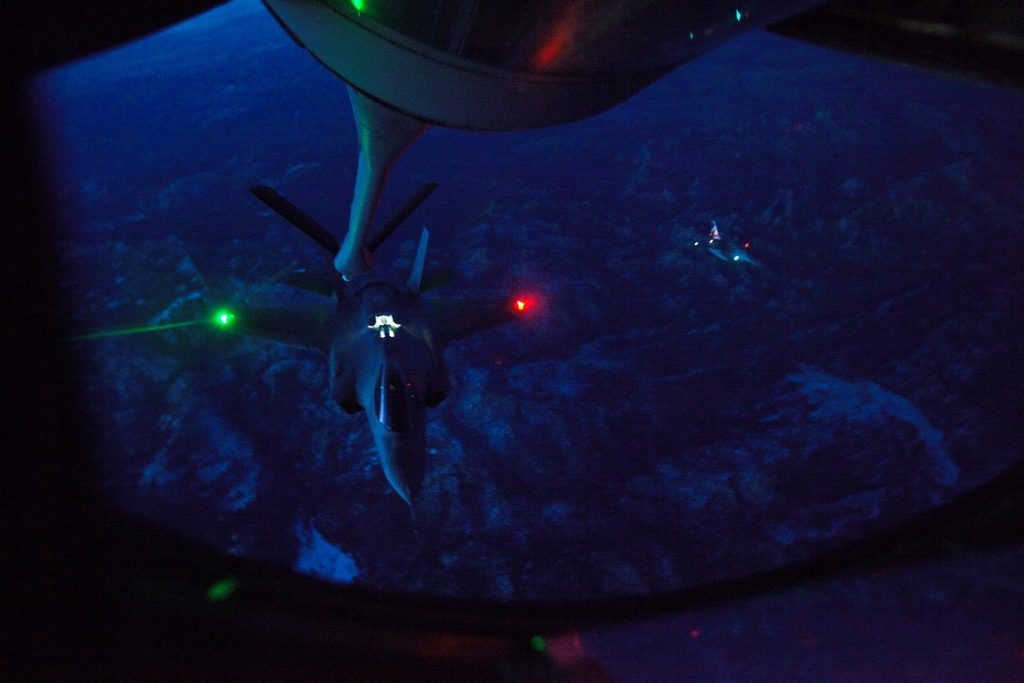 Watch these photos captured by a U.S. Air Force KC-10 Extender refueling the B-2 bomber enroute to Rose Bowl flyover

Here are some incredible photos captured by a Travis Air Force Base KC-10 Extender aircrew. We have already published a cool aerial photograph and footage of the flyover conducted on Jan. 1, 2016, by a […]

An A-10 pilot had to land his Thunderbolt at Al Asad Air Base in Iraq’s volatile Anbar province. A U.S. Air Force A-10 Thunderbolt involved in a mission in support of Operation Inherent Resolve, was […]

A USAF F-15C Eagle has achieved the longest known air-to-air missile shot ever. While its most advanced variant, the F-15EX (recently officially named the “Eagle II”) was being delivered to the U.S. Air Force getting […]