Raptors belonging to the 1st FW from Joint Base Langley–Eustis, Virginia, can be seen taxiing, taking off and landing at the end of the training sorties with Las Vegas skyline in the background. 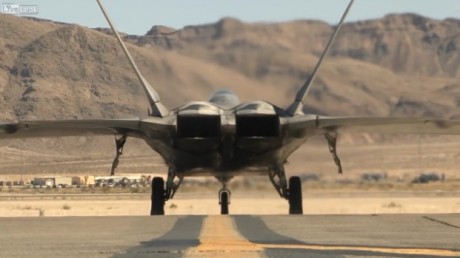 The weapon’s booster ignited and burned for the expected duration, achieving hypersonic speeds. The U.S. Air Force announced that it finally successfully released an AGM-183 Air-launched Rapid Response Weapon (ARRW) from a B-52H Stratofortress off […]

Update Jan. 7, 2013 14.00 GMT The following video was allegedly filmed on Aug. 27 by a passenger of flight Alaska Airlines 821 from Sacramento and Kahalui, Hawaii. According to the uploader, who has posted to […]