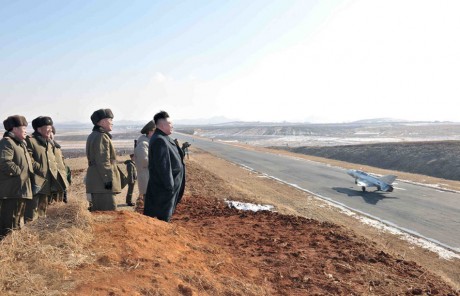 Noteworthy, as the following images prove, the drills included fighter jets operation from a local highway. 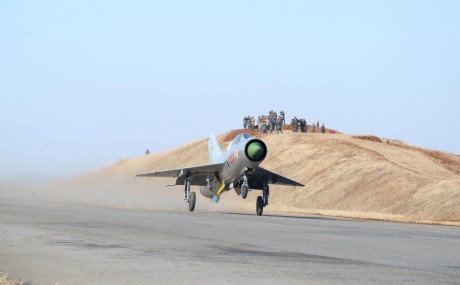 According to the news agency, Korean People’s Army Air Force pilots on board their (obsolete) MiG-21 fighter jets showed the flexibility to launch sorties from remote regions where weather is unfavorable and runways/highway may experience violent gusts of wind. 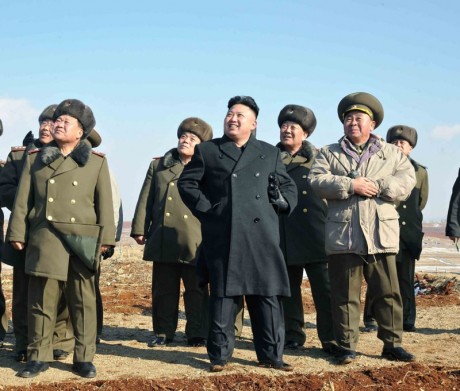 Based on the above images North Korea’s supreme leader is quite satisfied by the show and most probably believes his Air Force could effectively face South Korean and U.S. fighter planes in case of war.

I would not be as confident.

The B-1 bombers allegedly deploying to Guam were staging a mock trans-Pacific deterrence mission?

Last week we reported about the alleged deployment of seven B-1B strategic bombers to Guam exposed by the radio comms in the clear intercepted by an airband listener. Around  09.00 pm CDT (GMT -5) on […]

Pentagon flexing muscles at Pyongyang: B-52 bombers take part in largest U.S. exercise in Korea for the first time

Although North Korea’s most recent attempts to project an image of strength to the rest of the world have failed, the U.S. military is undoubtedly focusing on the Korean peninsula. Even if the news that […]

A photo, reportedly taken in Benghazi a couple of days ago, could prove it’s not the Egyptian Air Force but the Libyan Air Force conducting air strikes in the country. On Oct. 16, some media […]