“The owl”, is the name given to the STRIX-C, the small tactical remotely piloted aircraft (RPV) that the provides surveillance of the base in Afghanistan that hosts the 2,500 men and women of the multinational contingent of Regional Command West.

Indeed, “Camp Arena”, Herat airbase, is guarded by the mini-UAV operated by the Italian Air Force Riflemen (“Fucilieri dell’Aria”) of the 16° Stormo (Wing) whose task is to provide Force Protection for the contingent in theater.

The drone is used to observe every movement around the base, even and especially at night. Only 8 kg in weight and completely portable, the 3-meter wide UAV is powered by an electric motor powered by two batteries, and can fly several hundred meters above the ground photographing, recording and transmitting “real time”  imagery to a FCS (Flight Control System) station from where two operators remotely control the drone.

The Strix-C, that has recently achieved the FOC (Full Operational Capability), is quiet and difficult to detect, that’s why it was used to secure the airport and the surroundings. 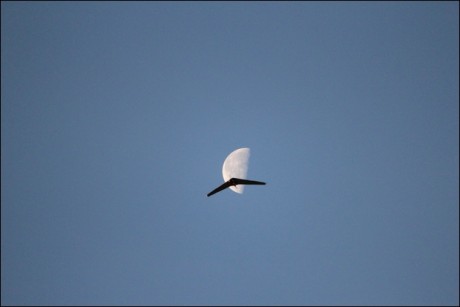