As explained on a previous post, on Jun. 11 (a day after it was originally planned), Italian Eurofighter with 4°, 36° and 37° Stormo (Wings)  deployed to Keflavik Airbase, Iceland to provide a NATO air defense capability to the Northern European country that does not operate autonomous airspace surveillance aircraft. 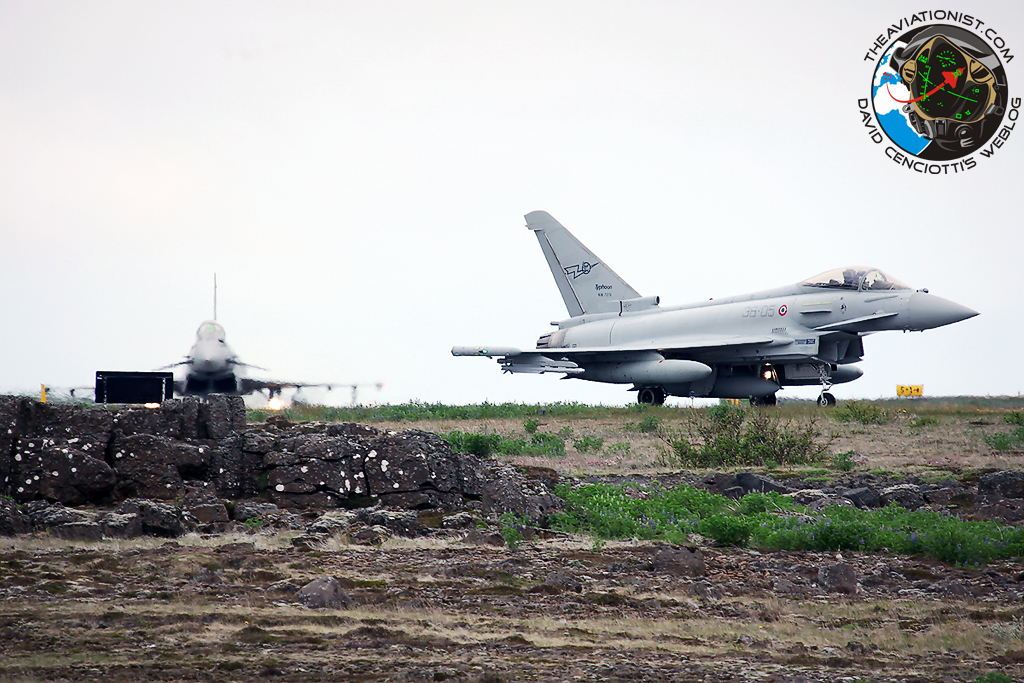 The Italian involvement in Iceland’s air defense is a clear example of the new NATO strategic concept that encourages asset and cost sharing, as well as capability pooling.

Two KC-767A aerial tankers (MM62227 and MM62228) ferried the Italian Typhoons to Iceland on 11 June, in two flights; both departed the following day.

The following images were taken by Eggert Norðdahl at Keflavik, as the Typhoons (F-2000A according to the Italian Mission Design Series) performed the first orientation and dedicated training sorties required for the subsequent NATO validation of the Italian Air Force assets. 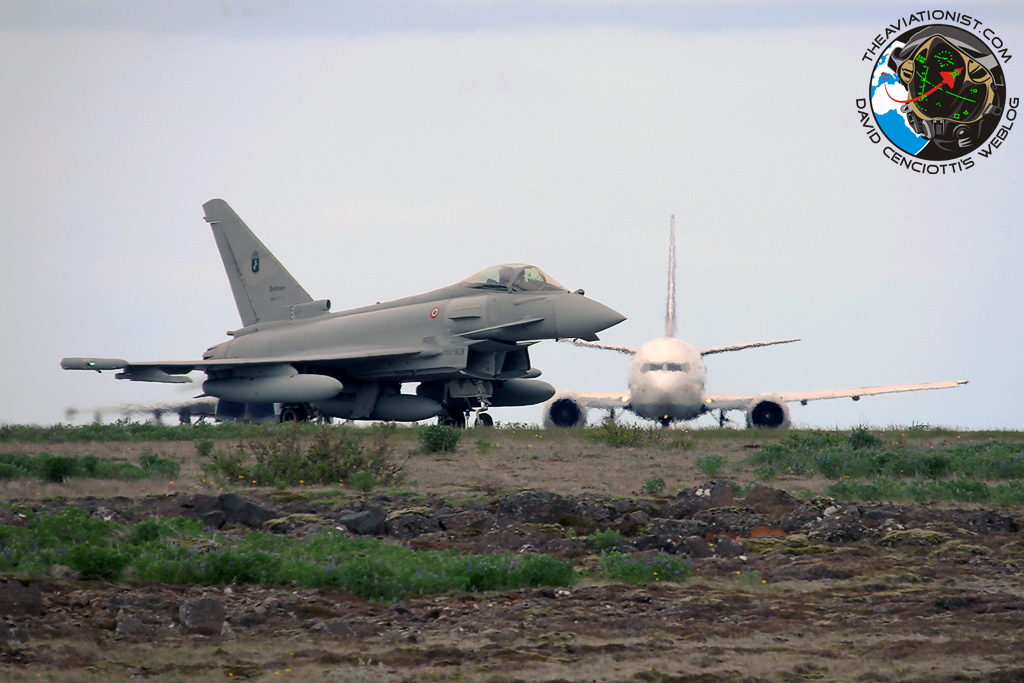