Australia’s first Lockheed Martin F-35A Lighning II made its maiden flight. And here are a couple of interesting photographs.

On Sept. 29, F-35A Lightning II Joint Strike Fighter, AU-1, made its first flight from Lockheed Martin’s Forth Worth facility, in Texas.

The aircraft, one of the 72 multi-role planes destined to the RAAF will be delivered to the “customer” later this year and will be assigned to Luke Air Force Base, Arizona where Australia and other partner countries will train their F-35 pilots.

The RAAF is expected to base the Joint Strike Fighter at two airfields: Williamtown, in New South Wales, and Tindal, in the Northern Territory, where 1.5 billion USD facilities and infrastructures to support the new fifth generation radar-evading plane will be built.

The futuristic (and quite expensive) F-35, along with RAAF F/A-18F Super Hornet (some of those are deployed in the UAE to support U.S. led campaign against ISIS) and EA-18G Growler electronic warfare aircraft, will make Australia a regional air power. 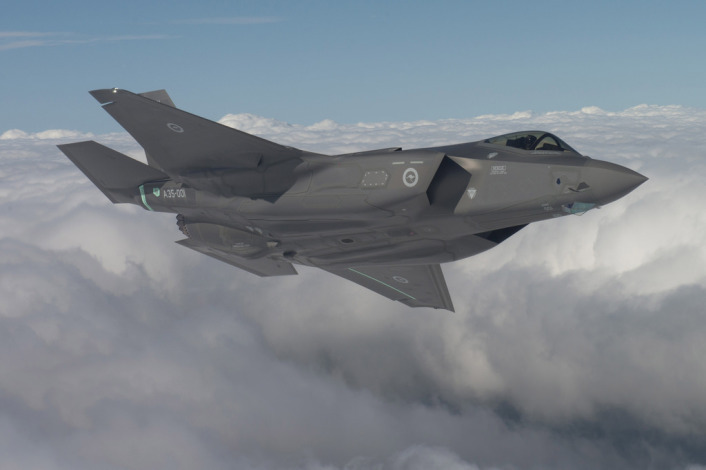 The F-16V will continue flight testing before being ferried to the U.S. for final upgrades and certification. The first F-16V of the Hellenic Air Force flew for the first time after the end of the […]

Almost one year ago today (on Jan. 20, 2012), citing the progress the F-35B STOVL (Short take off vertical landing) variant made in 2011, Secretary of Defense Leon Panetta rescinded probation for the F-35B, about one […]

The present and future of the F-35, A-10 and other platforms in the vision of the U.S. Air Force Air Command Command Chief. In an interesting, open and somehow surprising interview given to Air Force […]