Among the contents of the November 2012 issue of Classic Aircraft (a magazine that since Jan. 2013 has been incorporated into its sister magazine Aviation News), an interesting article written by Angus Batey gives an exclusive overview about the birth of the legendary Lockheed’s Skunk Works division.

The father of this facility was Clarence L. “Kelly” Johnson, one of the best aircraft designer in the aviation history.

He created the Skunk Works with the aim to develop some of the most revolutionary military aircraft following a concept: a project would have turned into a great aircraft if only few qualified people had worked on it.

Thanks to this rule the Skunk Works division designed airplanes which represented a giant leap for their times such as the F-104, the U-2, the Blackbird family or the F-117A stealth fighter jet.

In Batey’s article some of the people who contributed to create these classified concepts and former Skunk Works members also explain which are the main differences between the rules followed by Lockheed during the development of the above mentioned aircraft and the rules followed by Lockheed during F-22 and F-35 development: these differences may be among the reasons which led to the problems of the last two US (multirole) fighter jets. 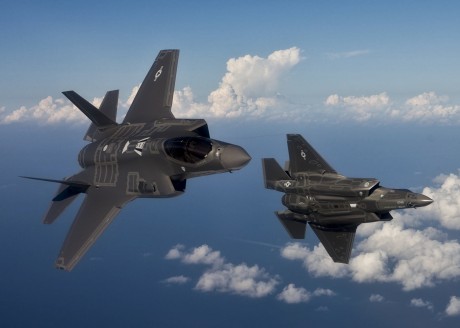 According to Batey, Alan Brown, a British guy who joined Lockheed in 1960 before joining the Skunk Works in 1975 and being involved in the Have Blue and F-117 programs, had “a simple algebraic formula”:

[…] “the time it takes to go from initial design to operational use by the Air Force is directly proportional to the size of the Air Force oversight committee that’s guiding the airplane design. For the F-117, the Air Force team was a colonel and six other experts-the corresponding team on the F-22 was 130. And if you ratio 130 over seven, you’ll get just about the ratio of the time it took from starting the airframes to getting them in service,” Brown explained.

Bob Murphy, who joined the Skunk Works in 1954, managed flight-test on the U-2 and became deputy director of operations, illustrated the troubles faced by the Joint Strike Fighter to Batey.

“Because of bureaucracy”, […] “once you get all these organizations involved-all the different Air Force bases across the country, and every contractor that makes a screw for the airplane-when they have meetings, everybody comes to every meeting, and nothing ever gets settled. It’s crazy! If you’ve got 300 people in a meeting, what the hell do you solve? Nothing,” Murphy stated.

But F-35’s cost overruns and slippage were are also due to the philosophy which brought to the three different F-35 versions, as explained again by Brown:

If you designed an airplane for each individual service to do what they wanted, each airplane would weight about 40,000lb, but if you combined them so one airplane could do the job that was needed for each service, the weight suddenly went up to about 70,000lb-and back then it was generally accepted that airplanes cost about a thousand dollars per pound of weight.

The cost savings on producing 400 of one airplane rather than 200 of two was about 10 percent, so it was clearly much more cost-effective to have two separate airplanes doing their own job best.

So how we manage, on the F-35, to suddenly reverse that idea is not clear to me.”

It’s a shame that the experience made on some of the most advanced and adveniristic projects ever made in aviation history did not guide LM and the U.S. Air Force and Navy through the development of the Lightning II. 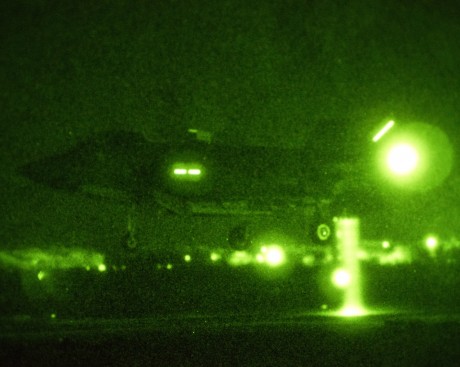 The Israeli Air Force is being delivered the first two 5th Generation stealth jets on Monday. They will help Israel “retain its edge” in the Middle East. The IAF is expected to take delivery of […]

A look at the F-16s of “The Green Mountain Boys”, the first Air National Guard unit destined to receive the F-35. The 134th Fighter Squadron of the Vermont ANG (Air National Guard) based at Burlington, […]