A question posed in Britain’s Houses of Parliament on Mar. 20 by Scottish Politician Angus Robertson highlighted the amount of time the F-35 development program has been lost due to grounding orders for the jet.

The answer he got was very concise and quite surprising.

The questions posed are done so in advance to give the British government chance to answer accurately; also known as Prime Minister’s question time this takes place on a weekly basis usually on a Wednesday in the Houses of Parliament in London. 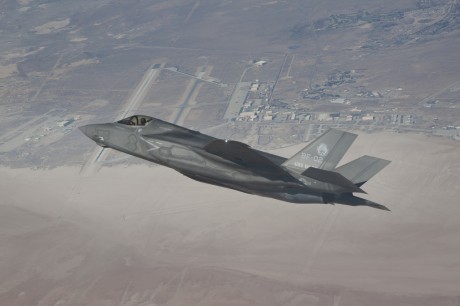 On Jan. 25, along with the ambassadors of NATO members, EU, Middle East and Mediterranean partners, The Aviationist has had the opportunity to visit the Cavour aircraft carrier during “blue water ops” off Civitavecchia port. […]

The F-18F Super Hornet was one of the highlights of the recent Farnborough 2010 not only because the multi-role aircraft displayed during the Air Show, but also because Shelley Lavender, Vice President and General Manager […]