B-1B bombers of the 7th Bomb Wing from Dyess AFB, deployed to Al Udeid airbase, in Qatar, have taken part in the air strikes on ISIS targets in Iraq and then Syria, since August.

On top is an interesting photo showing one “Bone”(from “B-One”) refueling at night from a KC-135 during an air strike on Sept. 27, as it ignites the afterburners to accelerate in bound to the subsequent waypoint along its route. 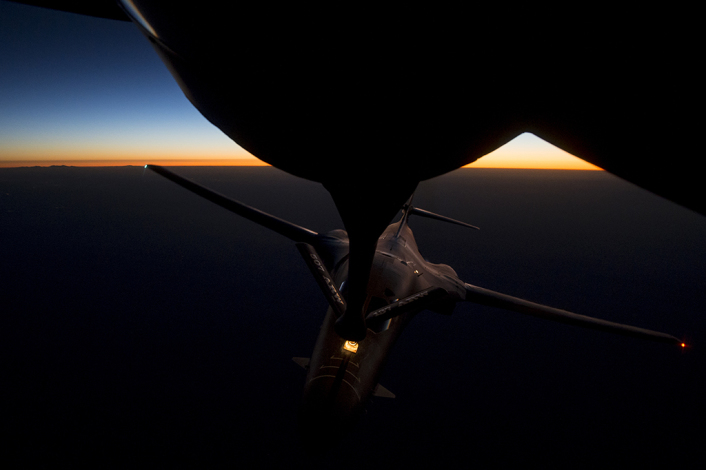 The BONEs are back to the UK for a Bomber Task Force deployment. On Oct. 6, 2021, two B-1B Lancers from the 9th Expeditionary Bomb Squadron, Dyess Air Forces Base, Texas, arrived at RAF Fairford, […]

While we don’t know what type of “integration” mission the aircraft flew, it turned out to be a great opportunity for some cool air-to-air photographs. The B-2A Stealth Bombers deployed to RAF Fairford, UK, as […]