Here are some interesting photographs of the F-22 Raptor of the 1st Fighter Wing, refueling mid-air during strike operations in Syria.

Taken on Sept. 26, the following images were taken from the boomer position aboard a U.S Air Force KC-10 Extender tanker during air-to-air refueling operations of an F-22 Raptor fighter aircraft enroute to Syria. 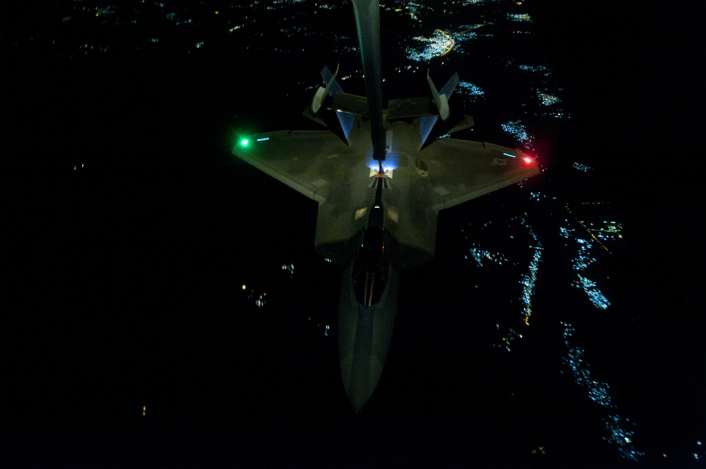 The Raptors, launched from Al Dhafra, in the UAE, where they are deployed along the F-15E Strike Eagles from RAF Lakenheath, were part of a strike package that was engaging ISIL targets in Syria. 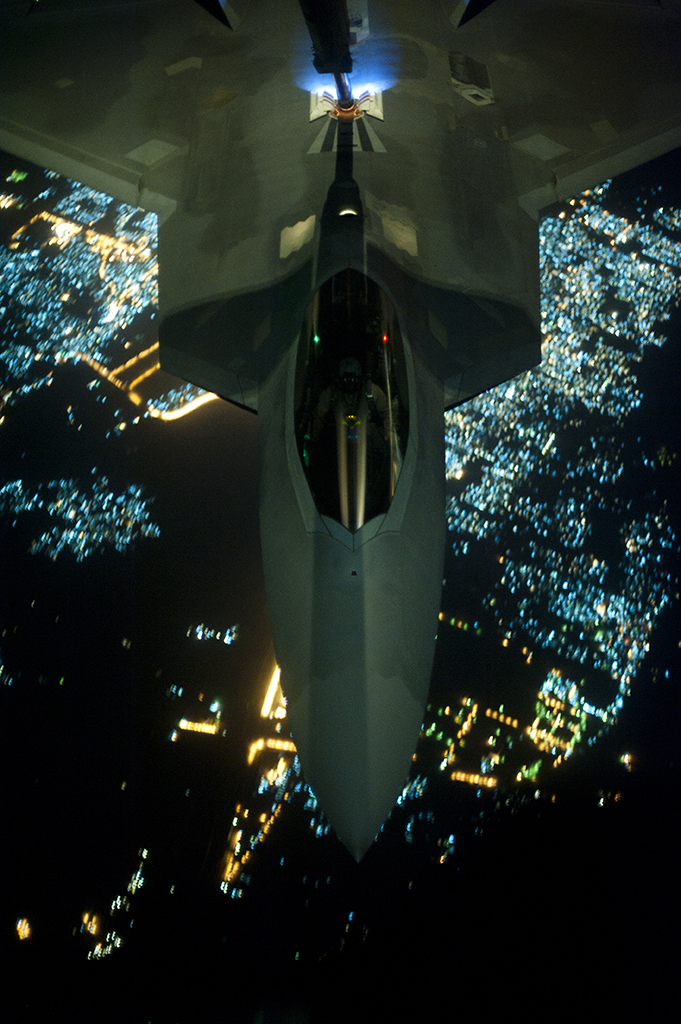 The F-22 Raptors of the 1st FW that have been stationed in the Persian Gulf from 6 months, will soon be replaced by 6 Raptors belonging to the 95th FS from Tyndall Air Force Base. 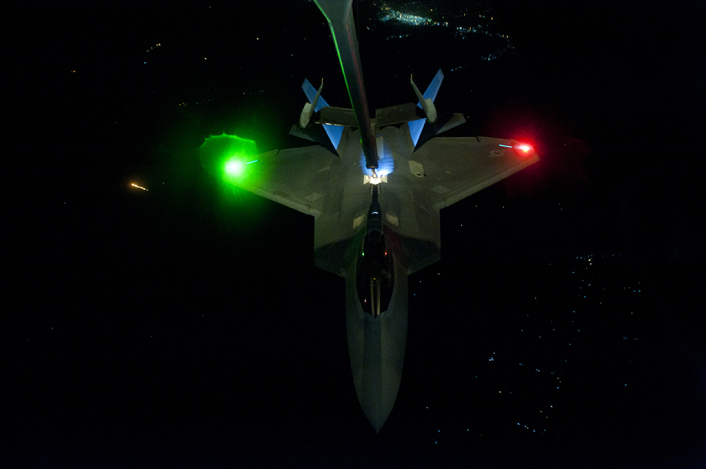 F-15E aircraft from RAF Lakenheath will be releaved by Strike Eagles from Seymour Johnson Air Force Base. 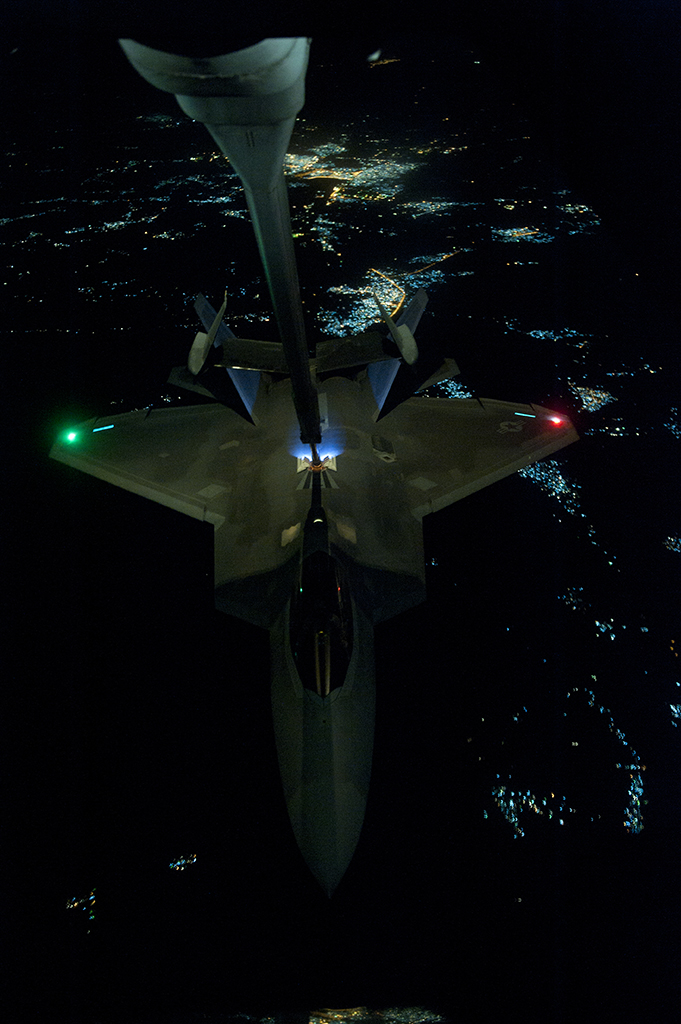 The Helicopter Safely Returned To Base After Checking Out A Possible Transmission Fault. A U.S. Army AH-64 Apache attack helicopter performed a precautionary landing during an operational mission over northern Syria in the morning of […]

This is the JSF’s first “Elephant Walk”. According to the Hill Air Force Base FB page this is happening now: F-35A pilots from the 388th and 419th Fighter Wing prepare for takeoff as part of […]