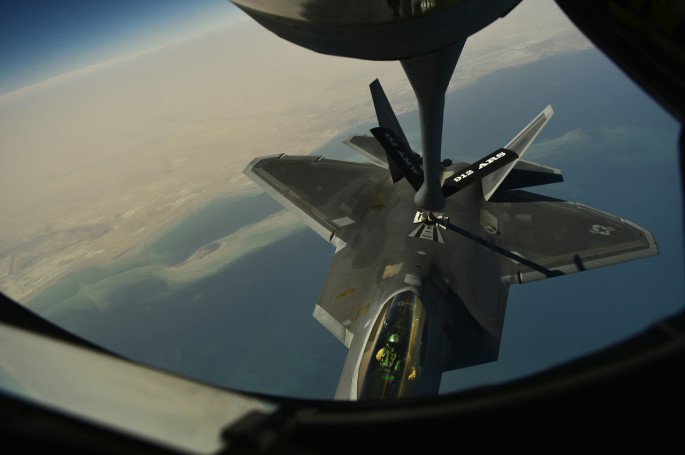 That’s why they may need several plugs into aerial refuelers booms to extend their endurance. 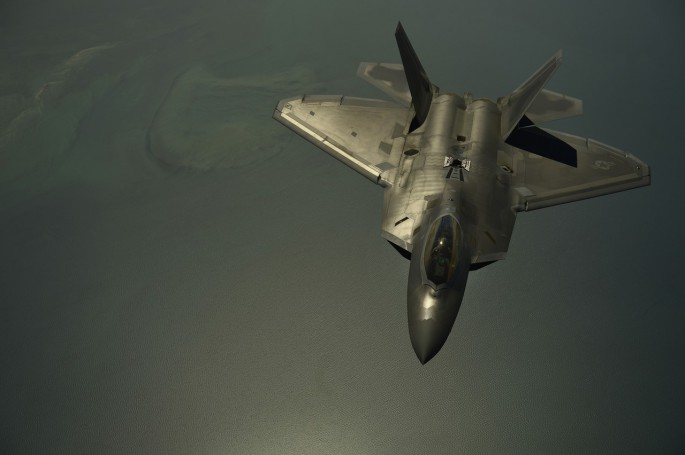 F-22s also fly HVAAE (High Value Asset Air Escort) escorting UAVs (Unmanned Aerial Vehicles) that operate along the boundaries of the Iranian airspace: during one such missions a Raptor discouraged two Iranian F-4s that were trying to intercept a Raptor drone. 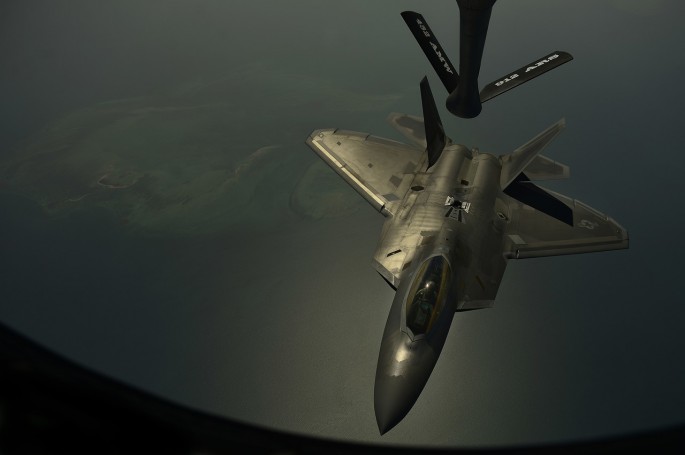