Stealth planes might be invisible to radars but they can do nothing against human eye.

This is what the following images prove.

Taken by Gian Luca Onnis, a (lucky) photographer and aviation enthusiast, on Jan. 25, the photographs show a flight of six F-22 Raptors trailing two KC-135 and a KC-10 tankers overflying Sardinia island, Italy, on their way back to the U.S.

The radar evading planes, returning to Holloman, New Mexico, from a deployment in South East Asia, were clearly visible because of the long white contrails they left over the Mediterranean Sea. 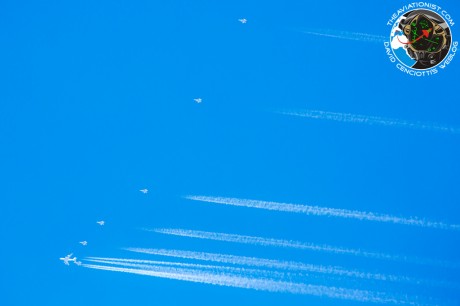 Whereas the six stealthy planes of the 49th Fighter Wing returned to the CONUS (Continental U.S.) six F-22 belonging to the 3rd Fighter Wing, were flying in the opposite direction (via Lajes, Azores) to replace them in the Persian Gulf area.

Noteworthy, unlike the Holloman’s F-22As the 3rd FW’s Raptors from Joint Base Elmendorf-Richardson, in Alaska, are Block 3.1 planes capable to find and engage ground targets using the Synthetic Aperture Radar mapping and drop up to eight GBU-39 SDBs (Small Diameter Bombs) in the air-to-surface role. 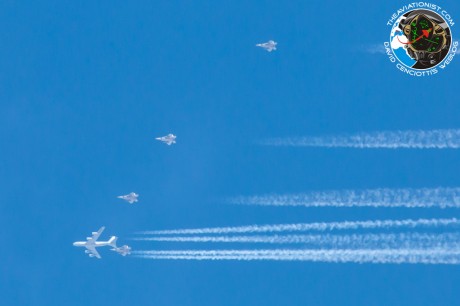 Nobody wants to fly drones

The U.S. Air Force faces a personnel crisis when it comes to the drone pilots. In a report published for the Brookings Institution think tank, Air Force Colonel Bradley Hoagland said UAV recruitment offices does not […]

This is something you don’t see too often! The stunning photographs in this post were taken on Feb. 21, by our friend and photographer Christopher McGreevy. They show a 461th FLTS F-35A from Edwards Air […]