A U.S. Air Force C-130J Super Hercules from the 37th Airlift Squadron based out of Ramstein Air Base, Germany and a KC-135 Stratotanker took part to the 2014 Aeroexpo Marrakech Trade Show.

These assets were chosen because “they are critical to the success of current and future multinational military operations in Africa.”

The importance of aerial refuelers in the region was also highlighted by the Libya War in 2011, when the U.S. had to support the air campaign with the majority of the tankers required to sustain the air strikes.

During its stay at the show, the KC-135 took also part to a training mission, during which it refueled three F-16 Block 52 jets from the Royal Moroccan Air Force as the images in this post show. 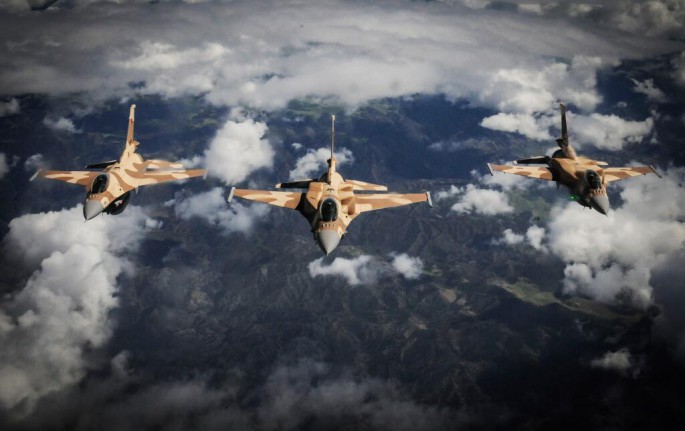 “During A CSAR Mission We Integrated With Puma Helicopters and Su-25 Attack Planes”: A-10 Pilots Recount Their Warthog Experiences

A-10 Thunderbolt II Pilots Speak About The Warthog They Fly Over Afghanistan, Iraq, Korea, and Eastern Europe. Dubbed Warthog, Hog or just Hawg, the A-10 Thunderbolt II, the “airplane built around the GAU-8 Avenger 30-mm […]

The HH-60W is replacing the HH-60G, even if the procurement will be terminated earlier with less helicopters that initially planned. The newest U.S. Air Force combat rescue helicopter, the HH-60W Jolly Green II, has finally […]