On Nov. 21, 12 KC-10 Extenders and six C-17 Globemasters from the 305th Air Mobility Wing conducted a mass launch exercise as part of a training activity at Joint Base McGuire-Dix-Lakehurst, N.J.

The most evident part of the exercise was the impressive “Elephant Walk”, a nose-to-tail taxi formation that saw all the 18 wide bodies move from the parking slot to the active runway. 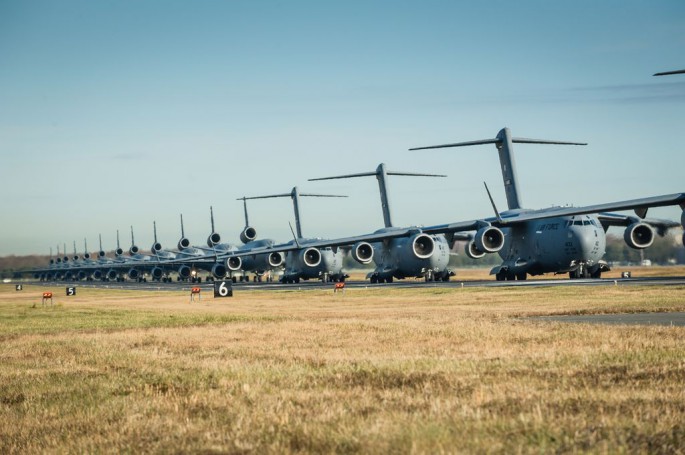 We have taken part in an aerial refueling mission aboard a KC-10 Extender with the 305th AMW. Here is how it went. It’s early and the darkness feels more like night than day. Flight crew […]