During Elephant Walk exercises military aircraft (usually fully armed) taxi in close formation or in sequence right before a minimum interval takeoff and, depending on the purpose of the training event they then either take off or taxi back to the apron. 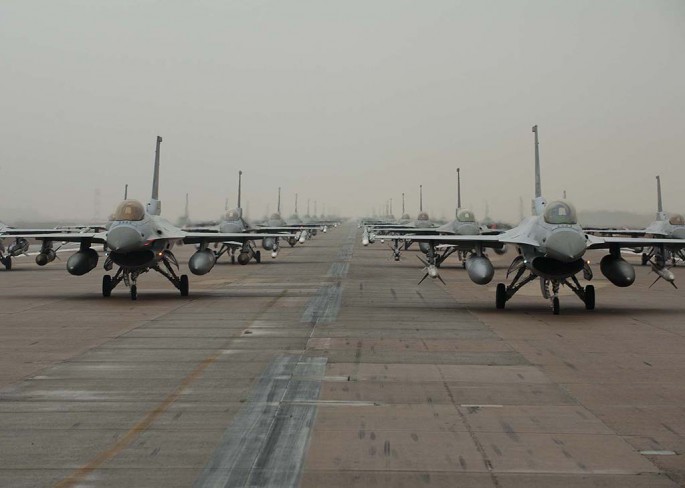 In April 2012, nearly 70 F-15E Strike Eagles took part to one of the largest Elephant Walk to date at Seymour Johnson Air Force Base, N.C.

Last year’s exercise at Kunsan involved about 60 U.S. F-16s and South Korea’s ROKAF KF-16s taxiing down the runway of the South Korean airbase in a collective “show of force” whose primary aim is to test squadron’s readiness to war time operations (and secondary one is probably to impress Pyongyang….).

Since the number of aircraft that took part to the latest Elephant Walk at Kunsan has not been disclosed the question is: how many F-16s can you spot in these photos?

B-2 bombers deploying near the Korean Peninsula. On Mar. 10, the U.S. announced the deployment of three Air Force B-2 stealth bombers to the Asia-Pacific region amid growing tensions with North Korea. The aircraft, from […]

U.S. Air Force MC-130P’s pararescue jumper: “it’s a tough job but someone has to do it”