If I was able to correctly translate what the Chosun website says, the ones below show 60 U.S. F-16s and South Korea’s ROKAF KF-16s taxiing down the runway at Kunsan airbase during an exercise.

This kind of collective display of capability and teamwork, with military aircraft taxiing in close formation right before a minimum interval takeoff, in what is referred to as an “Elephant Walk”, is often performed at airbases all around the world to prepare squadrons for war time operations: what’s important is to test crews capability to quickly and safely prepare fully armed aircraft for a mass launch.

However, even if all the wartime operational procedures are conducted, the aircraft don’t take flight and it’s a pity because I would be curious to see how they would sequence departures to achieve proper separation considered the take-off weight and wake turbulence.

Anyway, an interesting show of force, that will surely impress Pyongyang. 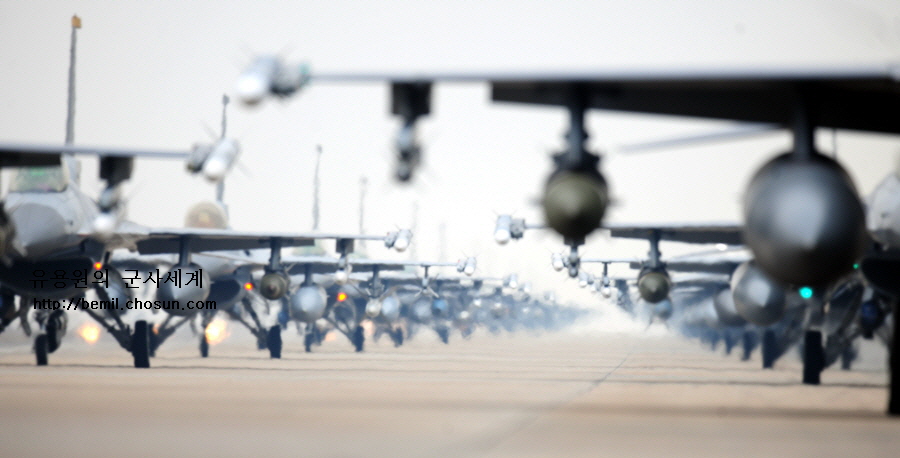 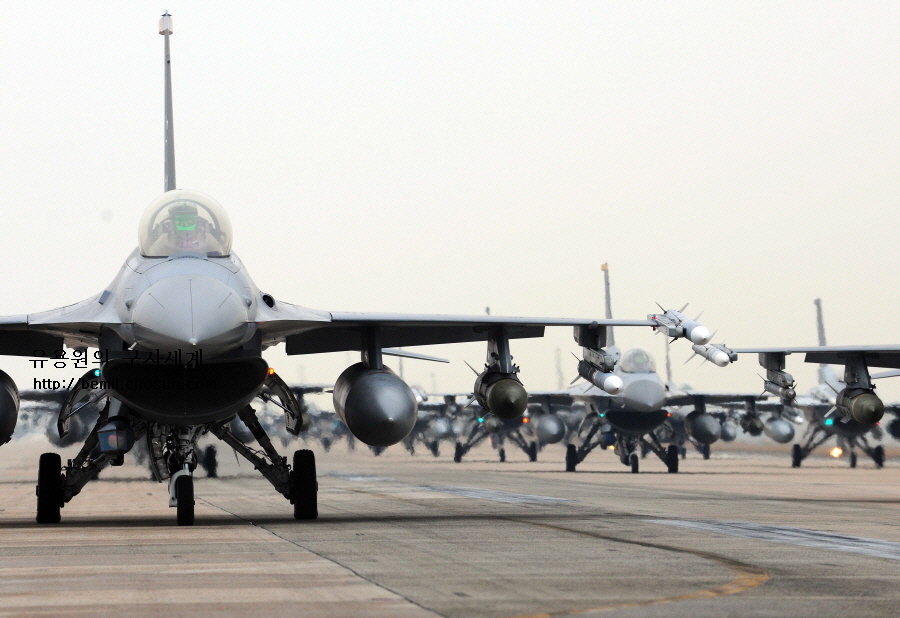 During my career as a journalist, I’ve had some chances to chase other aircraft and take interesting air-to-air pictures. It happened when I took the a/a pics of the F-104s, of the AMX, Tornado F.3, […]