On Nov. 15, an F-22 with 43th Fighter Squadron crashed near Tyndall Air Forcer Base, Florida. Here below you can find the first images of the crash site released by 325th Fighter Wing officials who are continuing to investigate the crash.

Fortunately, the pilot ejected safely from the plane and was rescued by the first responders in less than two minutes. 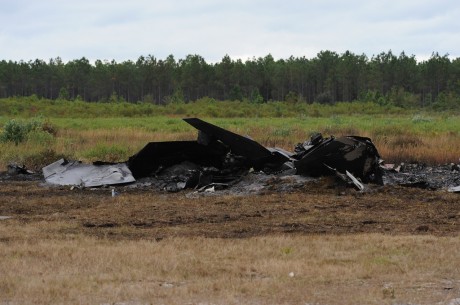 In April 2016 we visited 14th Flying Training Wing at Columbus AFB, Mississippi. Here’s our report. In an era when unmanned flying is becoming a normality, the U.S. Air Force is expanding its pilot training […]