NATO chief Anders Fogh Rasmussen tweeted on Monday Nov. 19 that NATO would consider a request from Turkey to deploy Patriot anti-missile systems along its border with Syria.

Al Arabia website quotes Rasmussen as saying: “we will consider any request as a matter of urgency.” Rasmussen went on to add: “The situation on the Syria-Turkey border is of great concern. We have all the plans ready to defend and protect Turkey if needed. The plans will be adjusted if necessary to ensure effective protection of Turkey.”

Only two countries in Europe operate the Patriot anti-missile system, those being The Netherlands and Germany. German Defence Minister Thomas de Maiziere was quoted as saying the he expected a request on Monday. 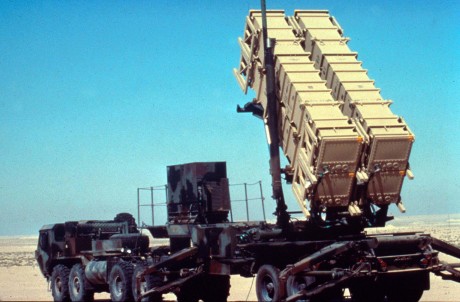 Dutch News website Volksrant says that the Dutch government has positive thoughts towards the request and would seek to gain a majority verdict in the Dutch Parliament. It should be pointed out that the Netherlands deployed its Patriots to Turkey during both Gulf Wars to provide protection from Iraqi Scuds.

Similar noises are coming out of Berlin. According to the German website DW, the deployment would be the first ever to a war zone for the anti-aircraft missile squadron.

Based near the German town of Husum near the Danish border the Patriots have never been fired and according to DW the German government has sought to save costs by halving the Patriot capability by 2015 and will remove them from service totally by 2025.

One or two German units could be deployed very soon, although the German government is concerned as they do not want to be drawn into the Syrian civil war.

As of writing, no formal announcement has been made as to whether Turkey has made a request or if it has, whether NATO has agreed to send the missiles to the border area, nothing has been released on the NATO website.

Update Mar. 8 19.30 GMT Recorded on Mar. 2, 2012, the following video shows a Syrian Air Il-76 unloading vehicles and weapons (according to the Youtube title), at Hamah airbase, in western Syria. Actually, based […]