Grounding has been lifted with some restrictions. That’s why the F-35Bs will not be able to cross the Ocean to attend the Farnborough International Airshow.

On Jul. 15, the Pentagon announced the fleet wide grounding has been lifted after investigation on the issue that caused the engine fire on an F-35A CTOL (Conventional Take Off and Landing) on Jun. 23 did not highlight a systemic problem.

The root cause of the fire has been identified in excessive rubbing between the turbine blades and the cowling, a problem not endemic to the fleet, based on the inspections of the other F-35 engines;  still something that must be closely monitored.

That’s why the return to flight is restricted: the F-35s can’t fly faster than Mach 0.9 and are limited to 18 degrees of angle of attack. The envelope is limited from -1 G to +3 Gs and, above all, after three hours of flight time, each front fan section of each engine has to be inspected with a borescope.

Therefore, the aircraft can’t undertake a long range ferry flight across the Pond and for this reason the four F-35B STOVL (Short Take Off and Landing) currently stuck on the ground at NAS Patuxent River (three of those expected to fly to Europe along with a RAF F-35B out of Eglin Air Force Base) will not be able to attend FIA 2014 in the UK.

The official cancellation of the FIA participation brought speculations and rumors, confirmations and denials, to an end. 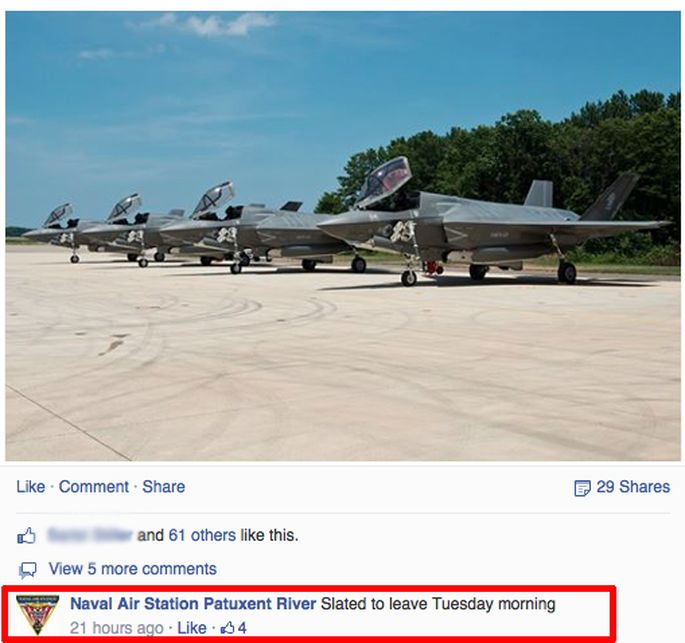 “Because I was Inverted! (AGAIN!)” C-130 Super Hercules Pilot Gets Upside Down at Farnborough