On the first day of Farnborough 2012, the Airbus 380 proved to be (almost) as maneuverable as a smaller, fast jet as it created impressive condensation clouds around its flight surfaces.

Here’s an image showing the amazing steep take off of the Malaysia Airlines Airbus 380, taken by The Aviationist’s photographer Giovanni Maduli on Jul. 10.

Ok, it’s not even comparable to an F-15, but its agility is stunning. 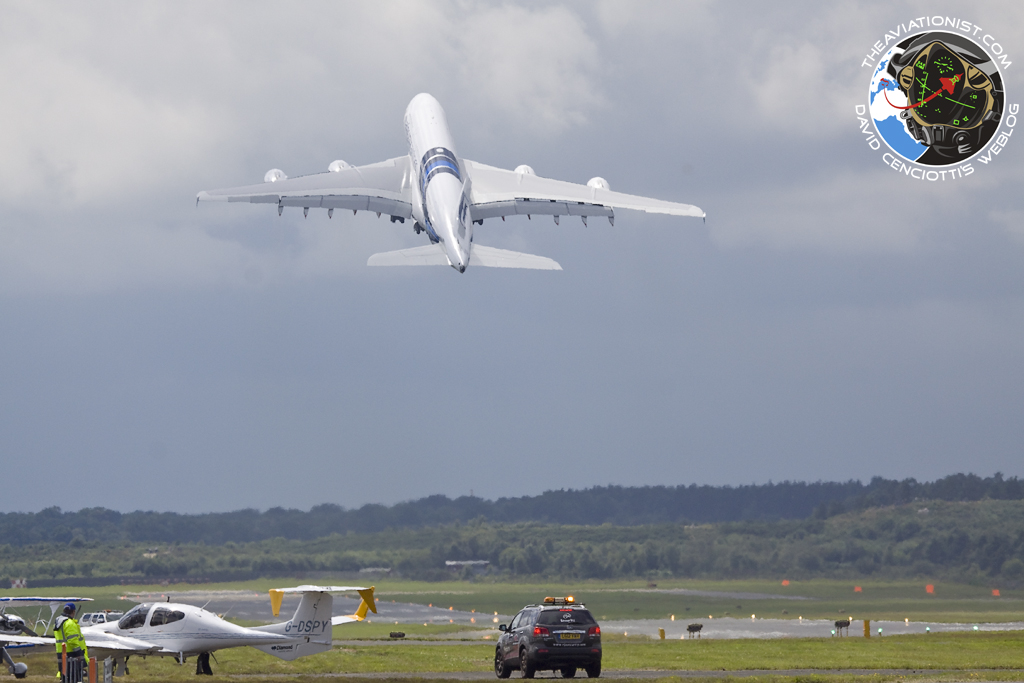 Even if nothing has been decided yet, it looks like the F-35 could still be able to attend Farnborough International Airshow in the UK. As the fleet remains grounded by a flight ban announced on […]

Although its flight display is far from being exciting (at least if you compare it with the one of the Super Hornet), the V-22 Osprey, with its tilt moving nacelles, is one of the highlights […]