Interesting new pod for the F-35 on display at FIA12.

I was visiting the booth of Terma, a Danish firm, at Farnborough International Airshow 2012 last day, when I stumbled upon an interesting “F-35 Multi Mission Pod”.

The F-35 pod is a full monocoque composite structure in carbon fiber that can be used to expand the JSF’s special mission capabilities, by allowing the plane to fly “Next Generation EW and ISR systems, such as Jammers and EO sensors” as well as an external cannon.

Here’s a shot I took of the pod:

Since, it was engineered and flown in February 2012 I wonder whether it actually contained a 25 mm cannon (as Naval Air Systems Command affirmed at the time) when it appeared underneath the F-35 for the first time on Feb. 22, 2012.

Indeed, I can’t see any clear sign of a barrel coming out of it in the images available so far. But it may use a new system I don’t know yet…

Anyway, here below you get a back view of the pod. 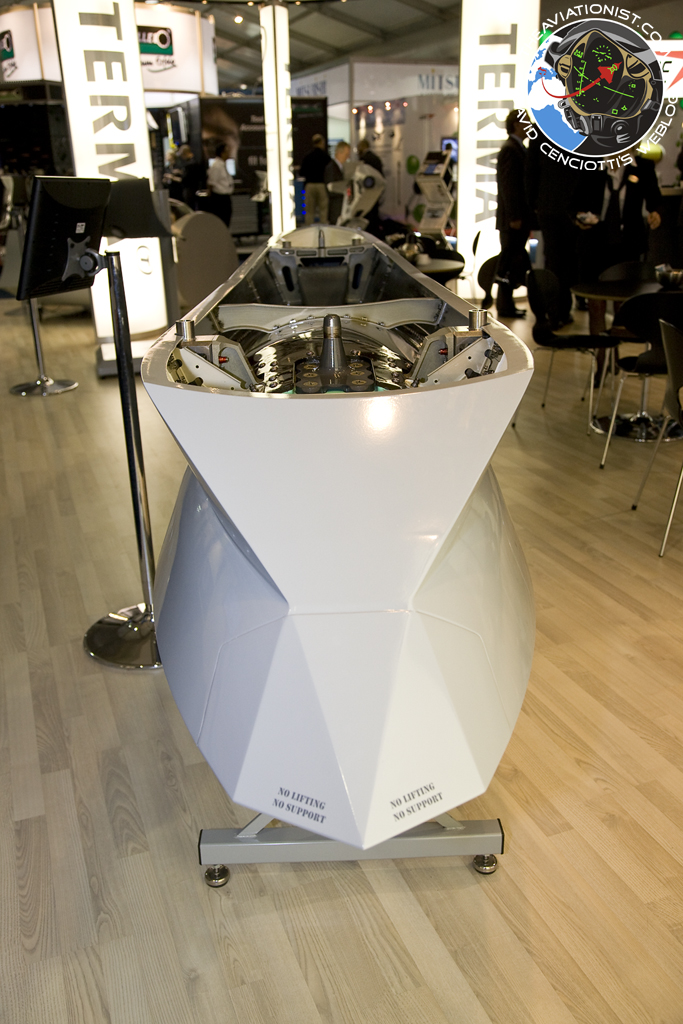 Large Number of Air Force F-35As to Red Flag 17-1, Navy Works Through F-35C Launch Problem, Marines Continue to Lead in F-35B Integration. January of 2017 has been a busy month for the ongoing integration […]

First Italian F-35A rolled out of Cameri facility. On Mar. 12, the first F-35A Lightning II destined to the Italian Air Force rolled out of the Final Assembly and Check Out (FACO) facility at Cameri, […]