The one depicted in the following pictures is the most adveniristic combat pilot’s flight helmet ever developed.

It is called “HMDS Gen II” and it is produced by Vision Systems International (VSI), the same company that has designed the very well known JHMCS (Joint Helmet Mounted Cueing System) worn by all the F-15, F-16, F-18 pilots of the U.S. armed forces and by aircrew of several other nations.

The HMDS Gen. II integrates FLIR (Forward Looking Infra Red) and DAS (Distributed Aperture System) imaging, night vision (without somehow uncomfortable NVGs – Night Vision Goggles) and, above all, a virtual HUD (Head Up Display) into a single helmet that weights less than 5 lb. including all compontents.

The Virtual HUD technology will make the F-35 the first front line combat plane without a “conventional” HUD:  the essential flight and weapon aiming information are project onto a virtual HUD on the visor. Fusing all the information coming from the plane’s sensors along with imagery fed by a set of cameras mounted on the jet’s outer surfaces the system provides the pilot with a X-ray vision-like imagery: he can see in all directions, and through any surface, with his HUD symbology, needed to fly the plane and cue weapons through the line of sight imagery, no matter where the pilot turns his head.

Unlike other technologies, it is not an add-on to an existing helmet: it is a brand new, balanced, composite carbon fiber helmet designer with laser measurements of the pilots’ head. Each pilot will have his own HMDS and not only the U.S. Joint Strike Fighters will have one: each F-35 program nation will use the VSI helmet.

Such an advanced technology is still facing some problems: jitter, latency and decreased night-vision acuity; issues that are currently being solved.

The HMDS Gen. II can be integrated on many current combat planes (even some “competitors” of the F-35) and it was evaluated for the Saab Gripen NG. 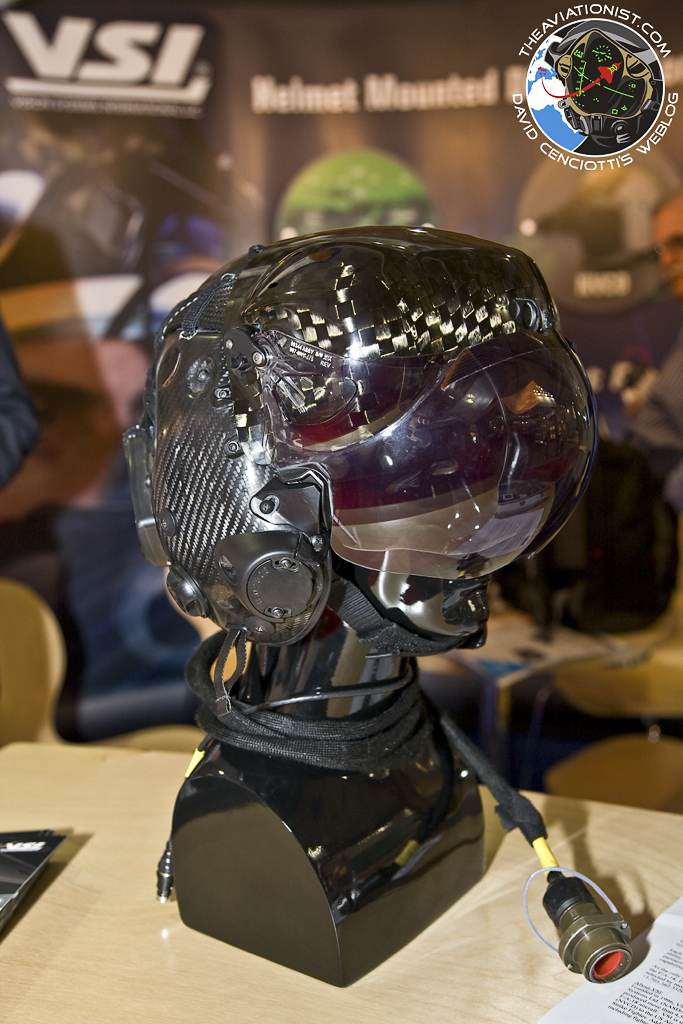 Equipped with new P1E software, a Eurofighter Typhoon in a multirole configuration featuring both air-to-surface and air-to-air weapons (2 GBU-16 plus 1 Laser Designation Pod plus 2 AIM-9L plus 2 underwing tanks) recently conducted the first […]