While Day 1 was opened by a memorable Red Arrows and Avro Vulcan formation, the second trade day of Farnborough International Air Show 2012 air display was kicked off by a U.S. B-52.

Coming from RAF Fairford as “Scalp 99” (reportedly 60-0042/BD belonding to the 93 BS from Barksdale Air Force Base, Louisiana), the B-52H performed a flyover before heading back to the U.S. though the Daventry corridor. 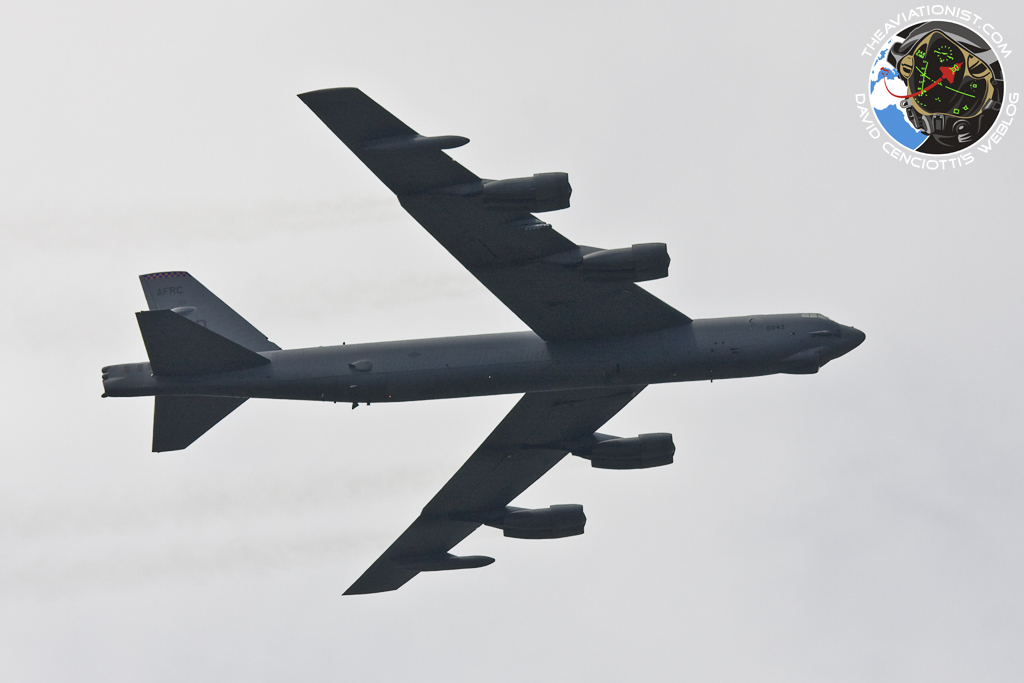 Taken on Jan. 24, during Red Flag 13-2 currently underway, the following cool image shows a B-52 Stratofortress from Barksdale Air Force Base, La., banking on approach to Nellis Air Force Base with Las Vegas […]

Dutch F-16s intercepted U.S. B-52 bombers over Europe. And took some awesome photographs