The following picture was taken by The Aviationist’s photographer Giovanni Maduli during the opening flyover of the Day 2 of the Farnborough International Airshow 2012.

The B-52H, using callsign “Scalp 99”, performed the flypast and then joined up with a KC-135 for air-to-air refueling before heading towards the U.S.

I must admit that a Stratofortress approaching your position at low altitude, clearly visible from distance because of the eight smoky engines, is still an impressive (and quite scary) sight! 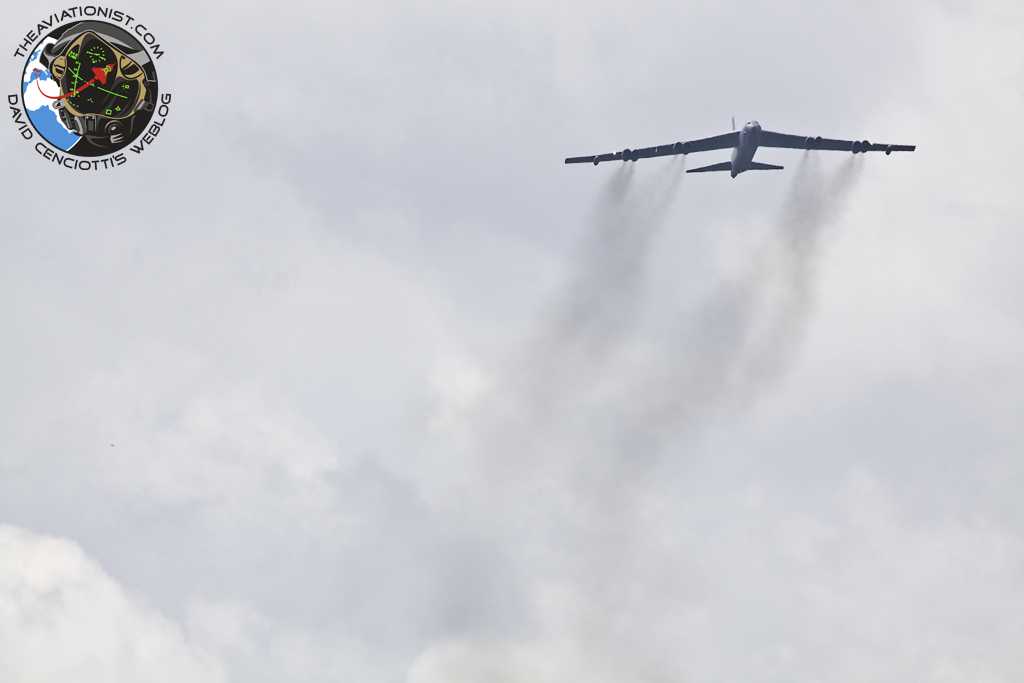 Two Russian Strategic Bombers to fly in the U.S. next year. And two B-52s to return the visit.

According to the reports published on some Russian media outlets, reportedly based on news provided by ITAR-TASS, two Russian Tupolev Tu-95 MS Bear planes will fly in the U.S. in 2013. According to Lt. Gen. […]

A quick look at the B-52 Stratofortress and its incredible career. Even though it is 60 years old, the B-52 still plays a major role in the U.S. deterrence policy. The Stratofortress is a long-range, […]