You will not find many official photographs of the Israeli airmen. Even less showing their custom-modified flight gear.

However, an interesting image released by the Israel Defence Force, not only shows an Israeli Air Force F-15I backseater during an inverted climb above Judea and Samaria (with the Dead Sea clearly visible on the right), but gives also a close up view the visor of his DASH (Display And Sight Helmet). 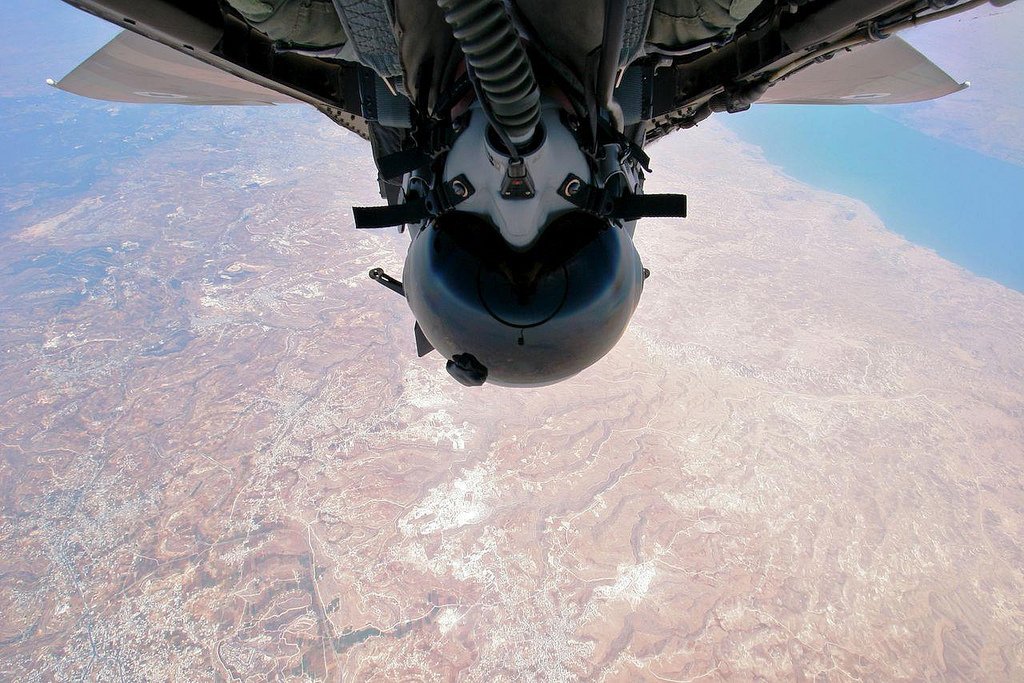 Obviously, the picture doesn’t provide many details about the helmet. Still, it gives an idea of the shape of the visor where information imagery (including aircraft’s airspeed, altitude, weapons status, aiming etc) is projected so as to enable the pilot to look out in any direction with all the required data always in his field of vision.

DASH helmets enable pilots to aim weapons against enemy aircraft merely by pointing their heads at the targets. Based on the pilot’s Line-Of-Sights (LOS) relative to the aircraft measured by the DASH and transferred to other aircraft systems, all the on board systems and weapons are enslaved to the target.

Therefore the DASH is quite similiar to the U.S. JHMCS (Joint Helment Mounted Cueing System) used by F-16s, F-15s and F-18s (not by F-22s): they are normal Gentex helmets fitted with Israel’s Elbit Systems optics.

New theories about the Stealth Black Hawk emerge as the UH-60 turns 40.

The famous Stealth Black Hawk helicopter revealed by the Osama Bin Laden raid is one of the hot topics of this blog. I still receive many comments about readers who give hints about the actual […]